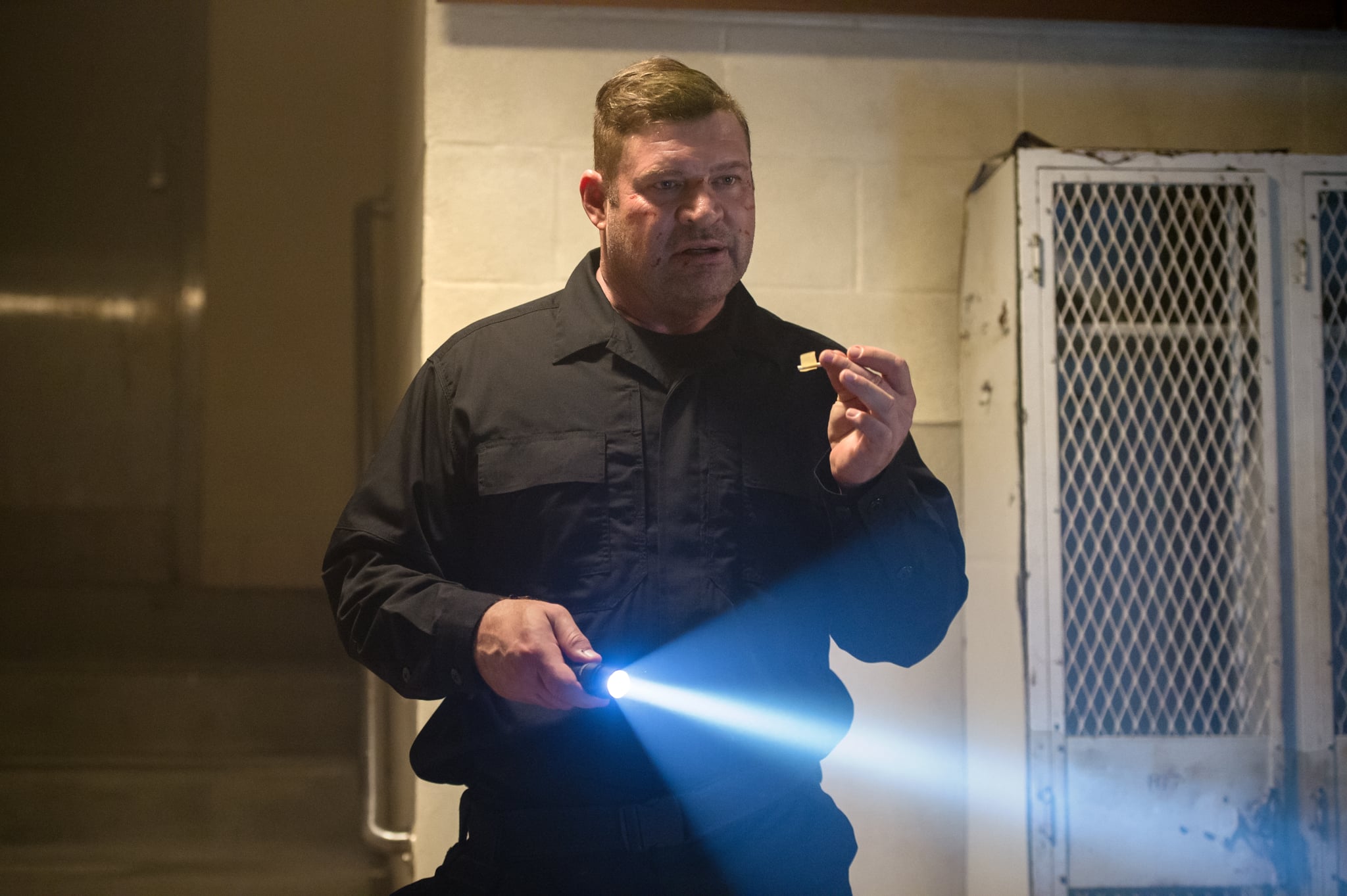 Remember that big, scary guard who tortures prisoners on Orange Is the New Black? Yeah, well, he gets a taste of karma at the end of season five. In case you need a refresher on what happens to Corrections Officer Desi Piscatella (Brad William Henke), here's what you need to know.

When we first meet him, he's a guard for the maximum-security facility on the Litchfield Penitentiary property. However, when the general population begins getting out of hand, he steps in. But why is Piscatella's death possibly the work of karma? Fast-forward to season five when inmates take over the prison, including the guards. Piscatella sneaks in, starts taking women one by one, and ties them up in a vacant room in a deserted hallway of the prison. With Piper, Alex, Book, Nicky, Blanca, and Red in his custody, he physically hurts them and makes emotionally abusive statements toward them.

With the help of other inmates who witness Piscatella's violent behaviour, the six women are freed, and suddenly he becomes the one tied up. At this point, the SWAT team has infiltrated the prison and begun bringing inmates out of Litchfield in what can only be described as a wild scene between the duelling sides.

The riot, which has occupied the entire season, is coming to an end, and the remaining handful of inmates decide to let Piscatella walk out of the prison by himself. When he steps into the dark hallway to make his way toward an exit, he tries to identify himself to the SWAT team he hears approaching. But a young SWAT team member jumps the gun, literally, and shoots Piscatella in the head. It's a shocking way to end season five and only makes us more anxious and excited for when season six opens for streaming on Netflix.

While we've seen our fair share of flashbacks on Orange Is the New Black, it's highly unlikely that Piscatella will appear in any upcoming ones. The actor isn't listed as part of the cast for this year, and he's moved on to a few other projects. Honestly, good riddance!