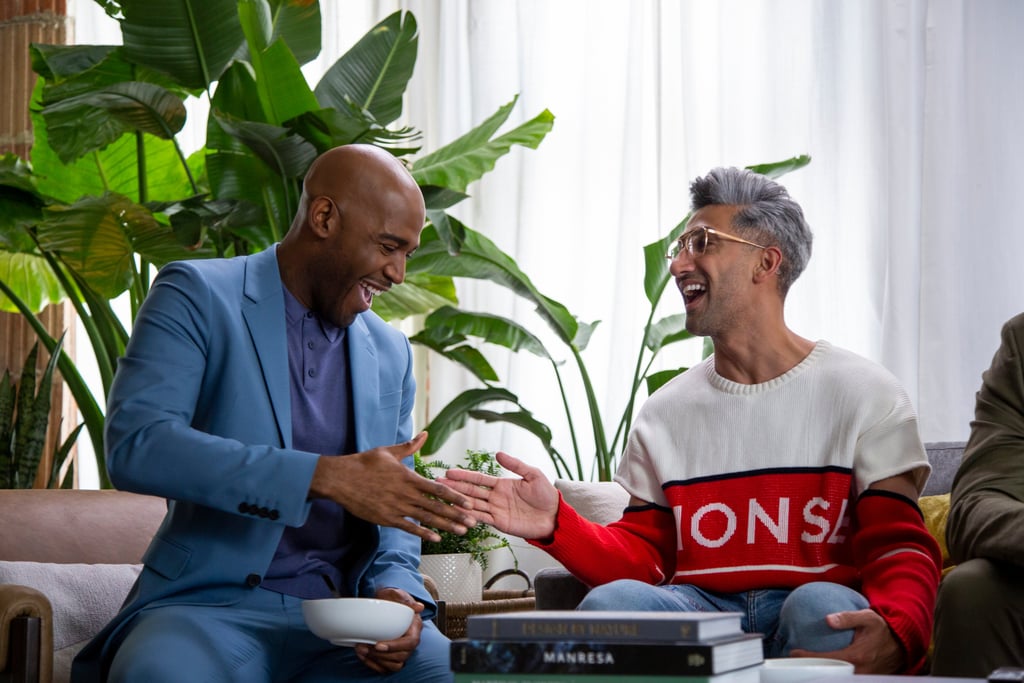 If you haven't started Queer Eye season three yet, what are you waiting for? The Netflix series dropped new episodes this weekend, and within five minutes of the first episode, Tan France started an international debate. Yes, really.

As the Fab Five were on their way to meet hero Jody Castellucci, France gave a brief introduction. He listed off her interests which include eating "deep fried squirrel." But, hold up — the way France pronounced "squirrel" could not be ignored by the rest of the crew. They quickly burst into laughter, and France was quick to defend himself by confirming that he is, indeed, pronouncing it the right way. "'Skworl' is a noise, squirrel is a word," he said.

Fans of the show are now divided over the pronunciation. English viewers are firmly settled in France's camp, while Americans are quickly aligning themselves with the other four guys. Check out the hilarious reactions popping up on Twitter below. The one thing everyone can agree on? Season three is an absolutely must-see.