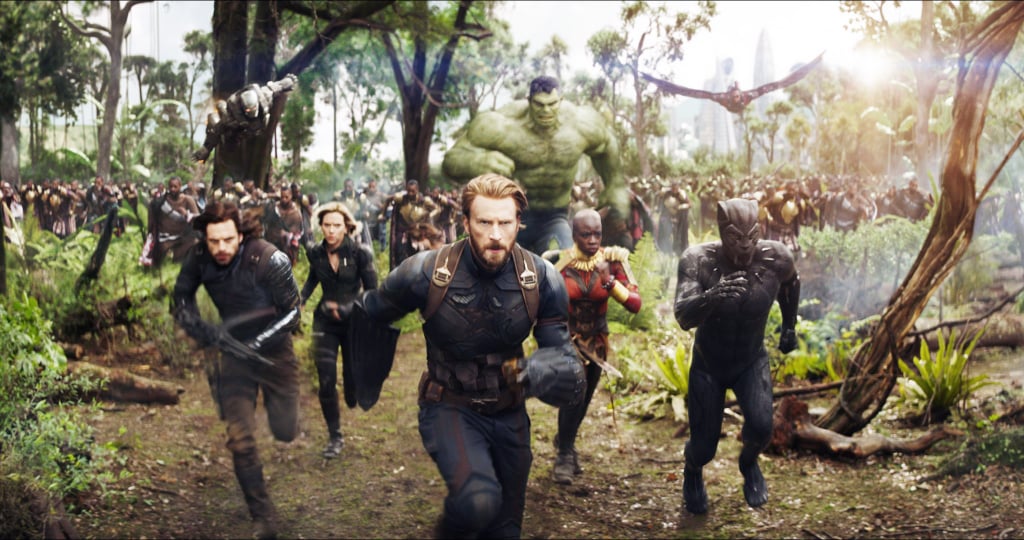 Spoiler alert! The following contains major plot spoilers for Avengers: Infinity War, so proceed at your own risk.

Bucky Barnes just can't catch a break, can he? The poor guy — also known as the Winter Soldier, also known as The White Wolf — has been through a lot during his time in the Marvel cinematic universe, between being brainwashed into a brutal assassin, becoming an enemy of the state, outliving all of his loved ones (except Steve Rogers), and losing his arm. Then, in Avengers: Infinity War, Bucky has finally found peace through his asylum in Wakanda: he's raising goats, has a fun new nickname, and generally seems to be enjoying himself in his lil' Wakandan abode.

Until f*cking Thanos comes along.

Much to the dismay of Marvel fans everywhere, Bucky is the first hero to disintegrate into the abyss when the mad titan completes the Infinity Gauntlet and snaps his fingers. Like I said, the poor dude just can't catch a break.

Understandably, many Bucky fans — who just wanted the poor guy to raise his goats and enjoy the rest of his life in peace — are devastated by his apparent death. So, as many of us tend to do in this internet age, they turned to social media after walking out of Infinity War to air their grievances about his untimely death.

If you're upset by the loss of Bucky Barnes, then you'll either find solace in these fan reactions or you'll absolutely hate having to relive his emotional loss. Don't say I didn't warn you!

Previous Next Start Slideshow
Avengers Infinity WarMarvelMovies
Around The Web

Celebrity Style
J Lo Posted a Picture in a Gorgeous Wedding Dress, but It's Not What You Think
by Nikita Charuza 17 hours ago