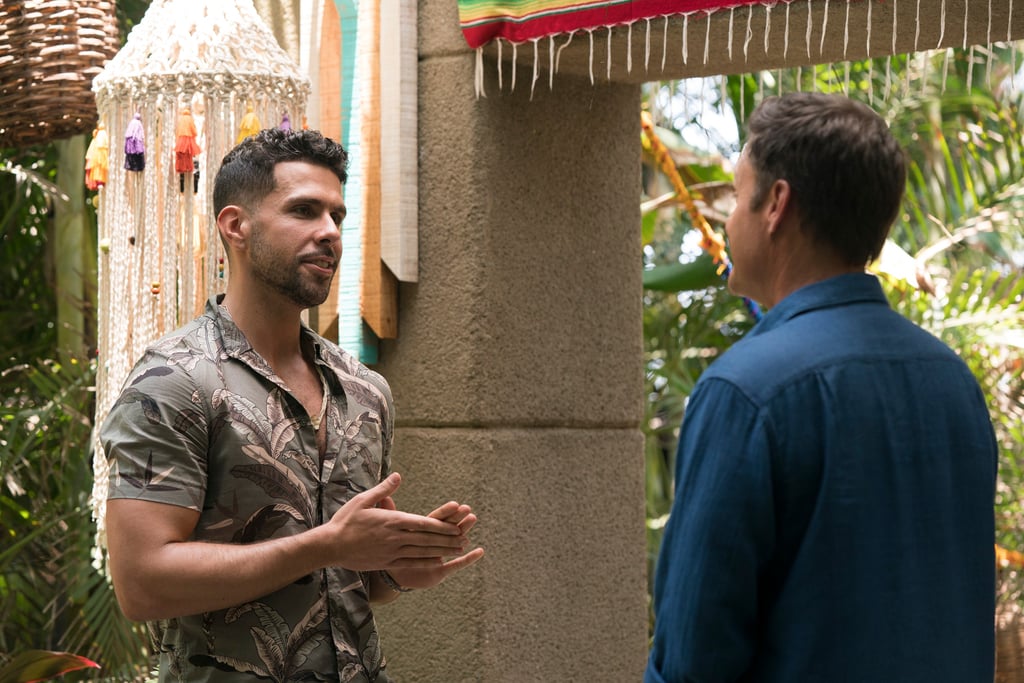 There's nothing that brings Twitter together like the opportunity to hate on a douchey man. After Monday night's episode of Bachelor in Paradise, Bachelor Nation definitely found said man to hate.

The Colton/Tia/Chris triangle finally reached a conclusion, but before it did, Tia had to confront Chris about his makeout with Krystal. The conversation that ensued was dizzying to watch, with Chris jumping to defend himself using the most asinine excuses. Obviously, going out on a date is not the same thing as making out with someone, so he's done no wrong! (His words.) As soon as Krystal walked into the conversation, he suddenly turned it onto Tia, asking her what he's supposed to do when she wanders off to talk to Colton all the time. Of course he has to start looking for other options. So Tia, visibly bewildered by how this conversation has taken a turn, said that she is taking herself out of the situation, which causes Chris to loudly assert that he already took himself out of the situation before the conversation even started. Sure, Chris.

Bachelor Nation was up in arms with Chris's gaslighting, especially since he is well known for his nonsense. Take a deep breath and check out some of their standout tweets.

Previous Next Start Slideshow
Twitter ReactionsBachelor In ParadiseTV
Around The Web