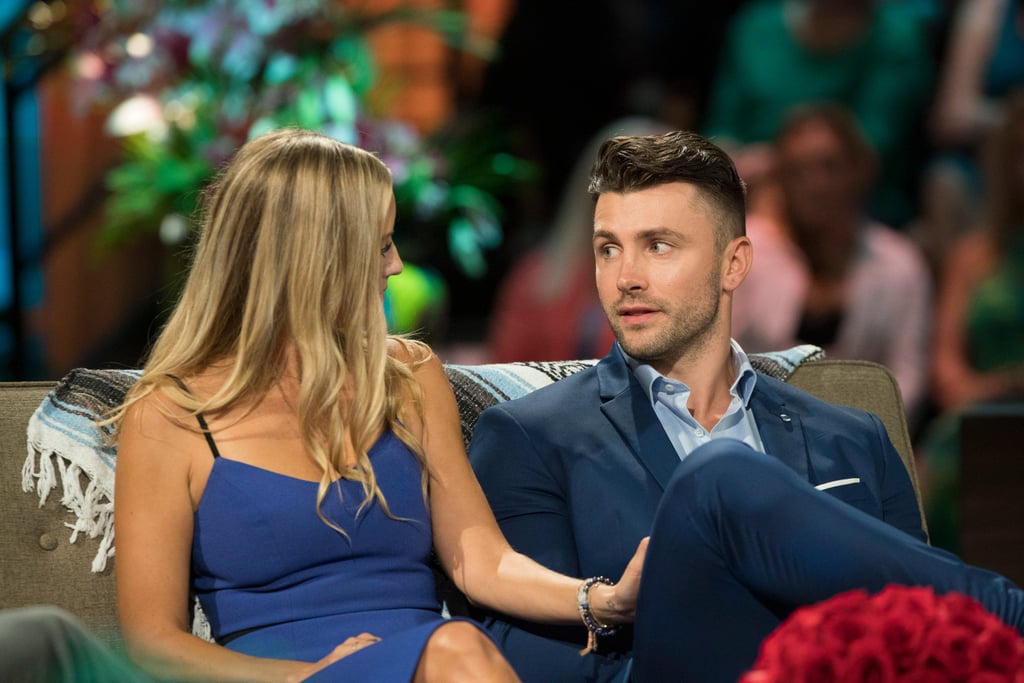 In 15 Seconds, Kamil Became Bachelor Nation's Newest Villain, and Fans Are Fired Up

Step aside, Leo, Kamil's got it from here. During season five of Bachelor in Paradise where the villains were aplenty, Polish sausage aficionado Kamil Nicalek took the bad-guy crown during Tuesday night's finale. Kamil and Annaliese Puccini connected in the middle of the season and took things to the next level when deciding to go to fantasy suites, but all of Annaliese's hopes and dreams came crashing down when Kamil savagely broke up with her during the reunion. While many fans picked up on Kamil's insincerity and the fact that Annaliese had similar emotional relationships with other members prior to Kamil's arrival, we can't ignore the brutality of their breakup.

From the moment Kamil sat down on the couch alongside Annaliese, he couldn't look her in the eye and started reciting his own feelings. She pleaded with him, referencing the Airbnb they had booked for this week, and even revealed that she tried to break up with him "two weeks ago." Fans started booing him off the stage, and just like that, Kamil became Bachelor Nation's newest villain. Since Tuesday's airing of the Bachelor in Paradise reunion, Kamil has tweeted about his "experience" and having "respect" for Annaliese. Read on to see Kamil's tweets and how fans are appalled over this brutal breakup.

Related:
Bachelor in Paradise's Season 5 Finale Was Truly Its Most Dramatic Yet
Previous Next Start Slideshow
Twitter ReactionsBachelor In ParadiseTV
Around The Web