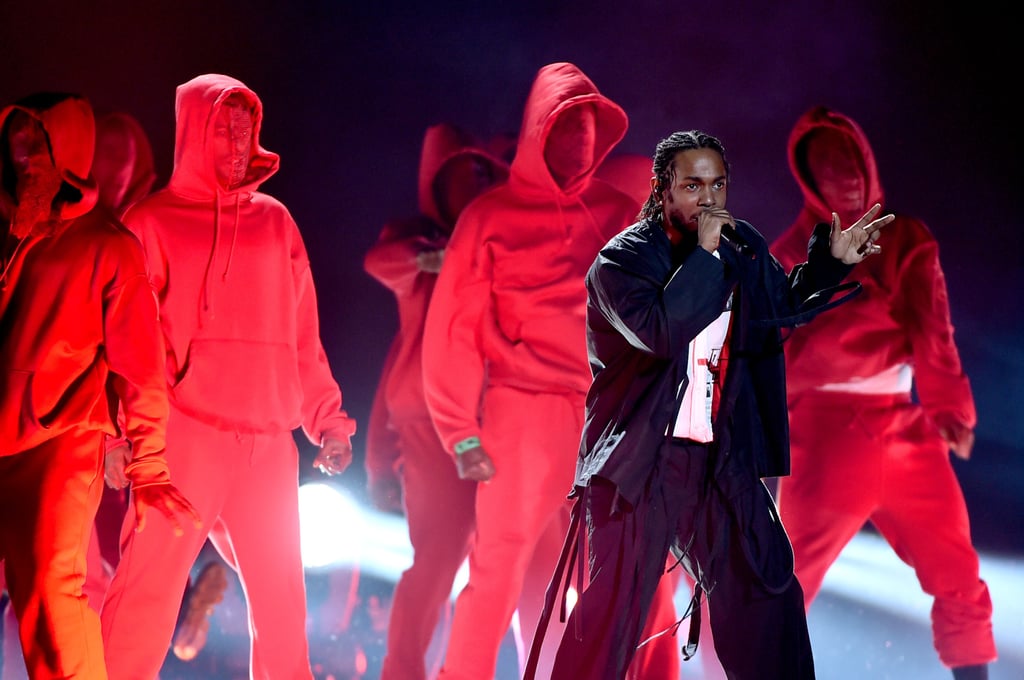 Kendrick Lamar's performance might have been just the beginning of the 2018 Grammy Awards show, but after he finished his time on stage, people were ready to turn off their TVs and call it a night. The rapper's passionate, political, and self-described satirical performance featured not one but two special guests — U2 and comedian Dave Chappelle — and had people buzzing all over social media. Fans compared Lamar to Beyoncé, swore their allegiance to him as president, and declared him the greatest artist of our time . . . and that was just the start. Lamar went on to win several awards, including best rap song and best rap album.

Read on to see the most enthusiastic responses to Kendrick Lamar's epic performance, then follow along with the rest of our Grammys coverage to see other big moments from the night.