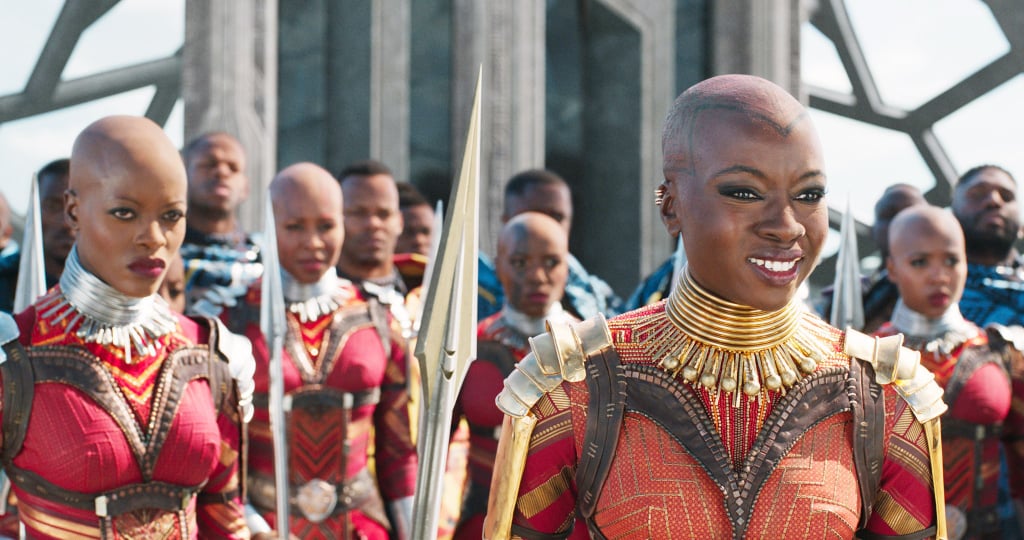 Look, we're sorry to King T'Challa (Chadwick Boseman) and Erik Killmonger (Michael B. Jordan), we really are . . . but there is one character who reigns supreme in Black Panther, and she's not interested in sitting on the throne of Wakanda. Her name is General Okoye, and she's here to throw wigs, kick ass, and take names. Played by The Walking Dead fan-favorite Danai Gurira, Okoye is absolutely magnetic throughout the film. Whether she's making professional hitmen look like toddlers on the playground, causing fierce war rhinos — yep, they're a thing — to halt dead in their tracks, or verbally roasting her own ex-lover on the battlefield, Okoye is impossible to tear your eyes away from during the movie.

As head of the Dora Milaje (an elite all-woman squad of royal Wakandan bodyguards), Okoye has plenty of opportunities to showcase her fighting prowess throughout the movie. But moviegoers are obsessed with the character for more reasons than just her strength; Okoye's loyalty, smarts, and passion are evident in every scene, thanks in large part to Danai Gurira's flawless portrayal. Check out these understandably passionate tweets from Marvel fans, then follow along with the rest of our Black Panther coverage to learn even more about Okoye.