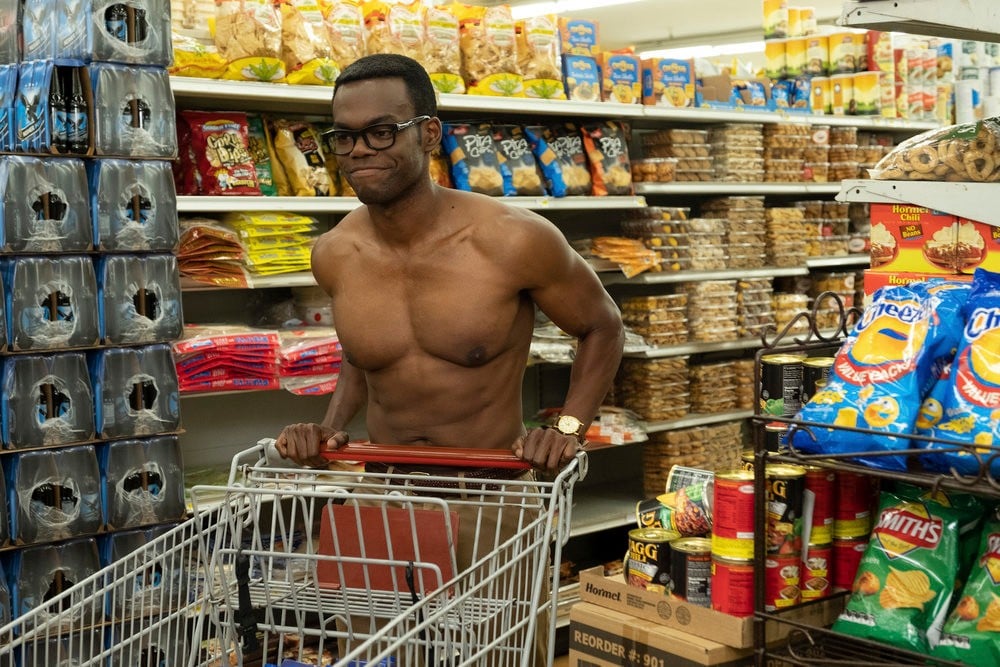 The Good Place: We Learn What Eleanor Knew All Along — Chidi Is Seriously Jacked!

If there is one thing we can all appreciate in a good fantasy-comedy about morals and philosophy, it's a shirtless scene. The fifth episode of The Good Place's third season introduces viewers to a sight they never knew they needed: our favourite deceased ethics professor, Chidi Anagonye, in all his shirtless glory.

Warning: Spoilers for The Good Place ahead.

In "Jeremy Bearimy," Eleanor, Chidi, Tahani, and Jason discover the truth about the afterlife and learn that as such, they'll never be able to get into the good place. The knowledge that their actions don't matter and they'll be going to hell regardless breaks the group's spirit, though some more than others. Saying that Chidi goes into a full-on existential crisis would be an understatement; Chidi is known for his breakdowns, but this one is definitely one for the books.

While spiraling out, Chidi proceeds to buy $880 worth of candy and cook it into a pot of chili during his philosophy class, effectively wigging out his students. But most importantly he spends at least two minutes of on-screen time with his shirt off. Surprise — as Eleanor previously mentioned in season one, "[Chidi's] surprisingly jacked!"

Actor William Jackson Harper admitted that going shirtless in public is "one of my five biggest fears." The 38-year-old actor revealed that childhood bullying made him terrified of showing off his body on camera, but he pushed through to complete the scene. As the twitter reactions ahead will show you, fans all deeply appreciate his dedication to his craft.