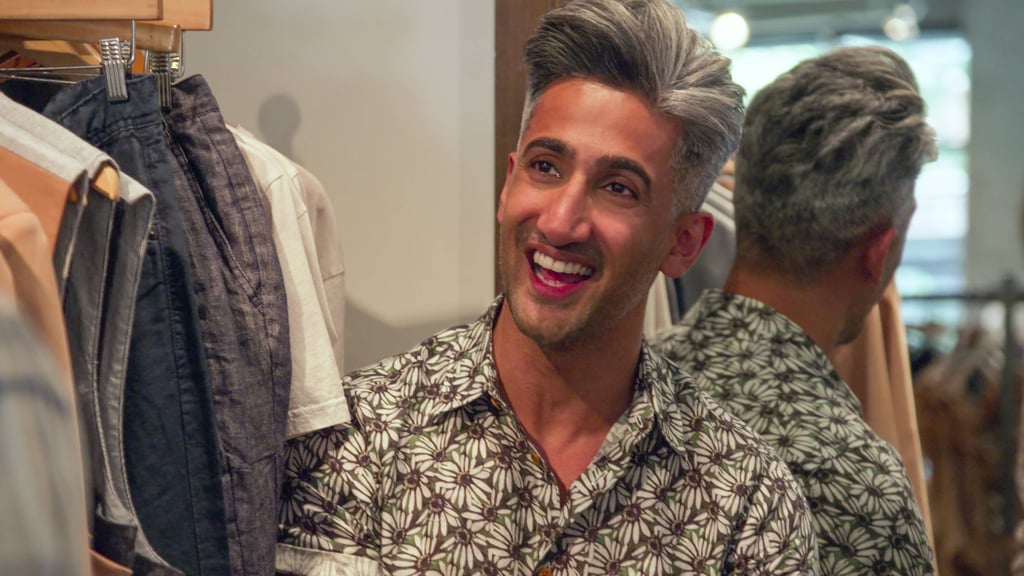 Apart from buckets of tears, each season of Queer Eye has so far imparted its own learnings and buzzwords. While the show's debut season highlighted Antoni Porowski's persistent predilection for avocados, the recently released second season really sheds a light on Tan France's French tuck fascination.

Now, if you've yet to see the season, you might be wondering what in the Yass, Australia, is a French tuck. It's simply used to described when a shirt is loosely tucked in the front but untucked in the back, which France says creates a slimming effect. That's a chill little fashion tip, right? The only thing is, the show's sweet style expert does mention it quite a few times — so much so that the internet could not help itself from commenting on France's newfound obsession. Ahead, enjoy some of the best tweets to come out of France's favourite styling trick.

Related:
Are You Still Weeping Over Queer Eye's Second Season? You're Not Alone
0
previous images
0
more images
Previous Next Start Slideshow
NetflixQueer EyeTV
Around The Web

Music
Mariah Carey Sings "Always Be My Baby" at Home, Reminds Us She Invented High Notes
by Karenna Meredith 1 hour ago

Love Is Blind
Love Is Blind: Why We Need More Contestants Like Lauren Speed in Season 2
by Kayla Bickham 2 days ago

Westworld
Decoding Westworld: Here's WTF Is Going on in Season 3 So Far
by Chrissy Bobic 2 days ago