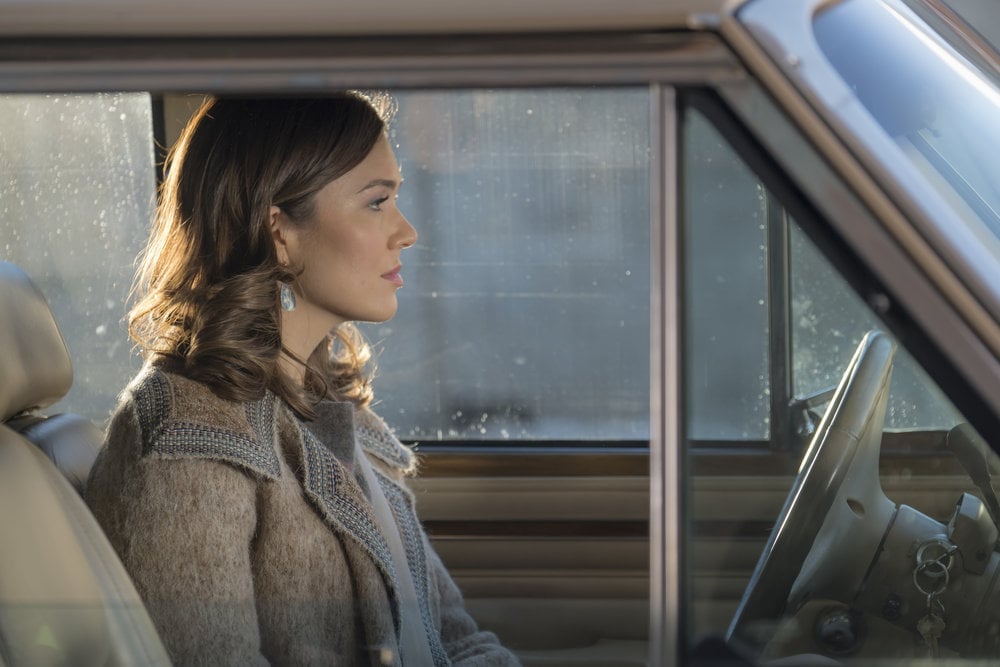 As the Pearsons realized their house was on fire in the "Super Bowl Sunday" episode of This Is Us, they acted quickly and focused on the most important thing: getting everyone out ASAP. And when young Kate and Randall watched with incredulous eyes as their home went up in flames, their mom reassured them with the comforting words of a parent: "It's just a house."

Rebecca remained calm and collected through those devastating moments because she knew that as long as the family still had one another, material possessions meant nothing in comparison — at the time, she thought everything would be OK. But her reaction when she later drove by the ruined home and burst into tears was the polar opposite, and one This Is Us Redditor pointed out exactly why the difference is so significant and heartbreaking.

Rebecca's reaction to her burnt house from r/thisisus

Related:
So Now That We Know How Jack Dies, Who's Next on This Is Us?

The first time we see the scene of Rebecca breaking down in the car with Jack's possessions next to a burned-down house is in episode one of season two, "A Father's Advice." We hadn't yet learned of Jack's cause of death. Flash forward to "Super Bowl Sunday" after Jack tragically dies in the hospital, and this time around, we realize Rebecca isn't just mourning the loss of a home and the objects inside; she's grieving all that was lost with it and realizing Jack can never be replaced.

Reddit user RandomBuffer puts the contrast between Rebecca's first reaction and the second beautifully, saying, "These two instances really resonated with me. They have lost everything they built together, but they all have each other, [and] Bec is not in the least sad that her home is down. But the moment she loses Jack and views her home again, it hits her that whatever she built and whoever she built it with, are both gone." Even after the episodes are over, This Is Us has the ability to turn us into a wreck all over again.

Image Source: NBC
This Is UsRedditTV