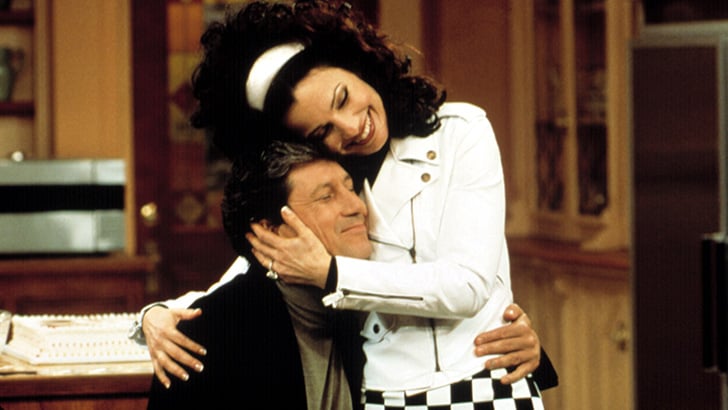 Get your cup of coffee and favourite piece of cake ready, because a reboot of The Nanny might truly be in the works this time.

Fran Drescher, who cocreated the sitcom with her ex-husband Peter Marc Jacobson, recently teased the possibility is actually more of a reality. "We're talking about it. Peter and I are taking about it," Drescher told Entertainment Tonight. "We're working on a very big project. It's going to be very exciting for the fans, but I'm not at liberty to announce it yet. But it's gonna be big."

It's been almost 20 years since the show's finale, but over the years Drescher has spoken candidly about wanting to bring the show back. If a reboot were to actually happen, though, Drescher said her character would most likely be different than the Fran Fine we saw in the sitcom's original run.

"She would've maybe gotten involved in more things [that] Fran Drescher is involved with," she said. "All kinds of things, from environmental issues, to health, to civil liberties; that's what I think Fran would be doing now — opening her big Queens mouth for the greater good."

If you recall, at the end of the series, Fran and Mr. Sheffield get married, have kids of their own, and move to California. Drescher revealed if she has her way, the revival just wouldn't follow the same storyline. "The thing is our show would be the same characters 20 years later. We can't just pick up where we left off," she said. "But in a way, that could be really good because the show can have a whole fresh bend to it."

Considering so many sitcoms have been revived lately, a reboot of The Nanny doesn't seem too far fetched.