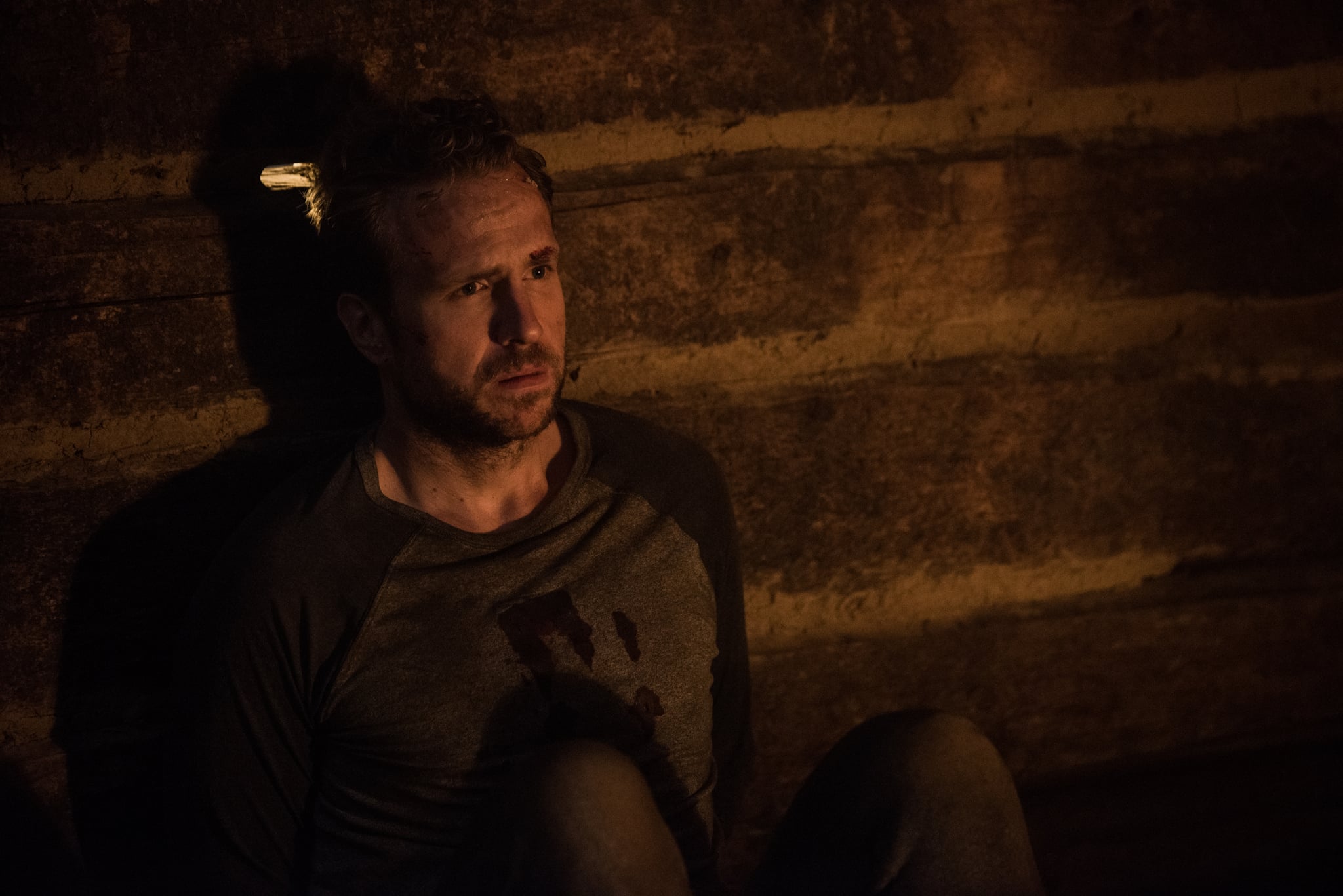 Warning: Light spoilers for The Ritual below! I won't ruin your Netflix and chill . . . I promise.

An ill-fated hike through a dark, foreign wood. Eviscerated bodies hanging from trees. A cabin full of horrors. These are just some of the grisly things you'll have to endure if you decide to sit down and venture into The Ritual, David Bruckner's disturbing new horror film on Netflix. Let me be the first to tell you: it'll be worth it.

As the great debate for whether or not movies should be distributed through Netflix vs. movie theaters rages on, especially in terms of big-budget extravaganzas like The Cloverfield Paradox or Oscar-caliber dramas like Dee Rees's Mudbound, the streaming giant has unquestionably found its rhythm within the horror genre. Like 2016's Hush and 2017's Gerald's Game, this year's The Ritual is an impressive, inventive addition to Netflix's growing horror oeuvre that more than makes up for missteps like Open House and The Babysitter. What's more is that, at first glance, The Ritual's plot seems like it's yet another rehash of something we've seen approximately 6 billion times before: a group of friends on a trip into the woods gone very, very wrong. Somehow, it's still able to break new ground.

While out at a bar one night, a group of adult friends living in the UK — Luke (Rafe Spall), Phil (Arsher Ali), Hutch (Robert James-Collier), Dom (Sam Troughton), and Robert (Paul Reid) — decides to crank their annual vacation up a notch. Instead of going to a touristy European locale, they settle on a hike through the Scandinavian wilderness. Does it matter that none of them are experienced outdoorsmen? No! When has that ever stopped unsuspecting horror movie characters before?

Directly after their happy hour, Luke and Robert find themselves in a liquor store actively being robbed. Robert doesn't make it out of the situation alive due to a brutal act of violence, and Luke is riddled with guilt because he didn't try to save him. To ease his pain, he and the rest of his friends decide to do the hike anyway as a way to honor their fallen friend's memory. Naturally, once they venture into the great, unforgiving outdoors, everything begins to unravel.

The Ritual might sound like The Blair Witch Project 2.0, and it certainly does have a few notable similarities. It would be hard to mix things going bump in the night and odd symbols carved into trees without bringing to mind the 1999 found-footage film. But both tonally and narratively, it's the most like 2015's The Hallow, which finds a family fighting to survive against an onslaught of demonic creatures that live in the woods behind their remote home in Ireland. The use of folktales about ancient evil is part of what elevates the movie past its run-of-the-mill premise, but it's the bond between the core friends that gives The Ritual its depth. 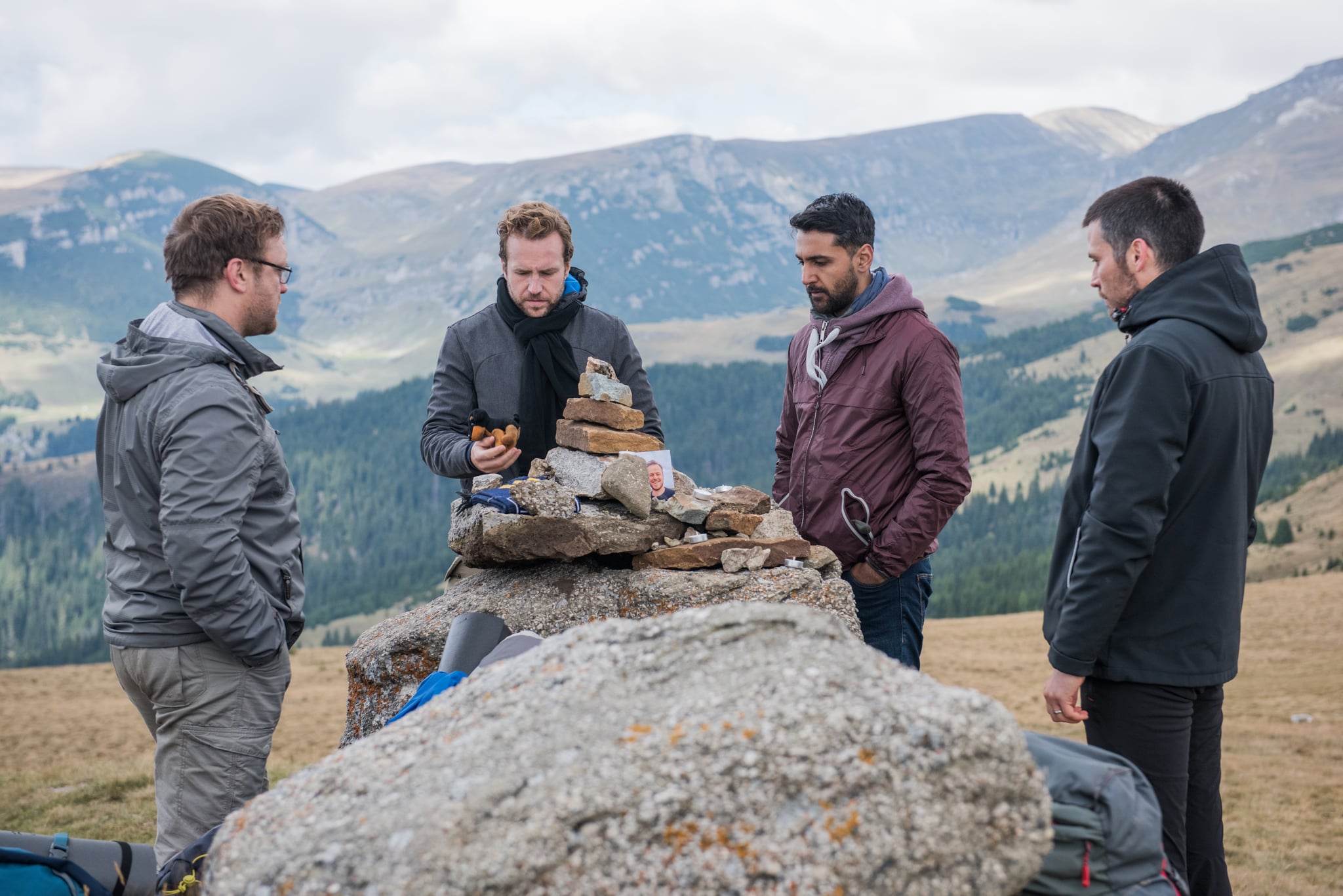 Although it's been some time since Luke saw Rob murdered, he's plagued by gutting visions of the liquor store. More than once, Luke will turn around to find the blood-spattered walls of the storefront where his friend died growing right out of the forest floor, complete with flickering fluorescent lights and shelves of whiskey. Even if the dangerous patch of woods the group stumbles into isn't playing mind games with Luke, he's clearly already haunted. Guilt, luckily, does not slice you from chin to toe and impale you on a tree branch, but it messes you up all the same.

Now, I don't want to reveal too much about the nature of what, exactly, begins to terrorize Luke, Phil, Hutch, and Dom, because part of the thrill of this film is each of its unexpected twists. Just when you think you have everything pinned down, just when you think you've got your bearings in the midst of all the insanity, Bruckner hits you with yet another chilling curveball. To know where you're headed, unlike Luke, would suck all the enjoyment out of the journey.

What I can say is that the final act is immensely chilling and ends on such a raw, painful note that I haven't been able to stop thinking about it.