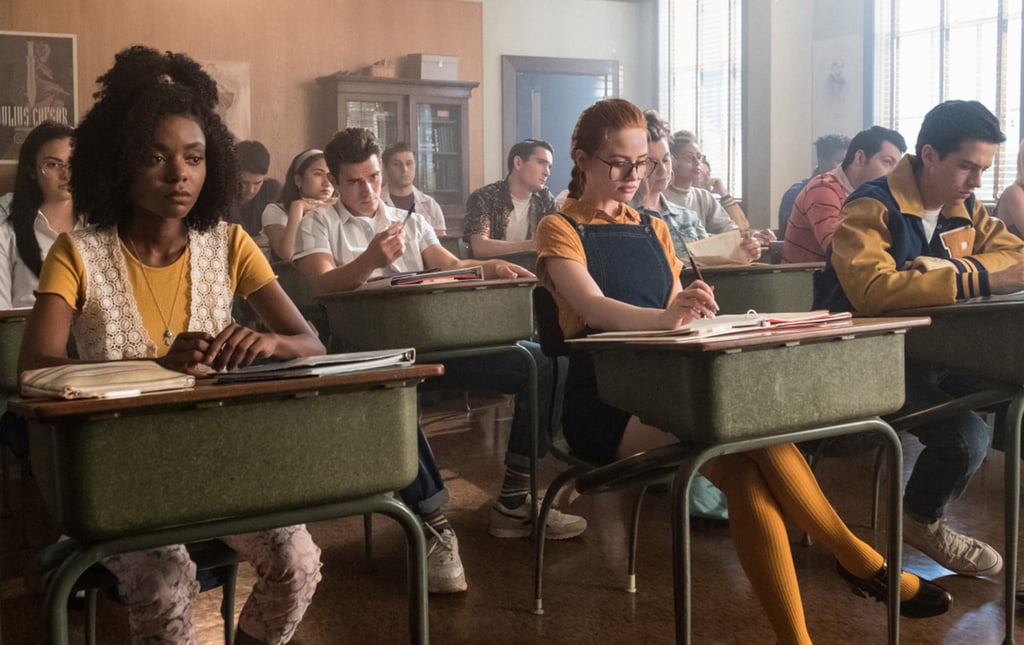 The Riverdale flashback episode that we've all been waiting for finally premiered on Wednesday night, and it was truly a blast from the past. The actors who usually play your favourite mystery-solving teens put on different personas in the epic throwback, and might have simultaneously made viewers love them more than the present-day Riverdale teens.

In the episode, Alice Cooper opens up to Betty about the town's shady past with the board game Griffins & Gargoyles. We're then taken back to Riverdale High when the parents of Betty, Veronica, Jughead, Archie, Josie, and Cheryl landed themselves in detention where they begin to connect and learn more about each other (yes, it's an ode to The Breakfast Club). Eventually, they discover the Griffins & Gargoyles board game in a teacher's desk of confiscated items and start to play it. Soon, they're immersed in the mythical world and even sneak back into the school at night to continue playing the suspicious game, deeming themselves "The Midnight Club."

Seeing Lili Reinhart, Camila Mendes, Cole Sprouse, KJ Apa, Ashleigh Murray, Madelaine Petsch, and Casey Cott play the younger versions of their TV parents was interesting to say the least, and a lot of Twitter users were loving it. See some of the impassioned reactions to the flashback episode ahead.