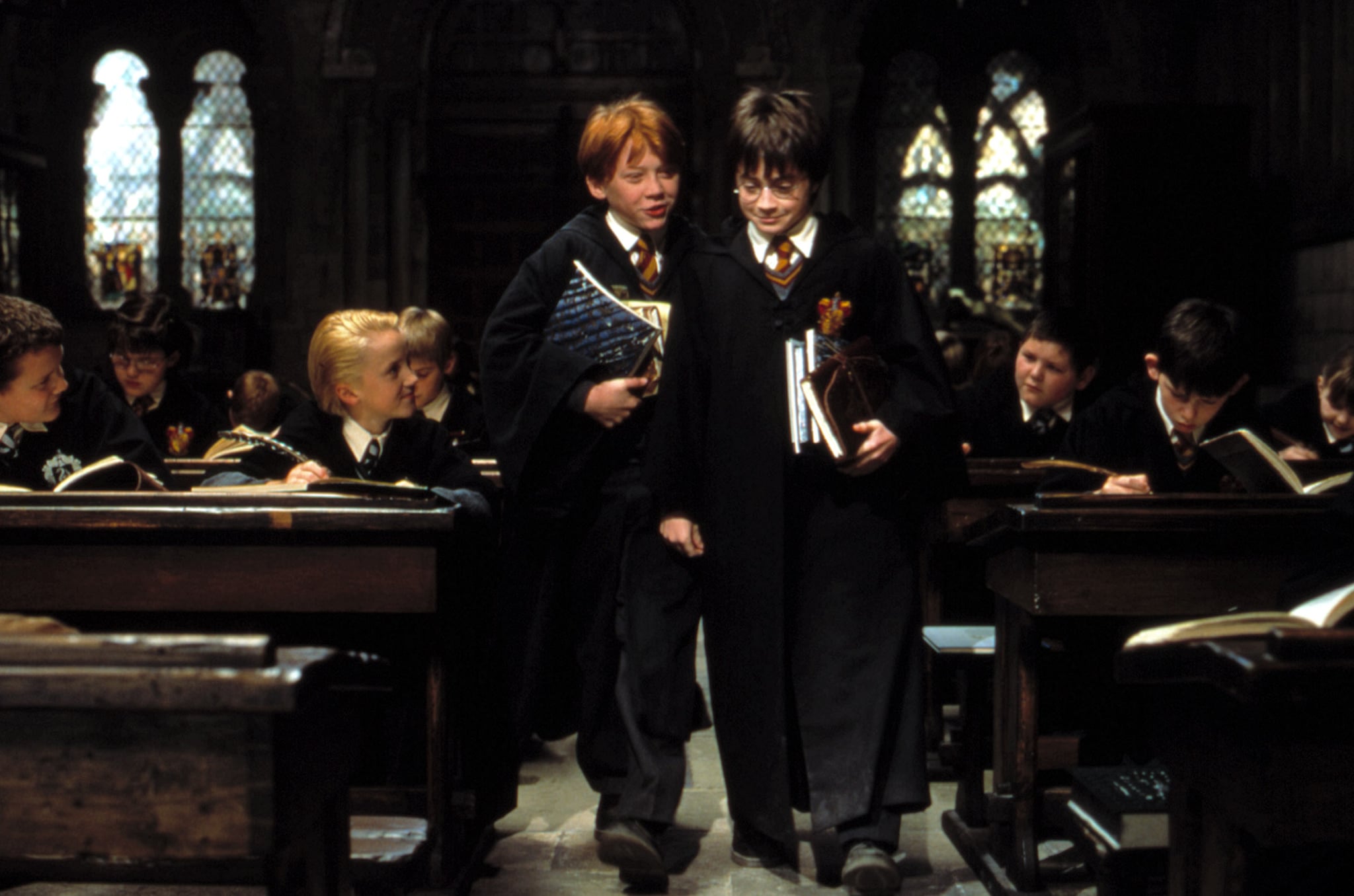 Any Harry Potter fan can tell you that over the course of the magical series, Harry becomes a true member of the Weasley family. A group that starts off as his best friend Ron's parents and siblings quickly becomes Harry's own, which is deeply significant considering that the orphaned only child has no true family to speak of. (The Dursleys treat him like trash, not a family member!)

We watch Harry spend holidays with Ron's family, we feel the pain in the books as Molly Weasley sees "Harry" lying dead alongside her biological kids when she faces a boggart at 12 Grimmauld Place, and we even learn that Harry legally joins the family when he eventually marries into it. But one tiny movie detail in Harry Potter and the Sorcerer's Stone reveals that Harry is part of the Weasley family from the very start — did you catch it?

When celebrating Gryffindor's last-minute House Cup win at the end of the movie, Ron reaches over and playfully ruffles Harry's hair. This is sweet by any standards, considering that Harry is notorious for a head of messy hair which nearly every adult in his life tries to "fix" — Ron doesn't mind. However, the affectionate gesture becomes even more precious when you realise why Ron's first instinct is to ruffle Harry's hair!

During the same scene, you can see one of Ron's older brothers — either Fred or George — reach out and ruffle Ron's hair in the exact same fashion. Insightful Tumblr user squeewentthefangirl pointed out the fact that Ron likely did the same thing to Harry because it's how his own brothers show pride and affection . . . in other words, he already thinks of Harry as his own brother. Aww!

Of course, when the sweet detail made its way to Reddit, somebody found a way to make it depressing:

We're choosing to ignore this heartbreaking take on the moment and focus on the good: that Harry, despite losing how own parents as a baby, finds a true family in the Weasleys. Like all brothers, Harry and Ron fight sometimes; but when it comes down to brass tacks, they love each other unconditionally, and you can always see it by the hair ruffles. So sweet! If Lily and James Potter could see Harry with his best friend, they'd rest easy knowing he found a family after all.