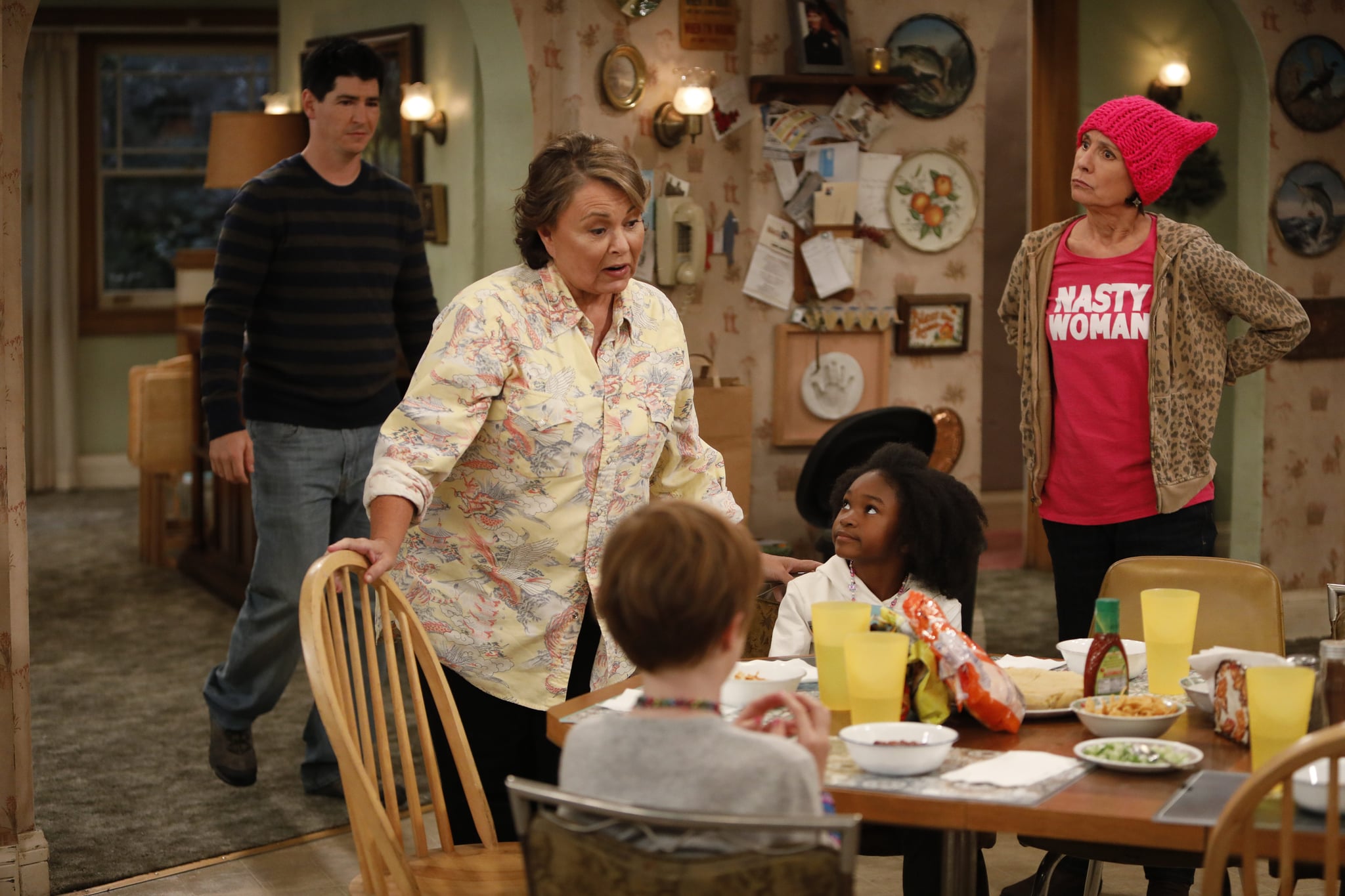 There's been a lot of hooplah over the Roseanne reboot, and for good reason. Most of the original cast members have reunited to bring it back to life on ABC, and a lot of the sitcom's charm is still there. But the one thing that's starkly different is Roseanne Conner's political views. This time around, the brassy, outspoken mother of four (and now grandmother of three!) is a devoted Republican.

That's right: Roseanne (Roseanne Barr) is a Trump supporter, but you probably already knew that. She voted for the controversial president in the 2016 election because she truly believed he would "make America great again." All of this is discussed in the very first episode of the 10th season because Roseanne has never been shy about addressing heavy topics head-on.

Tensions arise when Roseanne is reunited with her sister, Jackie Harris (Laurie Metcalf), who is a staunch Hillary Clinton supporter. Jackie and Roseanne haven't spoken to each other since the election, and they immediately have a war of words over their political affiliations when they meet again. Jackie blames Roseanne for ruining the country, and vice versa. As the episode plays out, we learn why Roseanne decided to switch parties, and — put down your pitchforks — her reasoning actually isn't so far-fetched.

Related:
Roseanne Isn't Just Another TV Reboot — It's Going to Ruffle Some Feathers

"He talked about jobs, Jackie. He said he'd shake things up!" she explains. "I mean, this might come as a complete shock to you, but we almost lost our house, the way things were going." While Jackie brings up how bad things are in the country with Trump as president, at least the series gives Roseanne a legitimate argument for voting the way she did. There are many real-life Trump supporters who dish out ignorant and blatant fallacies, but there are also voters who had grave concerns about the economy; it's partly the reason some voted for him.

At the end of the episode, Jackie and Roseanne agree to disagree over their politics and hug it out. Things aren't that simple in real life, unfortunately, but it's a great reflection of what could be if Americans put aside their differences and started listening to one another. So yes, Roseanne Conner is a Trump supporter, but at her core, she's still the same person who just wants the best for her family — that's why you'll love her anyway.