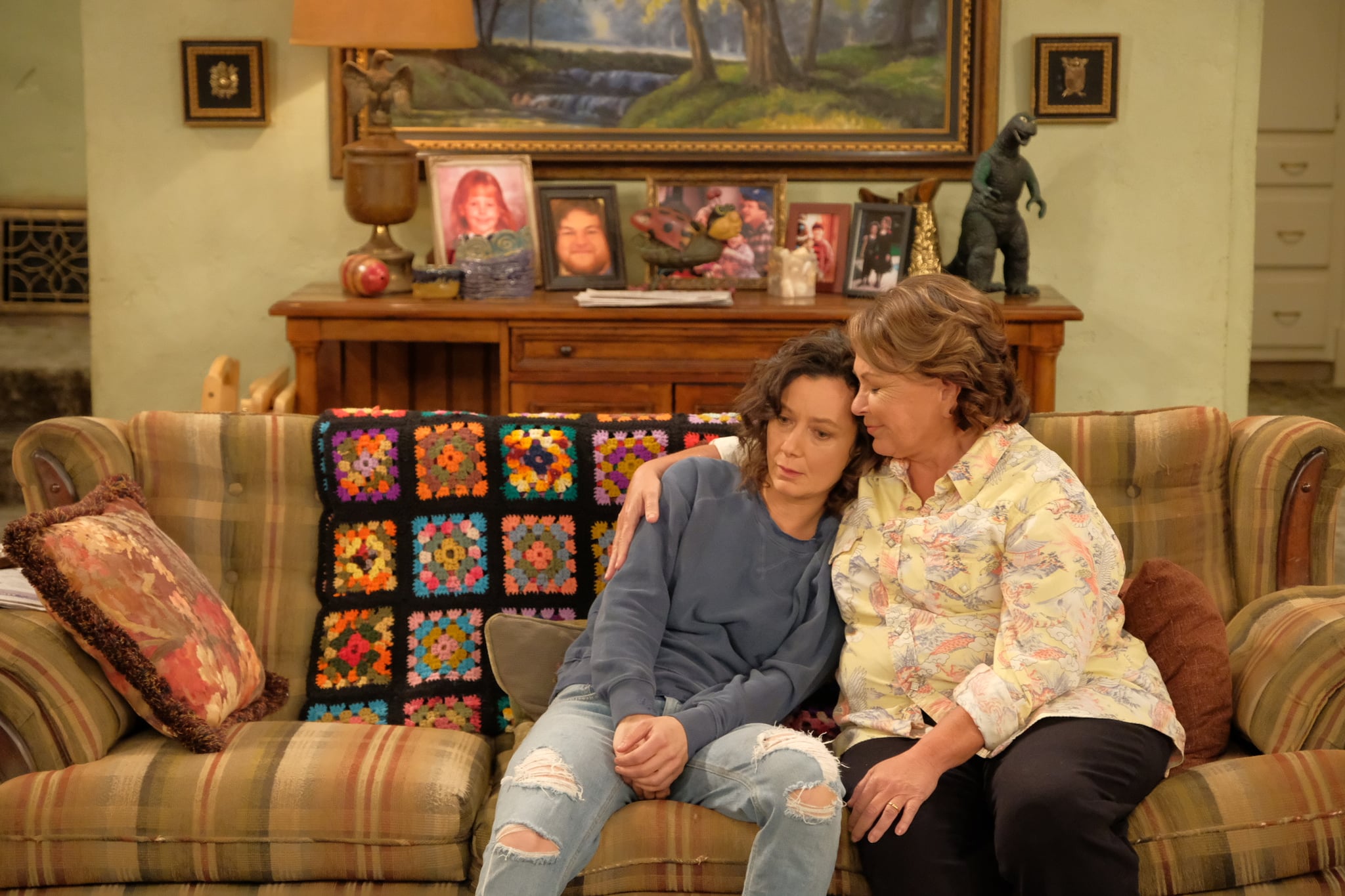 In an age where no TV show or movie is safe from Hollywood's reboot machine, you might be tempted to think that Roseanne is just another desperate move. But if you ask the powerful creative forces behind the show's triumphant return, more than two decades after it first ended, they would disagree. Roseanne is not returning as the same show. Even at the outset, it's clear everything has been updated and refreshed. In the first pictures of the season, we can see that Darlene is divorced, Jackie is a "nasty woman," Dan isn't so dead after all, and both Beckys are back. But that's really just the tip of the iceberg.

Ahead of the March 27 premiere date, Roseanne Barr, co-showrunners Whitney Cummings and Bruce Helford, executive producer Sara Gilbert, and writer Wanda Sykes have all sat down for a new roundtable interview with The Hollywood Reporter. The group discusses the ins and outs of the new episodes. We're getting even more insight into new issues, like Roseanne's grandson who wears dresses and her decision to vote for Donald Trump. We're going over the most interesting moments from the chat.