We finally get to see Ruby Rose's Batwoman in action, and she's certainly a sight to behold.

The former Orange Is the New Black actress will be making her caped-crusader debut during "Elseworlds," the epic three-day crossover event between popular DC series The Flash, Arrow, and Supergirl. On Dec. 2, The CW dropped a teaser that gives fans their first look at Rose rocking the black-and-red bat suit.

"That's . . . not Batman," a surprised Barry Allen (Grant Gustin) says to Cisco Ramon (Carlos Valdes) when he sees Batwoman in the brief teaser. As we've learned so far, "Elseworlds" will focus on the Arrowverse heroes travelling to Gotham City, where they will team up with Batwoman after a doctor at Arkham Asylum cooks up some wild and destructive machinations. The crossover will serve as an introduction to the Batwoman character and, if all goes well with her debut, Rose will also star in the Batwoman stand-alone series that the network is currently developing with the mastermind of DC's small-screen universe, Greg Berlanti. The potential series will also be the first focussed on an LGBTQ+ superhero!

The three-night crossover event starts with The Flash on Sunday, Dec. 9, at 8 p.m., so check out the teaser above. 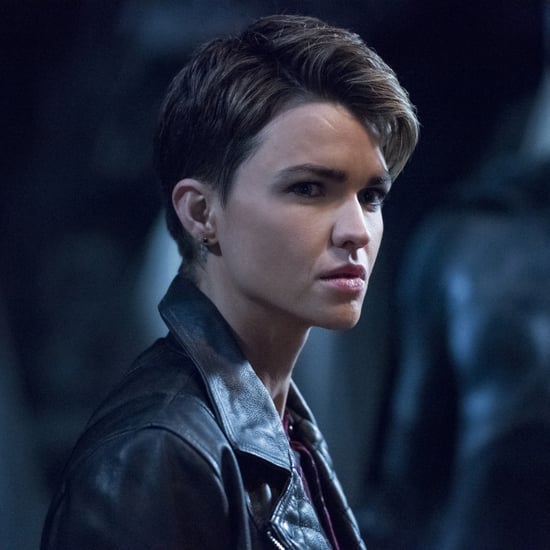