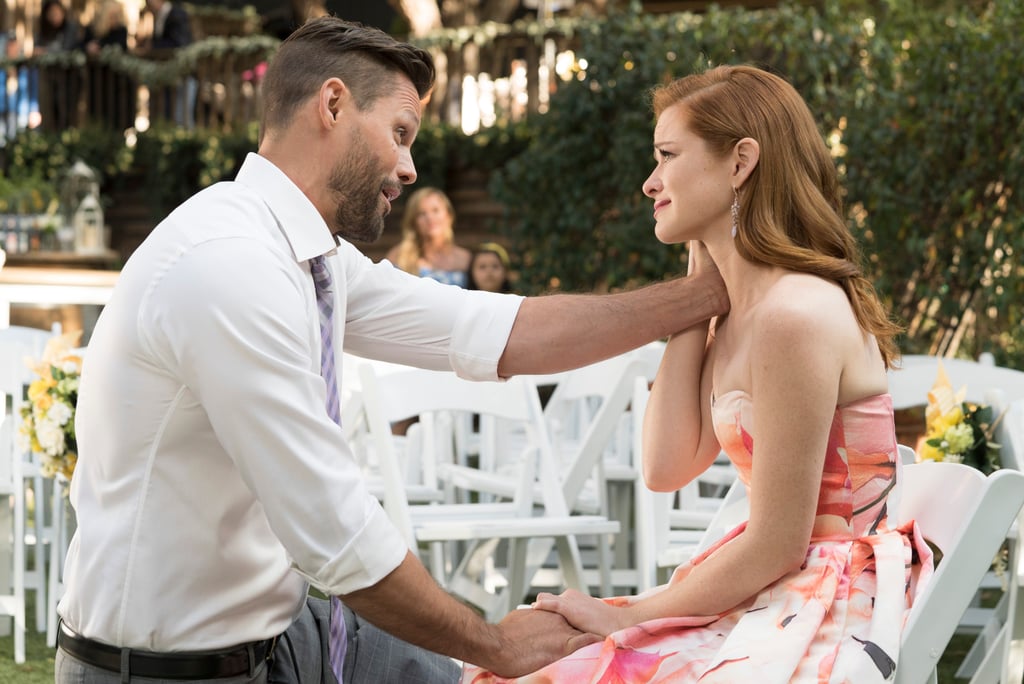 Sarah Drew Opens Up About Grey's Anatomy Exit: "I Don't Regret or Begrudge Anybody"

When news broke that Grey's Anatomy series-regular Sarah Drew would be saying goodbye for good in the May season finale, fans were heartbroken. Though initially worried that the writers would send the trauma surgeon off in a fatally permanent manner (since they do it so painfully well), the season finale saw April getting a happy ending with an impromptu wedding and deciding to do "God's work" by helping the local homeless. While it was nice to see Drew survive her exit, the departure was still a shock to many.

Drew kept relatively mum about her departure following her Twitter statement after the news was announced and the goodbye posts shared on her Instagram. In August, Drew spoke with The Hollywood Reporter for her first interview since leaving the ABC drama. The actress touched on her departure, her future plans, and the Emmy nomination for Grey's Anatomy's short-form series, B-Team, which she directed. See her quotes ahead.