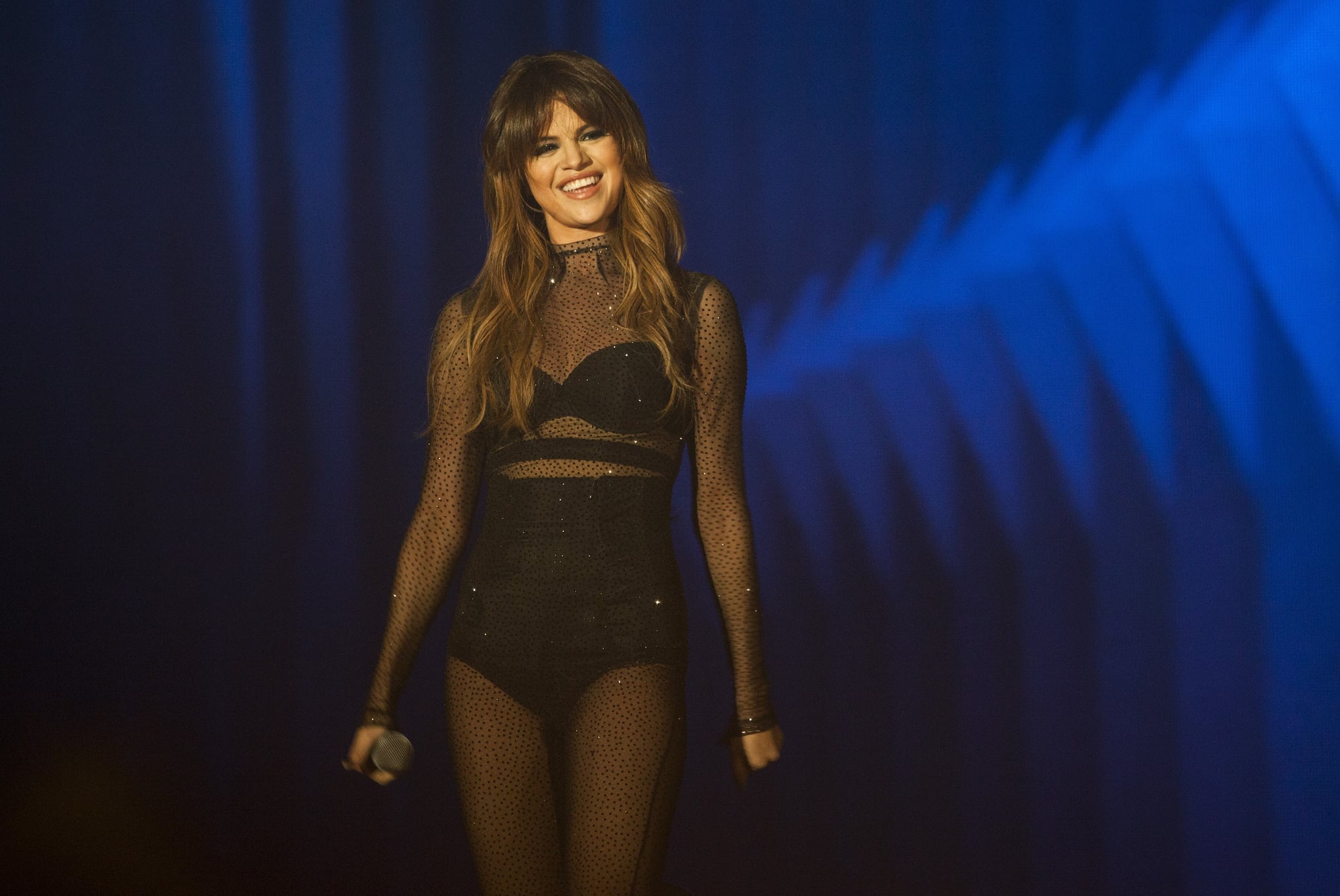 Selena Gomez is back with new music! On Thursday, the singer dropped her single "Back to You" from the 13 Reasons Why season two soundtrack, but that's not even the best part! She also has a brand new music video in store, which she gave us a glimpse of on social media. Not only does the clip feature Gomez donning retro outfits and a cute bob, but her love interest looks a lot like Justin Bieber. The lyrics do talk about having a hard time getting over an ex. Maybe Gomez is pulling a Taylor Swift and dropping a few hidden references in her video. The full music video won't drop until later on, but you can catch an exclusive sneak peek on Spotify.

Check out an exclusive vertical video (and a first look at the official video 👀 ) for #BackToYou on @Spotify! https://t.co/428StBVT7a pic.twitter.com/qFXqiv0jon

Chris Martin
Chris Martin Performed "2 Become 1" With Mel C, and It's the Duet We Never Knew We Needed
by Naledi Ushe 13 hours ago