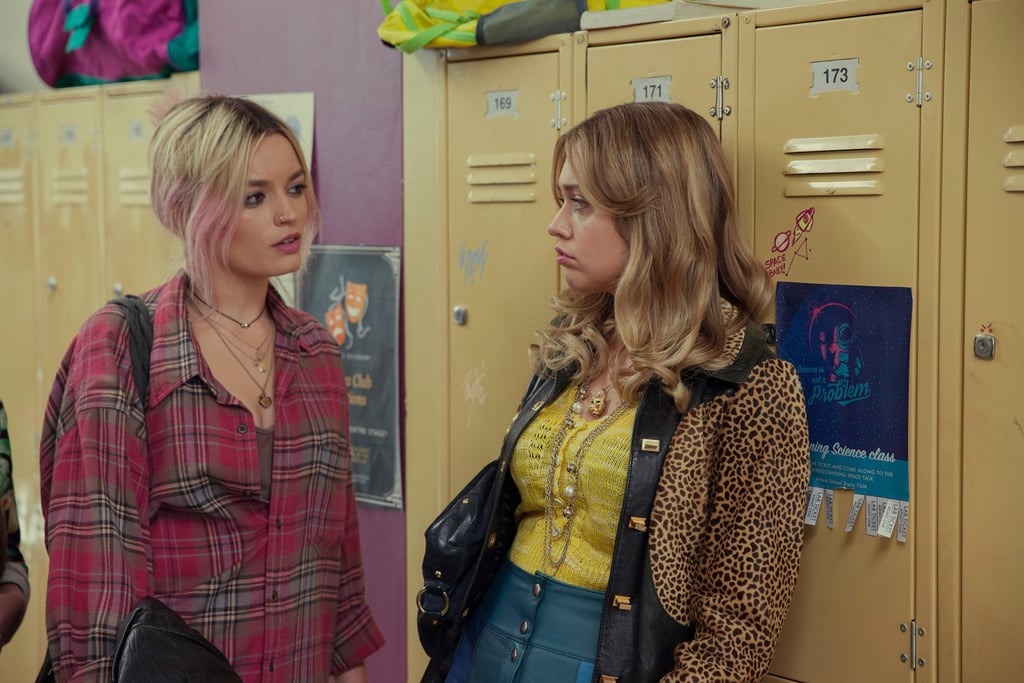 If you haven't already watched Netflix's Sex Education, get on it and binge! If you have watched it, you might have a few questions. Where is it filmed? Is it coming back for a season 2? And why does a typical British school have so many incredibly American features?

I attended a typical (read: somewhat rundown) state school in south-east England, and I can safely say on behalf of my peers that, unlike the Sex Education school, we did not have cute letterman jackets, a brand spanking new swimming pool (with bleachers!), long corridors lined with brightly coloured lockers that looked straight out of a John Hughes movie, and we definitely didn't get to wear our own clothes.

But you see, Netflix knows what it's doing. These moves to Americanise the school aid with global appeal and give the show an aspirational vibe to stop it from becoming too gritty and Skins-esque. Who wants to get home from a long day at work or school and sit and look at a dingy, grey, rundown classroom? I certainly don't. It's 2019, and aesthetics matter.

Gillian Anderson (Jean) said in an interview with Radio Times that this was done on purpose. She explained, "There is a bit of both worlds, decidedly, in the series, and the aim and the hope is that Americans won't notice." We noticed alright, but we're not mad about it. Anderson also said, "The rules are shifting all the time in terms of how an audience receives the shows that they're watching, what they're willing to accept, and what realms and worlds they're willing to step into to suspend their disbelief."

So if you, too, watched the show while shouting at the TV, "why the f*ck are they playing American football?" with your flatmates during a Sunday sesh, just know that you're not alone (and Netflix has an answer for everything). Twitter reacted the exact same way we did, and it's pretty funny.