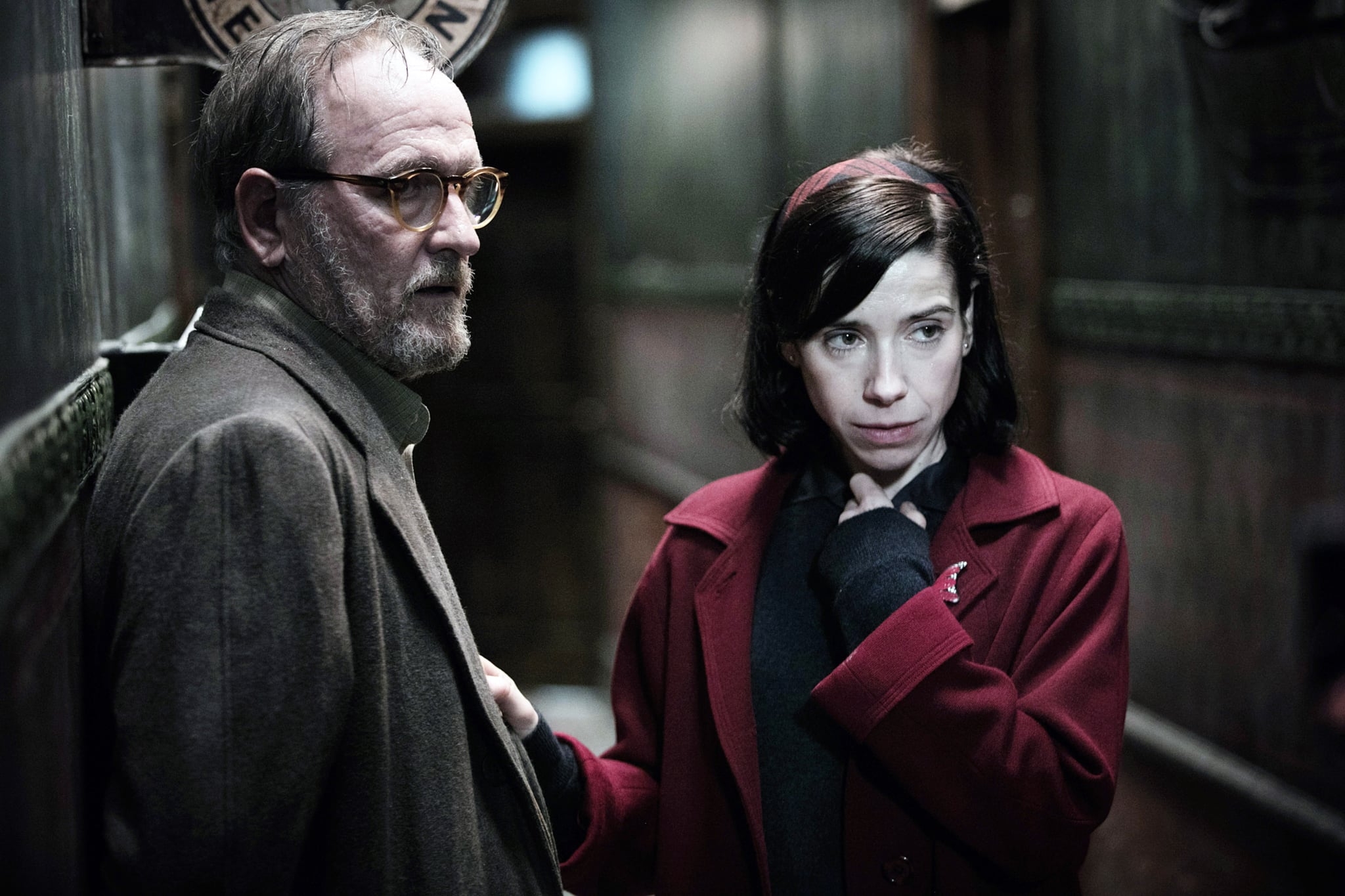 When it comes to this year's Oscar winners, we've been given quite a mixed bag. No one film dominated over the others, it's true, but one nominee did take home two of the night's most coveted prizes: The Shape of Water nabbed the awards for best director (Guillermo del Toro) and best picture. By all accounts, you'd consider this a true cinematic triumph. Unfortunately, the creative forces are dealing with something much less fun behind closed doors: a plagiarism lawsuit.

Over the past couple of months, The Shape of Water has faced not one but two different accusations of copycatting. While one has been resolved, it seems the more recent isn't going away anytime soon. With obvious similarities and differences between all the projects, the water does become a bit murky. Is it possible del Toro unknowingly (or knowingly) drew inspiration from existing stories, or is it a case of cosmic creative coincidence? Let's review all the facts.

Related:
This Fact About The Shape of Water's Best Picture Win Will Make You Want to Scream

Yes, the first. As you know, The Shape of Water is set in the '60s in Baltimore, MD. We watch as Elisa, a mute woman who works as a custodian in a top-secret government laboratory, falls in love with a strange and alluring sea creature, which turns out to be an Amazonian river god. In January, many were comparing the story to a short film called The Space Between Us. It's about a young cleaner named Juliette who lives in a bleak, postnuclear future where the air is so toxic that it's impossible to breathe. Juliette falls in love with a captive merman named Adam who may be the human race's last hope for continued survival.

There are obvious similarities, but the Netherlands Film Academy (which helped produce the short) released a statement saying that the two films do not seem to be at all linked:

"After recently screening The Shape of Water and following conversations that took place in a very constructive and friendly atmosphere, The Netherlands Film Academy believes that both The Shape of Water and our short, The Space Between Us, have their own very different identities. They have separate timelines of development and are not in any conceivable way interlinked or related. The students and The Space Between Us team were very excited and grateful to have the opportunity to actively discuss the creative inspirations of both films in a personal conversation with Mr. del Toro. We cordially discussed our films and our common roots in mythology and the fantastic (and some themes which Mr. del Toro has previously dwelled on Hellboy I and Hellboy II). We have learned a lot from the contact with an extremely gifted and creative filmmaker and wish The Shape of Water continued success."

With that matter settled, it wasn't long before another controversy bubbled up. This one hasn't exactly been resolved so neatly.

This time around, we have Let Me Hear You Whisper, a 1969 play by Paul Zindel. This is the story of Helen, a scrub woman who works at the American Biological Association Development for the Advancement of Brain Analysis. Helen learns that the lab's scientists are conducting cruel experiments on an intelligent dolphin and attempts to stage a rescue before the creature's imminent death.

Granted, there are striking similarities between the two. The main characters are both cleaning employees who become infatuated with an intriguing creature in a laboratory facility. They both develop a special bond with their respective subjects, through the sharing of food and good music. They both try to stage rescues with laundry hampers. And that's about where the crossover ends.

In the case of Let Me Hear You Whisper, we're looking at a dolphin. And though Helen attempts a rescue, she ultimately fails, and the animal dies. In Shape of Water, it's a fantastical sea creature with the likeness of a man. Elisa successfully pulls off her rescue and eventually escapes into the ocean with her love. There's also the fact that Elisa is mute, which adds an extra (and special) layer to her character and the love story as a whole.

The case in question was filed on Feb. 21 by playwright Paul Zindel's son, David Zindel, who argued that The Shape of Water should be considered an adaptation of his father's play. "Despite the glaring similarities between the play and the obviously derivative picture," the suit states, "defendants never bothered to seek or obtain a customary licence from Plaintiff of motion picture and ancillary rights to the play, nor did Defendants credit Zindel on the picture."

In the wake of the filing, both the film's director and studio came out with defences. In an exclusive with Deadline, Guillermo del Toro had quite a bit to say about the lawsuit.

"I really cannot stomach the timing of this accusation. It's pretty transparent what is happening here. To me, it's actually a relief to take something from the arena of opinion into the arena of fact and law . . . The way the play has been described, in the suit and along the way as these reports have appeared, it seems to be undoubtedly about a dolphin, and animal experimentation, about an animal being freed from a lab, and that is the end of it. The Shape of Water is so many things, so many colours. It's not about an animal, it's about an elemental river god. These ideas are not interchangeable or equivalent; this would be tantamount to saying that E.T. would be the same story if you substituted the alien for a hamster.

Our story and the layers are completely and entirely complex, interwoven with Russian spies, the Cold War, female friendships that are so complex and more important than that, which are completely original. The trope of an animal being liberated could be found in anything from Project X to Splash, to Born Free and Free Willy, to Starman, to an episode of Hey Arnold or The Simpsons. You could go on and on. You could also include The Day of the Dolphin, which in fact was written two years before the play. It's not a groundbreaking plot element. And the beauty of this movie doesn't boil down to a plot element from a play."

Fox Searchlight, the studio behind the project, released a similar and much more succinct sentiment. "These claims from Mr. Zindel's estate are baseless, wholly without merit and we will be filing a motion to dismiss," the statement read. "Furthermore, the estate's complaint seems timed to coincide with the Academy Award voting cycle in order to pressure our studio to quickly settle. Instead, we will vigorously defend ourselves and, by extension, this groundbreaking and original film." Well, there you have it. Seeing as The Shape of Water did take home the grand prize at the Oscars, it seems this lawsuit did not have the alleged desired effect.