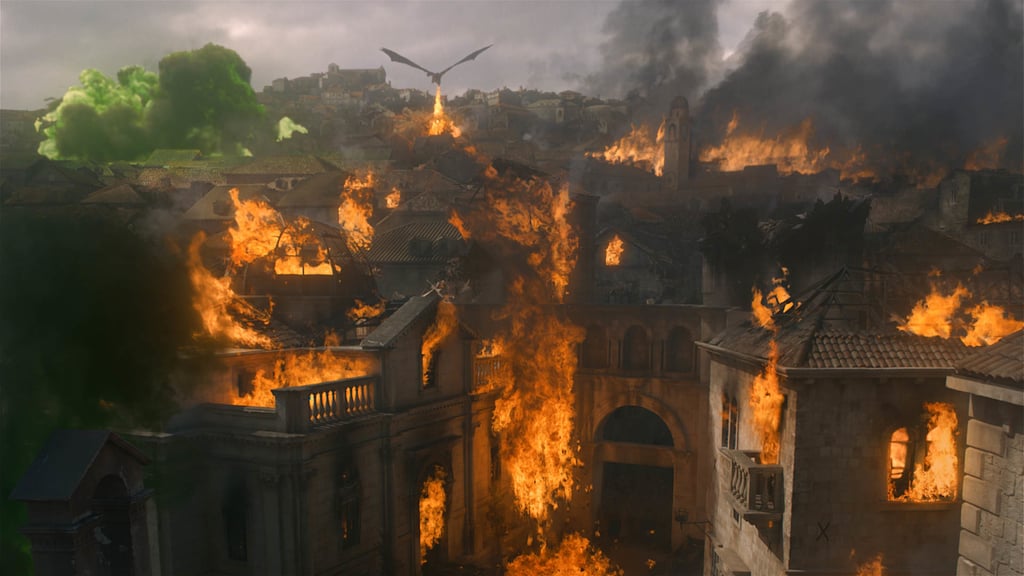 Oh My Seven Faced God — Did The Simpsons Predict Dany's Reign of Terror in Game of Thrones?!

By now it's become abundantly clear that the writers of The Simpsons must all have part-time gigs as psychics. The long-running Fox series has predicted everything from a mottled orange cheese puff eventually becoming president, to Disney's recent takeover of 20th Century Fox. And now, a scene from an October 2017 episode titled "The Serfsons" has fans thinking the show also predicted a recent plot twist in Game of Thrones.

In season eight's fifth episode, titled "The Bells," we see Daenerys transform into the Mad Queen by burning King's Landing to a crisp in her mission to secure the Iron Throne. Funnily enough, The Simpsons episode in question bears a surprising number of parallels to Dany's entire descent into a bloodthirsty villain.

Homer, Marge, Lisa, Bart, and Maggie are transported to the kingdom of Springfieldia, where they're known as "the Serfsons" (lol get it?). In addition to nods to the Night King and White Walkers, as well as Game of Thrones characters Jaime and Cersei, the animated comedy brings a deadly dragon into the equation with a scene that shows it flying around and burning down a village as the family watches the massacre from a castle up above.

Save for poofs of bright green Wildfire, the scene looks pretty freakin' similar to the events of "The Bells," no? The dragon in The Simpsons is even red, just like Drogon! Whether you buy this prediction or not, plenty of fans have been discussing the crazy coincidence on Twitter, which you can see ahead.