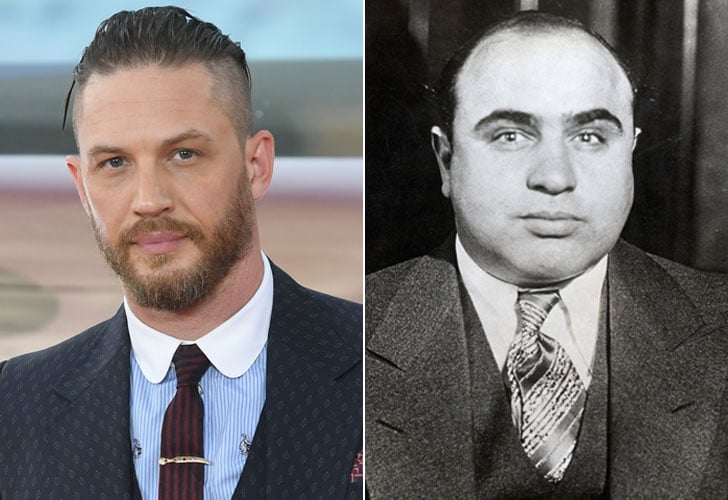 Tom Hardy has finally given us a glimpse into his gritty new film role, in which he's taking on notorious American mobster and crime boss, Al Capone. The most desired man in Britain recently posted a series of in-character shots on his Instagram account, where he looks totally transformed thanks to two prosthetic scars. Hardy — whose real name isn't Tom — is set to play the infamous gangster in the upcoming biopic Fonzo, which will shine a light on the later years of the criminal's life.

Of course, this isn't the first time that the 40-year-old actor has played a gangster role. Back in 2015, he stepped into the shoes of both Ronald and Reggie Kray in the film Legend, and has since been portraying crime boss Alfie Solomons in Peaky Blinders. But Hardy's been particularly busy lately. He recently finished filming the Spider-man spin-off Venom, and also made headlines when he snuggled up to Cheryl at the Prince's Trust Awards, even making Liam Payne jealous. Whatever he gets up to next, we are very much here for it.

Nomadland
Is Nomadland Based on a True Story? In Part, Yes
by Stacey Nguyen 20 hours ago