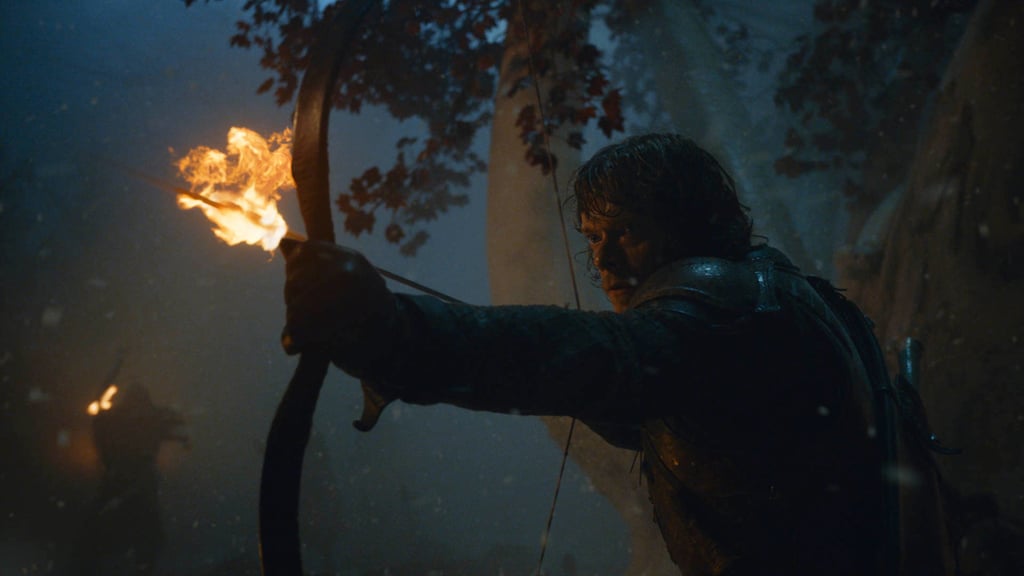 Warning: This story is not riddled with White Walkers, but Game of Thrones spoilers. Both are equally dangerous.

Theon Greyjoy has finally completed his Game of Thrones journey. He's had one of the most depressing storylines in the HBO show (and that's saying something), but during season eight's third episode, Theon redeems himself before meeting his end during the Battle of Winterfell.

Theon's death isn't too surprising since he took up the job of defending Bran Stark from the Night King, a move that mimics a moment they share in season one. Theon fearlessly fends off the Wights, even after he runs out of arrows, until he at last comes face-to-face with the Night King himself. "You're a good man" Brann tells Theon, and then, after a last-ditch show of courage, Theon is impaled by the icy leader of the White Walkers. Don't mind us, we're just shedding tears.

After several episodes of heartbreak, betrayal, and pain, fans are finally willing to give Theon some well-deserved praise for his bravery. Ahead, see how Twitter users reacted to Theon's sacrifice and satisfying redemption.

Related:
Wondering What the Heck Was Bran Doing During the Battle of Winterfell? We Were, Too
Previous Next Start Slideshow
Twitter ReactionsGame Of ThronesTV