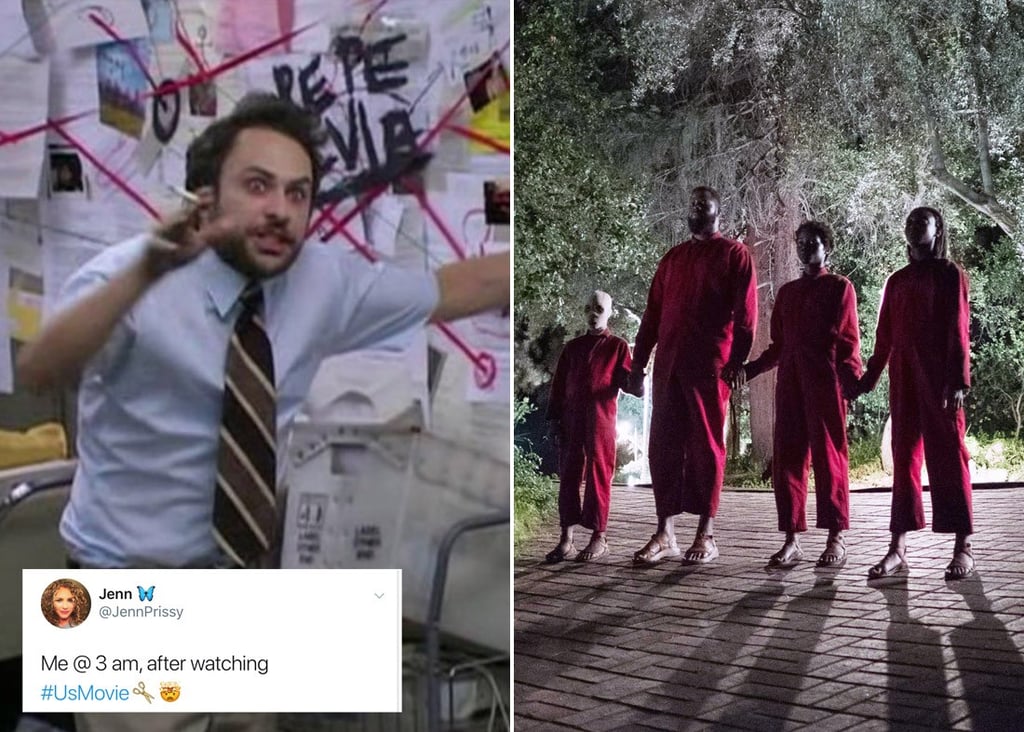 For those of you who were courageous enough to see Jordan Peele's latest thriller, Us, first of all . . . kudos. Second of all, you might be suffering from an acute case of "WTF did I just witness?" Don't worry, you're not the only one! The movie is filled with chilling imagery, creepy voices, hidden Easter eggs, and alarming messages that will probably haunt you for quite some time.

The film's premise is already creepy enough — a family that's expecting to enjoy a nice getaway is suddenly terrorized by evil doppelgängers — but the hidden meanings have really been sending chills down viewers' spines. The idea that we're our own worst enemies and can't escape from the monsters within ourselves is one takeaway that's pretty terrifying. Peele confirmed that Us is also a commentary on the country's treatment of outsiders and our failure to look inward when discussing societal issues. It's also no coincidence that "Us" can double as an acronym for "United States."

Don't you just love when frightening films connect so well to the real world and force us to confront things we typically choose to ignore? That's the real horror of it all, folks! The internet certainly agrees and many have expressed their thoughts on the craziness, hilarity, and amazing performances that are all wrapped up in the mind-blowing flick. Read on to see some of the best reactions to Us!

Related:
The 16 Most Striking Pop Culture References and Easter Eggs in Jordan Peele's Us
Previous Next Start Slideshow
Us MovieTwitter ReactionsHorrorMovies