As we move into the second half of Game of Thrones's final season, the theories about who betrays whom and who wins the war for Westeros have risen to a fever pitch. And now that the Night King has met his end, things are back to business as usual with regard to secret alliances and backdoor deals. Yet, the one person who usually partakes in such machinations has been relatively quiet this season.

We're talking about the former Master of Whisperers, the man sometimes known as the Spider for his vast web of information: Lord Varys. Normally, we'd chalk up his lack of screentime to the number of storylines attempting to converge as we barrel toward the finale, but the recent death of Melisandre echoes a prophecy and three moments in the series that indicate Lord Varys is laying low because he'll be the key to winning Westeros. But before we can dig into the prophecy, we have to take a look back at the Spider's history with Tyrion Lannister and a Red Priestess known as Kinvara.

In the third season, Tyrion approaches Varys desperate for information about the Battle of Blackwater and Cersei's intentions to end his life. As the two snipe at each other, Varys reveals that his desire for influence stems from his childhood as a slave. He tells Tyrion that as a boy he falls prey to a sorcerer in Myr who drugs him and removes his genitals for use in a magic ritual. During the experience, Varys is conscious and unable to move, but he notices the sorcerer's incantation receives a response from the fire. "The flames turned blue, and I heard a voice answer his call," he explained to Tyrion. "I still dream of that night. Not of the sorcerer, not of his blade. I dream of the voice from the flames. Was it a god? A demon? A conjurer's trick? I don't know. But the sorcerer called and a voice answered, and ever since that day I have hated magic and all those who practice it."

What exactly Varys hears that night is unclear. Or perhaps, he's deliberately keeping that information from Tyrion because the truth speaks to his fate in the series. It's hard to tell. However, he concludes the story by informing Tyrion his abhorrence of the dark arts drives his decision to side with the Lannisters against Stannis Baratheon and the mystical Melisandre at Blackwater Bay and that he considers the move a victory against the flames that still haunt him.

Cut to season six when Tyrion and Varys are in Meereen attempting to keep peace between the masters and the slaves during the Dragon Queen's absence. (For context, this is just a few weeks before Varys shows his official fealty to the Daenerys by securing the military might of Dorne and the Tyrell fleet.) The pair travel to the Red Temple of Volantis to meet with Kinvara, the First Servant of the Lord of Light, to discuss spreading the word of Daenerys's peace-keeping efforts. To their surprise, she agrees, stating that she believes Daenerys is the Prince That Was Promised. Varys, still wary of all things magical, corrects her saying that the same stories came forth about Stannis Baratheon who fell to defeat and death. She replies that men may err, but the Lord of Light's word remains true. This is important because her next statement proves to be the one that shows us that Lord Varys may have a part in the Dragon Queen's victory:

"Everyone is what they are and where they are for a reason. Terrible things happen for a reason. Take what happened to you, Lord Varys, when you were a child. If not for your mutilation at the hand of a second-rate sorcerer, you wouldn't be here, helping the Lord's chosen bring his light into the world. Knowledge has made you powerful, but there's still so much you don't know. Do you remember what you heard that night when the sorcerer tossed your parts in the fire? You heard a voice call out from the flames, do you remember? Should I tell you what the voice said? Should I tell you the name of the one who spoke? We serve the same queen. If you are her true friend, you have nothing to fear from me." 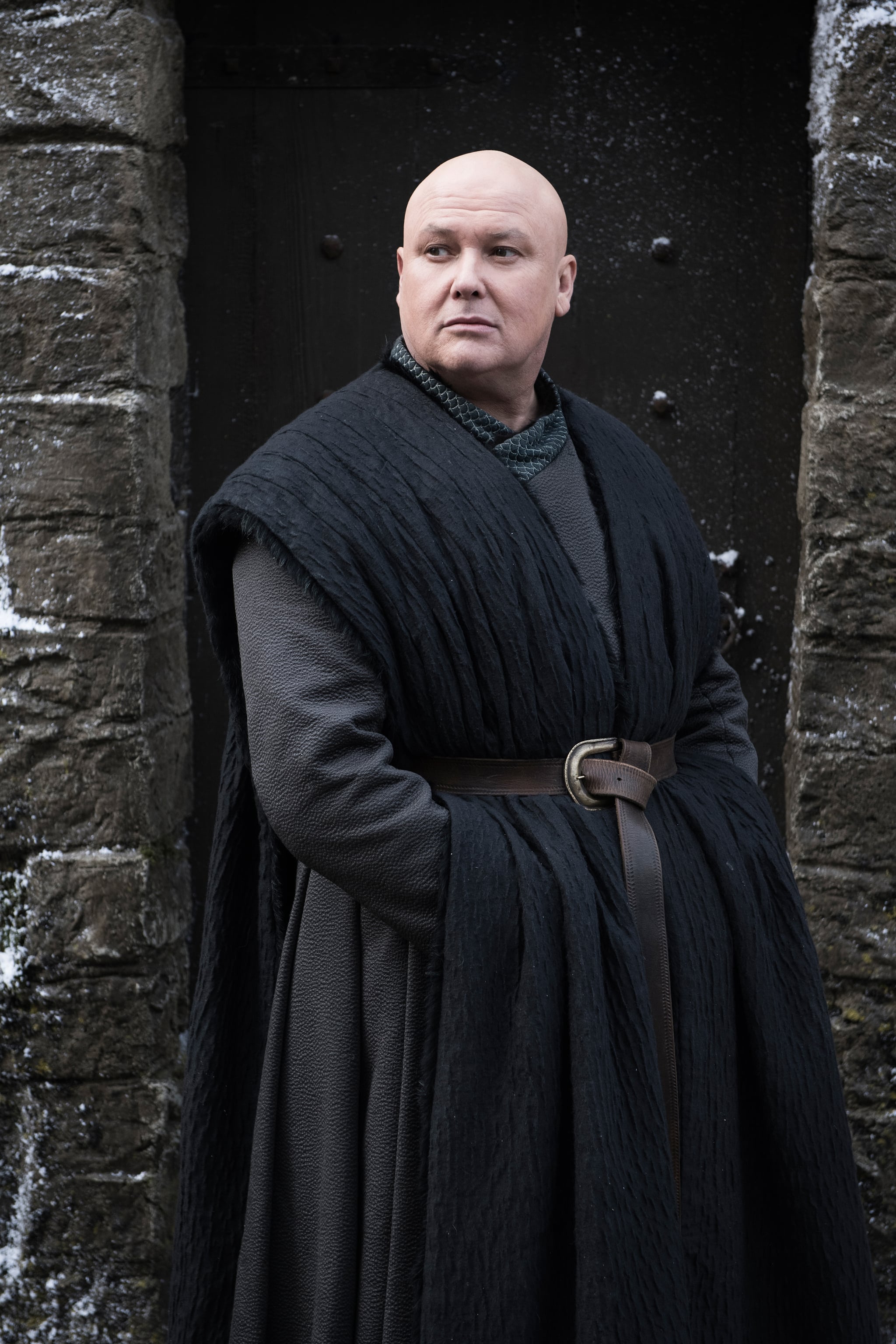 The fact that this stranger knows so much about Varys speaks to the true power the series has given to the R'hllor faith, and the importance the Lord of Light will play as we move toward the final episode. Did the voice in the flames also predict Daenerys Targaryen as being the chosen Prince, and did it subconsciously direct Varys to Daenerys to help fulfil a greater prophecy? Regardless of how we choose to answer these questions, the moment is vital because it gives credence to a new idea — not only does Varys's past as a slave and his devotion to the people of Westeros keep him true to Daenerys but so does his desire to stay away from the flames that consumed his manhood as a youth.

And if his encounter with Kinvara wasn't eerie enough, Varys receives a prophecy from Melisandre when she visits Dragonstone in the third episode of season seven. At first, she's sombre and reveals that neither the King in the North nor his advisor, Davos Seaworth, find favour in her because of the mistakes she made in the service of Stannis Baratheon. She goes on to claim that she's done her part by bringing "ice and fire" (Jon and Dany) together and that her need for "whispering in the ears of kings" has past. But when Varys threatens her and warns her never to return to Westeros, Melisandre grows testy and stuns him with a chilling prophecy: "I will return, dear Spider. One last time. I have to die in this strange country . . . just like you."

The statement doesn't give Varys much to go on. However, if you group the information with the flames he heard as a child and the conversation with Kinvara in Meereen, we can theorise that Varys's role in the War for Westeros may be more important than we first imagined — especially in the wake of the Great War where one of Melisandre's prophecies proves crucial in killing the Night King.

We imagine the flames themselves are the key. In ancient Greek mythology, fire is a living entity passed down by the gods. Prometheus, a trickster deity from Titan, feels sorry for man's weakened plight and raids the workshop of Hephaestus and Athena on Mt. Olympus. He steals fire, gives the valuable gift to man, and teaches us the science behind its use. This domestication of fire becomes the symbolic birth of civilisation. With that logic in mind, maybe the flames indicate Varys will have to sacrifice himself in order to aid the birth of a new and better civilisation. Maybe the flames that Varys fears will have a positive effect on the fates of Daenerys Targaryen, Jon Snow, and the rest of Team North. Or better yet, perhaps this is a sign that the Mother of Dragons will defeat the Mad Queen in the Battle for the Iron Throne. But then again, nothing is predictable on Game of Thrones, and Melisandre has been woefully wrong before.

We'll just have to whisper a prayer to R'hllor and hope for the best.

Netflix
Meet the Real People Behind the Sutton Hoo Excavations, as Portrayed in Netflix's The Dig
by Lily Panych 18 hours ago