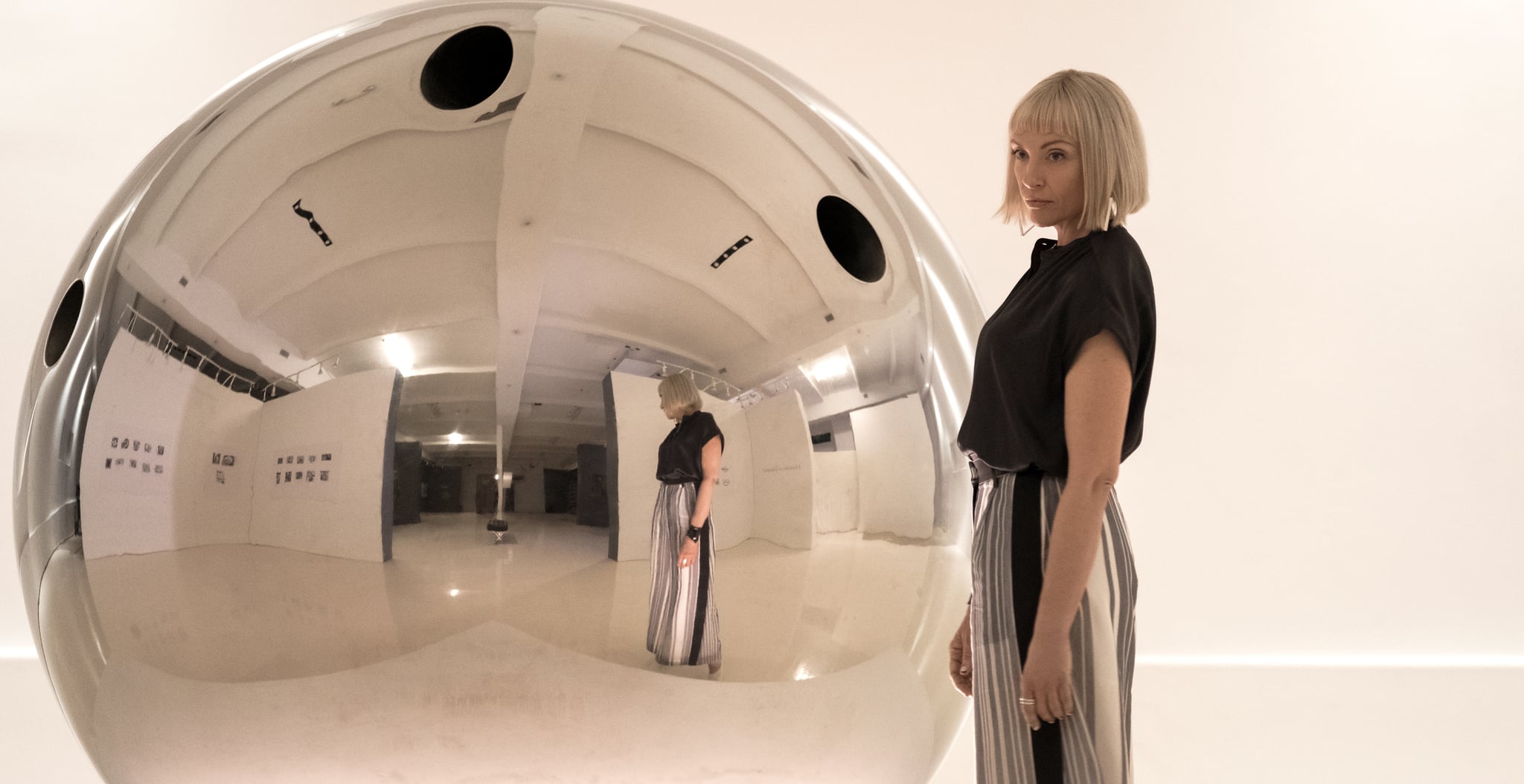 If you've watched Velvet Buzzsaw, the term "tortured artist" might have a whole new meaning for you. The new Netflix film has it all: killer robots, possessed paintings, and Jake Gyllenhaal as a loquacious, faux-deep art critic who may have a steamy scene or two. And, might we add, its blend of slasher and self-indulgence makes for a treasure trove of hilarious internet memes.

Because the film is about highbrow art, it can get lofty really fast — not only in the intellectual quibbles between the characters but also the cryptic symbolism. Like, why does paint defy the laws of physics and crawl up a lady's body and slap an impression of her onto a graffiti mural? Or why does Toni Collette have an amputation by a giant metal ball? Here are the answers to these pressing questions as we untangle Velvet Buzzsaw's bonkers ending.

Velvet Buzzsaw focuses on an LA-based art circle of megalomaniacal and profit-driven curators, gallery owners, and critics. When a man named Ventril Dease dies in her apartment, a gallery assistant named Josephina (Zawe Ashton) sneaks into his home and discovers that he was an artist. She steals his paintings, hoping to profit from them. Her curator and collector friends become obsessed with his art and are eager to cash in on her discovery.

Morf (Gyllenhaal), the critic she's involved with, researches Dease for a potential book project, learning that the artist had a troubled past, which includes a suspicious fire that killed his mother and sister, his murder of his father, and his struggles with mental illness as depicted in his paintings, which partially consist of blood. A series of gruesome deaths follow because the evil spirit hailing from Dease's work can kill through any piece of art.

So Why Do All Those People Die?

Its art talk might be grandiose, but the film sure does deliver on gore. Basically, anyone who dies has been greedy about art and wanted to capitalize on it for personal gain. Here's a chronology of the deaths, as well as why they happen.

What Should We Make of the Imagery at the End?

The movie ends with a creepy close-up of a Dease painting, which is being sold by a homeless man on the streets. It shows two children playing at the beach during sunset, perhaps an homage that the artist pays to his sister. (Or alternatively, a sinister nod that suggests he has something to do with the fire that kills her, since the warm colour palette almost makes the children look engulfed in flames.)

In the credits, Piers (John Malkovich), an artist who's lost his magic throughout the movie, dances on the beach, doodling in the sand and watching the waves swallow his art. Still, he's happy and spared from a nasty death because his art is authentic and pure.

So there you have it, an arthouse horror farce that's literally about art. In the meantime, we'll be working on our pronunciation of "melancholy," just in case Morf decides to haunt us through his art blog or something.