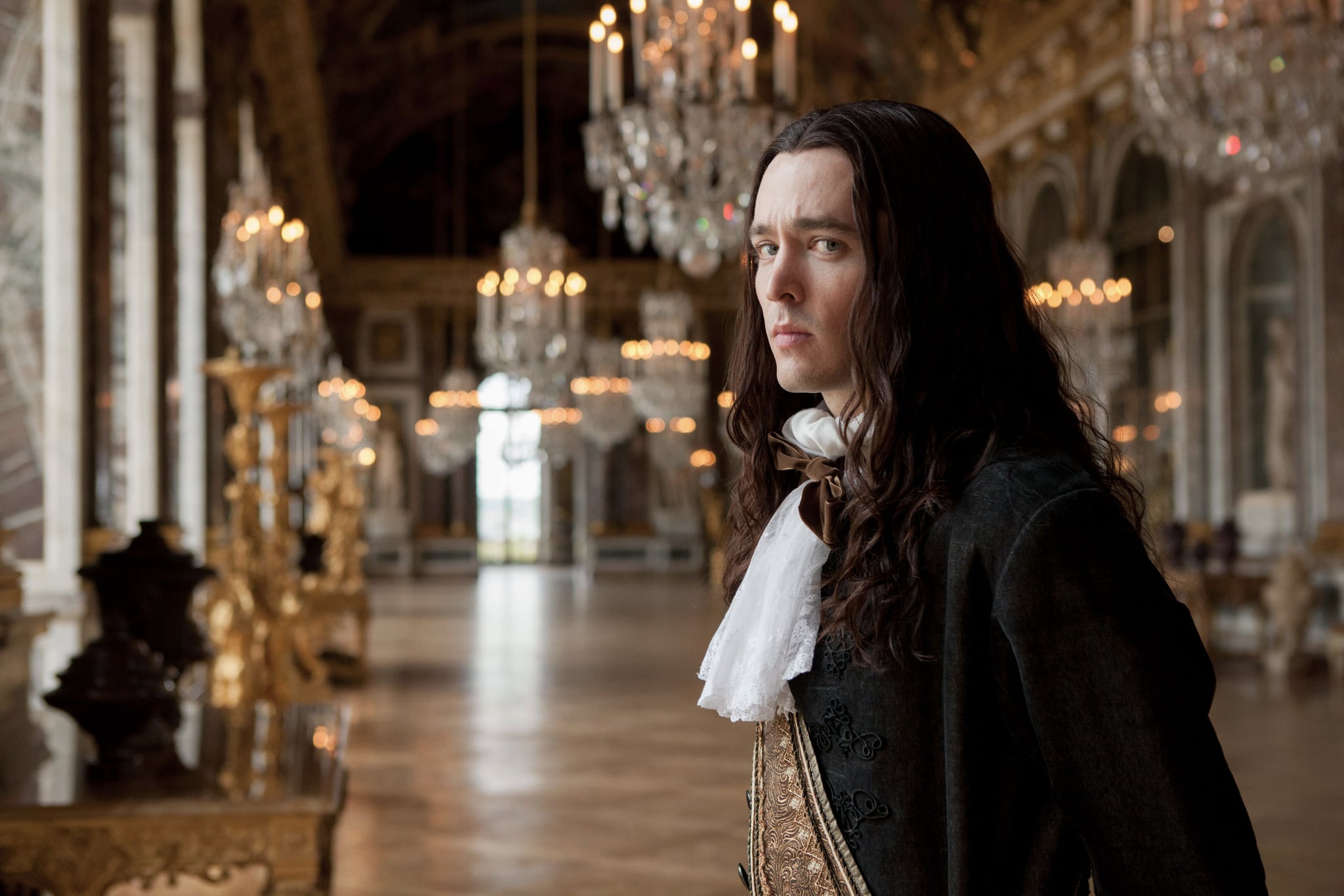 When I was 14 years old and first knew I was transgender, the only LGBTQ+ history I knew about was Stonewall, the AIDS crisis, and recent acts of violence and discrimination against the gay community. That's pretty discouraging when you're a scared and confused queer kid, now convinced your future will be full of prejudice and bigotry. Since I didn't like learning history much in school, I'd go home and watch TV shows or read books all about it. To this day, my bookshelf is lined with historical nonfiction, despite the degree I'm studying having nothing to do with history.

So, when I discovered Versailles — I caught my parents watching an early episode of season three here in the UK — I immediately fell in love with the breathtaking scenery and glamorous costumes, watching people who lived and breathed live and breathe all over again right on my screen. I watched the entire first two seasons in one weekend to catch up. I think it's safe to say I was hooked. Being a theater student, I like to imagine myself someday being in a period drama like Versailles, bringing someone back to life and immersing myself in their story. Plus, honestly, I'm dying to wear one of those fancy coats.

To me, he is the personification of strength and beauty living in harmony. The perfect balance of masculinity and femininity.

I worry a lot about how I present myself and how people perceive me, thinking things like "you can see my chest binder through this shirt, there's no way I'm passing as male" and "these jeans are from the women's section, I hope no one notices." I spend an eternity rummaging through my wardrobe, changing outfits over and over just to find something comfortable, both physically and mentally, that doesn't amplify my gender dysphoria and that helps me pass as male to others. In times like these, when I feel like everything fits wrong and there's nothing I can do to mask my unwanted feminine features, I remember episode two of Versailles: When Philippe, Duke of Orleans and brother to King Louis XIV, first walks into a salon full of members of the court on the arm of another man, dressed in a beautiful gown with his head held high. And he's a war hero, on top of it! When I remember that, suddenly all my wardrobe worries seem silly.

When people thought him weak just because he's effeminate, he proves them wrong. As soon as one courtier dares give him strife, he defends himself without shame. My parents probably just see some guy in a dress beating the hell out of a nobleman, but in Philippe, I see a shining light. To me, he is the personification of strength and beauty living in harmony. The perfect balance of masculinity and femininity. 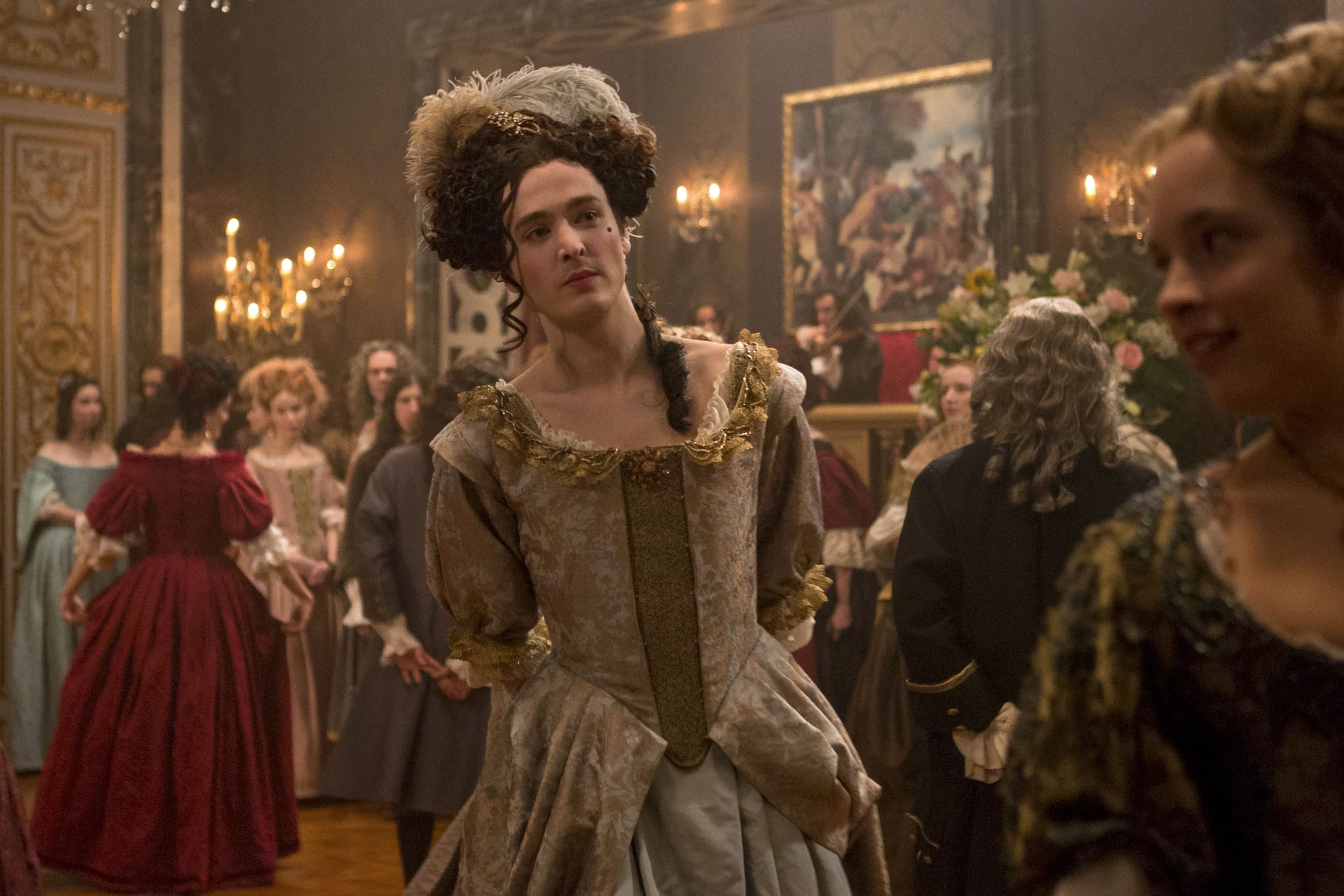 Femininity is a thing I've often despised. More specifically, my own femininity. I can often be seen as very camp in my behavior, and my body type just doesn't allow for more masculine clothing. I hate my feminine curves, my feminine voice, my feminine body language. The list seems to go on and on. I live for the days I finally start hormone therapy to lower my voice, grow facial hair, and get a more masculine figure. Yet, sometimes I find myself embracing my femininity. I wear women's clothes and buy things in bright and traditionally "feminine" colors, but I fear that, when I hopefully have a full beard and a deep voice, these things will be frowned upon even more than they are now. I hear or think the words "not trans enough" far too often. People look at the way I dress or act and decide that I am not trans simply because of their own outdated perceptions of what a man or a woman is. Philippe, the skilled warrior and ethereal beauty, has taught me to stand strong and proud under the scrutiny of people like this. He taught me that my increasingly masculine appearance doesn't mean I have to abandon my feminine traits. I can still be exactly who I am, wear whatever I want, do what makes me happy, and still be the man I've always meant to be. What other people deem masculine or feminine shouldn't affect my own personal definitions of the words.

I hear or think the words "not trans enough" far too often.

The final episode of Versailles's season three aired here in the UK earlier this Summer, and one line, spoken by Philippe to his older brother as they gaze upon a painting of themselves in their childhood, resonated with me deeply: "Who would've thought a little girl like that would one day save the king's life?" I have two older brothers and an older stepbrother — all very traditionally masculine — to be compared to, and I often feel like I must act differently and work harder to, in some way, be their equal. I suspect my parents don't believe I will actually follow through with my transition and that it's still, even after five years, "just a phase." Someday, I hope to prove them wrong and look back at myself, thinking: "Who would've thought a little girl like that would one day grow up to be such a strong, confident, and independent man?"

Related:
Embracing My Scars as a Transgender Man

On Aug. 29, I had the privilege of meeting Philippe himself, Alexander Vlahos, when he starred in Romeo and Juliet at the pop-up Shakespeare's Rose Theatre in York, England. I spent most of my Summer thinking I wouldn't get to see it — it was a long way to travel, and I couldn't afford it — and the more I thought about it, the more it broke my heart. That was until one day I was at Shakespeare's Globe in London. Standing amongst the other groundlings, feeling the euphoria I get from seeing Shakespeare live, I decided I could not miss out on seeing Alex as Romeo. My parents agreed to pay for most of the trip as a birthday present and so, a few weeks later, I was on my way. I traveled over 200 miles to York from my little village in Berkshire, filled with anticipation and hoping that I'd get the chance to speak to Alex. 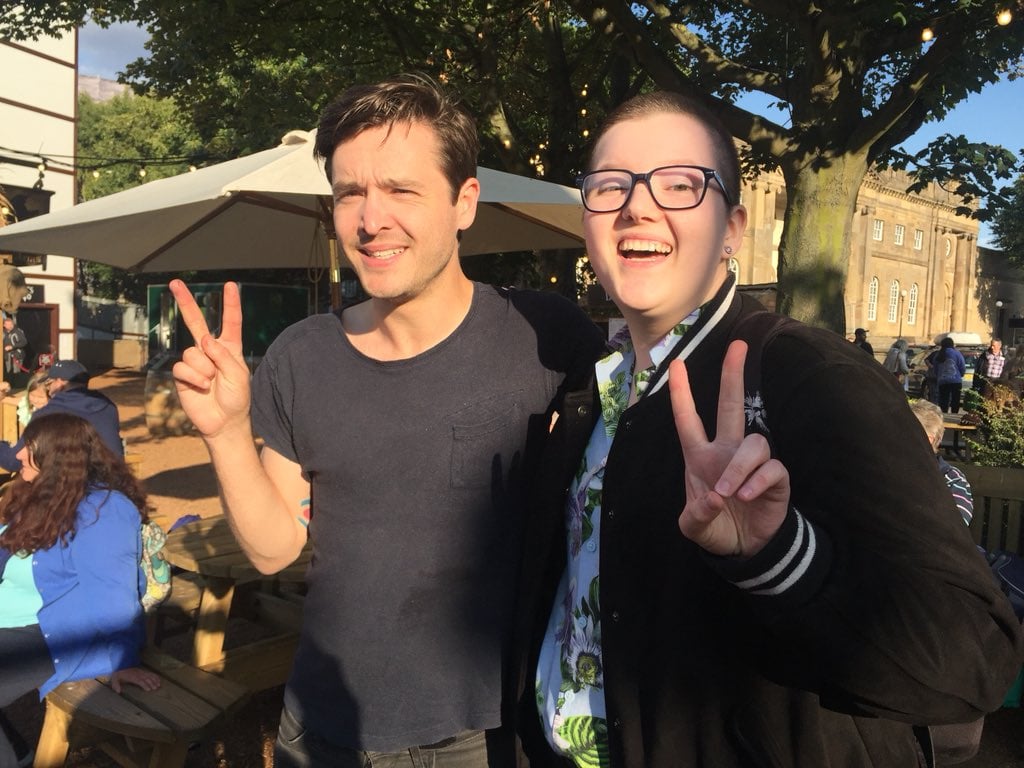 Alexander Vlahos (left) and the author. Courtesy of Sebastian Bartlett

When my chance came, I don't think I've ever been so nervous. Despite spending most of my life on stage, I've never been very good at speaking when I'm anxious, and so I was short of breath, shaking, and my stomach felt like it was doing somersaults. However, Alex couldn't have been kinder. I explained that I was transgender and queer as well as the youngest of four brothers, telling him how much I related to Philippe. Alex replied saying that Philippe is many people's "way in" to Versailles, and it warmed my heart to hear him speak of other people like me finding inspiration or an escape in Philippe. Alex was, of course, fantastic in the play. I was completely in awe, and I don't think I've ever felt more inspired by a performance in my life. He is even more mesmerizing on stage than he is on screen, and I hope to see him in his next role soon.

If I'm honest, the thought of so many people reading this terrifies me, but Versailles is such a brilliant show. It's very special to so many people, and maybe if someone like me reads this, I could introduce them to exactly what they need. I am so glad I found this show, this actor, and this character, and I will forever be grateful for the joy they've given me.

The first two seasons of Versailles are streaming on Netflix. The third and final season premieres on Ovation on Saturday, Oct. 6, at 10 p.m. ET/7 p.m. PT.