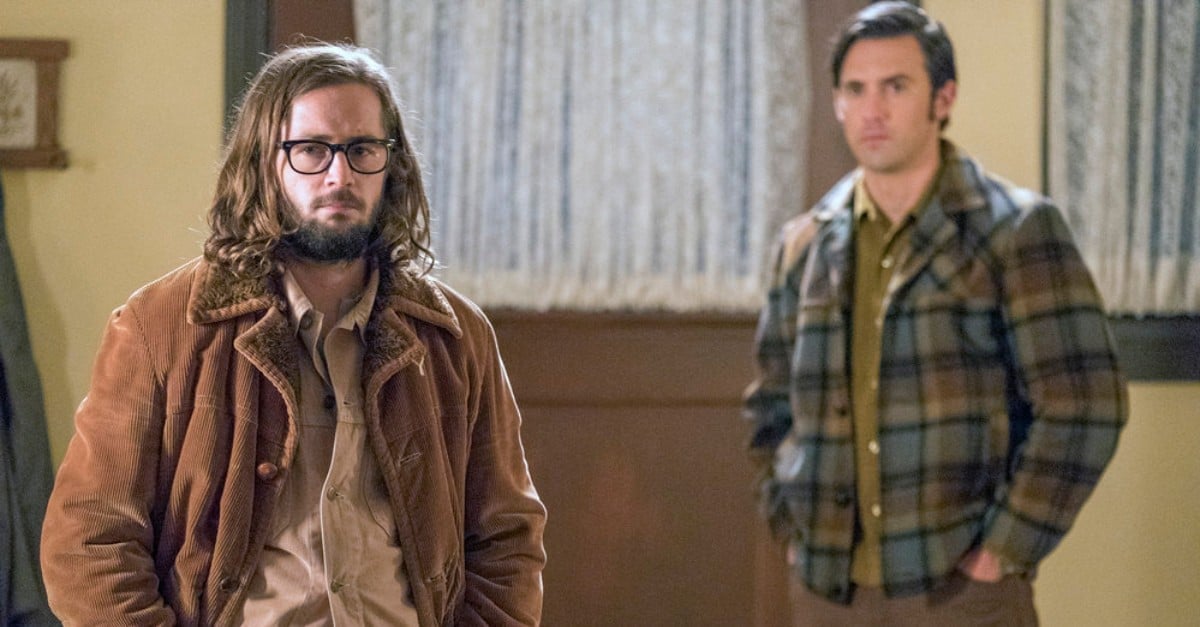 Episode four of This Is Us season three takes viewers deep into Jack's past for an all too real visit to the frontlines of the Vietnam War. Cowritten by The Things They Carried author Tim O'Brien, "Vietnam" offers younger viewers a glimpse of a much talked about but little understood aspect of the war: the Vietnam draft. Midway through the episode, we discover Jack has a preexisting heart condition that exempts him from being called up. However, his little brother Nicky is anxiously waiting to see if his number will be called during the evening's televised draft lottery. Despite Jack's assurances that even if Nicky's birthday — Oct. 18 — is called, it will be so far down the list, he won't see active duty, his little brother's birthday is the fifth one drawn from the 366 possible birthdays included in the lottery (one for every day of the year, including Feb. 29). But just how accurate is This Is Us's depiction of the draft? It turns out the show didn't cut any corners when it came time to re-create the historic moment.

According to Historynet.com, the December 1, 1969, draft lottery was the first ever to be televised, and young men across the country tuned in to CBS to see if their birthdate would be called early in the telecast, more or less guaranteeing they would be sent to Vietnam. Like Jack and Nicky, some men watched the lottery at bars, while others saw it in their homes or even college dorms. No matter where they were that night, the results of the lottery would change their lives forever.

During the bar scene, Nicky and Jack are seen watching footage of the actual lottery. New York Congressman Alexander Pirnie is shown drawing the first of the blue capsules from a large jar. Inside the capsule is a piece of paper that reads Sept. 14 — the first birthdate called. Nicky's birthday, Oct. 18, is the fifth one drawn from the jar, despite his mother being told when he was born that 18 is a lucky number. The writers obviously chose a birthdate that was drawn early to drive home the point that Nicky has little choice about going to Vietnam. USA Today's draft lottery number picker reveals that Oct. 18 actually was the fifth birthdate drawn that night.

Men like Nicky whose birthdays were called early were expected to report for physicals to determine if they were fit to serve. Some men chose to leave the United States to avoid the draft, which is what Jack wants his little brother to do in order to keep him safe. Nicky's decision not to go to Canada ends up not only changing the course of his life but also Jack's. The episode reveals that Jack's doctor gives him advice on how to hide his heart condition so that he can volunteer for the war in order to be close to Nicky. This means that Jack chooses to enlist despite having a legitimate reason not to serve.

This Is Us wisely chose not to add any embellishments to a historical event that changed so many lives. With the help of O'Brien, the Vietnam War draft became all too real for Jack and Nicky — and that's no doubt a sign of the amount of detail that the show will include as this part of Jack's story continues to unfold.