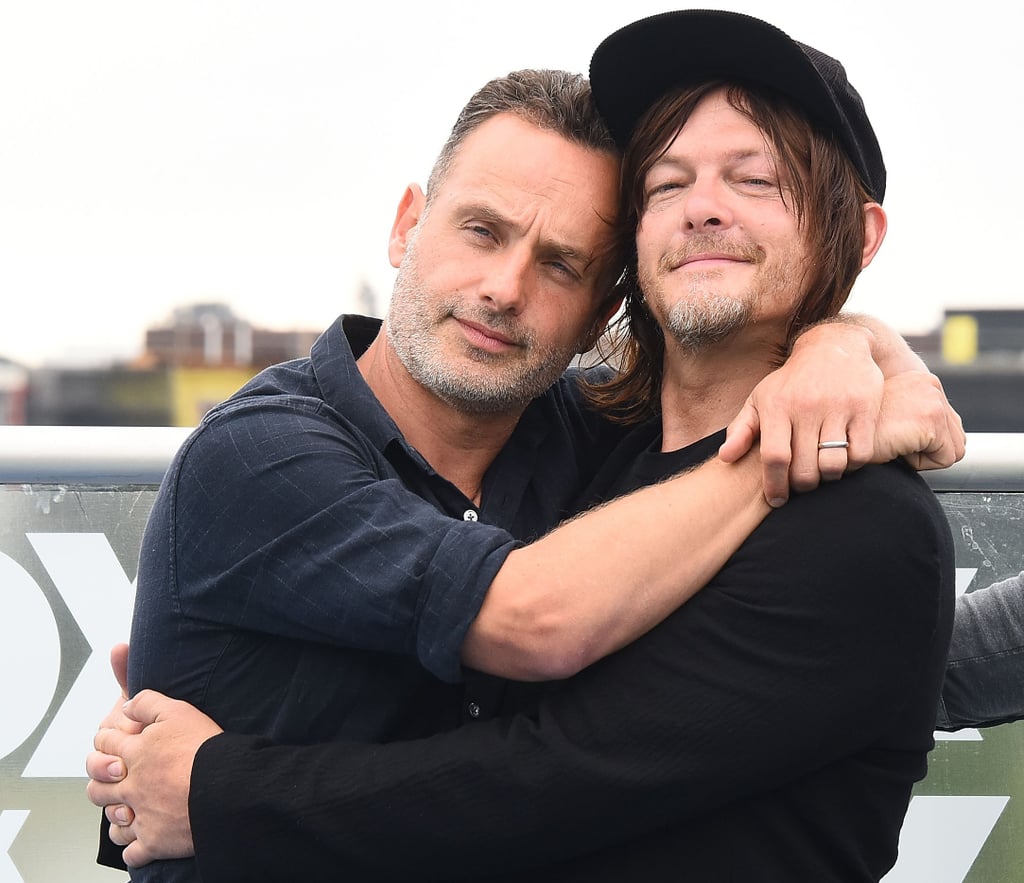 As is their annual tradition, the cast of The Walking Dead descended on San Diego for the weekend's Comic-Con festivities. But with news that Andrew Lincoln is leaving the show, it seems the reunion has been tinged with just a bit of sadness for fans of the show. After all, with Lincoln's imminent departure looming on the horizon, it may very well be the case that this is his last time at Comic-Con representing Rick Grimes with the rest of his TWD crew.

Even though we're crossing our fingers that he mystically appears next year, we're going to wallow (and bask) in these adorable pictures of the cast from Friday's photocall. Nothing beats a sweet hug chain featuring Lincoln, Norman Reedus, Lauren Cohan, Danai Gurira, and Jeffrey Dean Morgan. There's even a little Funko pop doll of Carol Peletier aka Melissa McBride to round out the group. So, if you can bear to stop watching the season nine trailer for a few moments, we've got a whole avalanche of cute pictures for you.

Previous Next Start Slideshow
The Walking DeadComic-ConTV
Around The Web