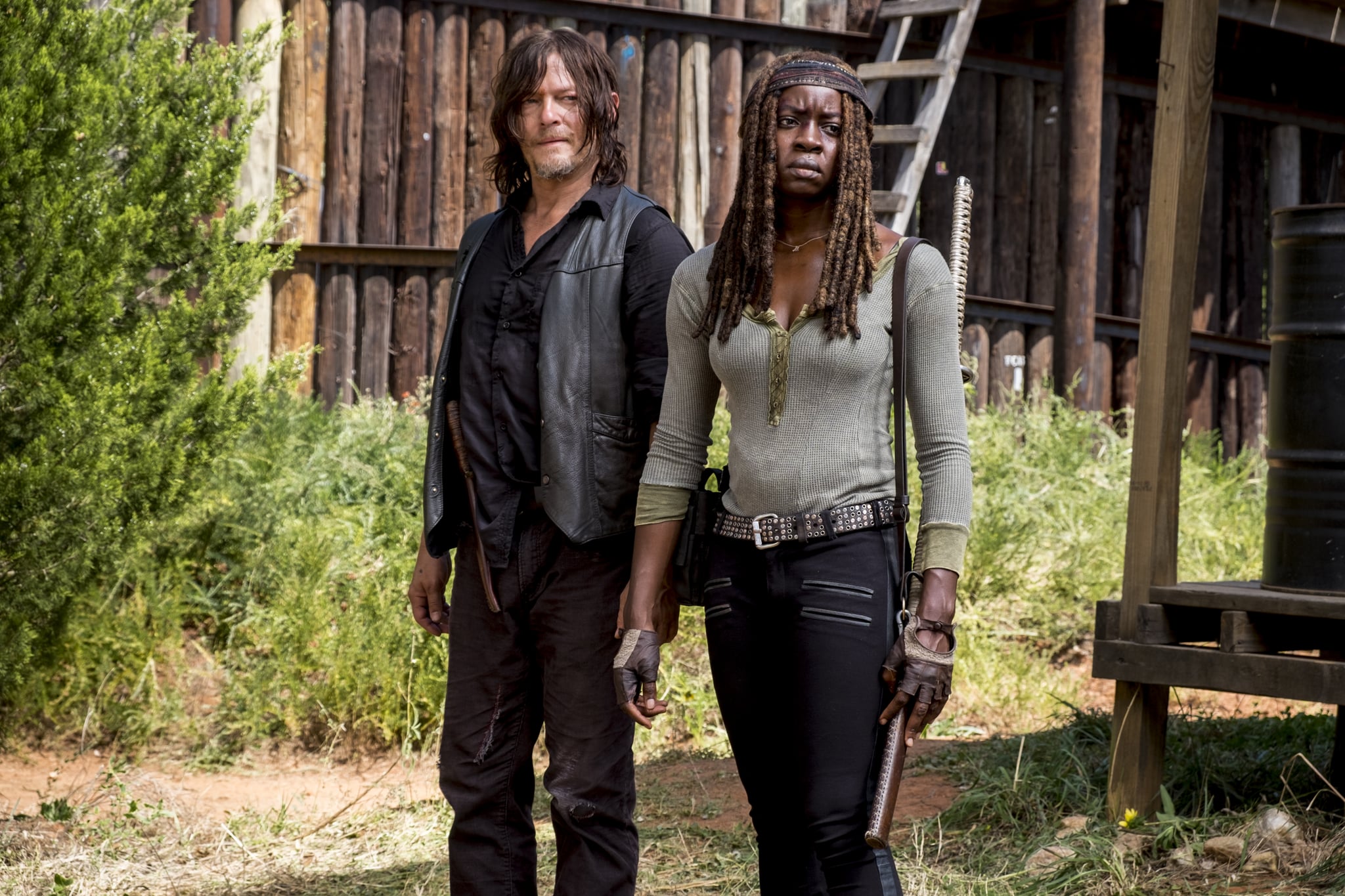 Season eight of The Walking Dead has had some exciting moments, but overall, it's been a bit of a slow trudge to the finish line. Despite the arrival of mysterious new characters and the shocking death of a fan favourite, multiple storylines have bogged down what started off as a strong return to the sweaty, bloody, dangerous world our favourite zombie slayers inhabit. Fortunately, things seem to be looking up.

With the season eight finale inching ever closer, the show's cast and production team have started to drop some exciting hints about an explosive, "satisfying" conclusion. From the air date to what's in store for Rick, Daryl, Michonne, and the rest of the gang, we've rounded up everything we know about the finale so far.

Related:
Everything You Need to Know About The Walking Dead's Mysterious New Character, Georgie

It's Going to Be "Satisfying"

It's no secret that recent episodes have been jam-packed with different plots. Sometimes up to five different stories have played out over the course of one episode, which can result in some serious Walking Dead whiplash. Well, according to star Norman Reedus, that trend isn't going to stop anytime soon. Luckily it sounds like it's going to be worth it judging from his recent interview with Entertainment Weekly.

"There are about four elements of the finale that are great on their own," he said. "There are four things that happen that could be the finale, and they all go off at once at the same time. They head in different directions, and they're all individually as good as the next, and they're all very, very satisfying. I like that about it. I like that it's not just one person's story. There are probably four, maybe five, different directions that the show could've ended on and it went in all of them. It's very satisfying."

It Could Be the Biggest Walking Dead Finale in Some Time

It's still too early to call just how wild things are going to get in the season-ender, but showrunner Scott M. Gimple hinted to EW earlier this year that fans should expect some thrills. "It's very big," Gimple teased. "Probably currently a little too big. It was pretty amazing the scope of some of the things that we got to do. And yet the emotional intensity was insane. And it very much sets up the start of the next story."

Fans of the Graphic Novels Should Expect a Few Big Changes

Creator Robert Kirkman's comics might have inspired the show as a whole, but recently the TV adaptation has decided to diverge from the events of the source material in a few major ways (Carl's death being the biggest). Whether you're down with that creative decision or not, Gimple assured EW that the writers have plans to keep carving out totally new stories.

"I think emotionally we're aspiring to evoke the same feeling that [creator Robert Kirkman] achieved in the book," he said. "But from the butterfly effect and different characters around that weren't and vice versa, and even just the thrust of the story, how things play out are quite different in a lot of ways. There are some big changes that change the very outcome of certain aspects of the story — still trying to be true to the emotions of the story, but changing some big parts of it. It plays out very differently."

We'll Get a Taste of Season 9

The Walking Dead is set to wrap up season eight on April 15, so mark your calendars.

Squid Game
Rami Malek and Pete Davidson Recap Squid Game in a Country Song, and We Can't Stop Singing It
by Yerin Kim 20 hours ago