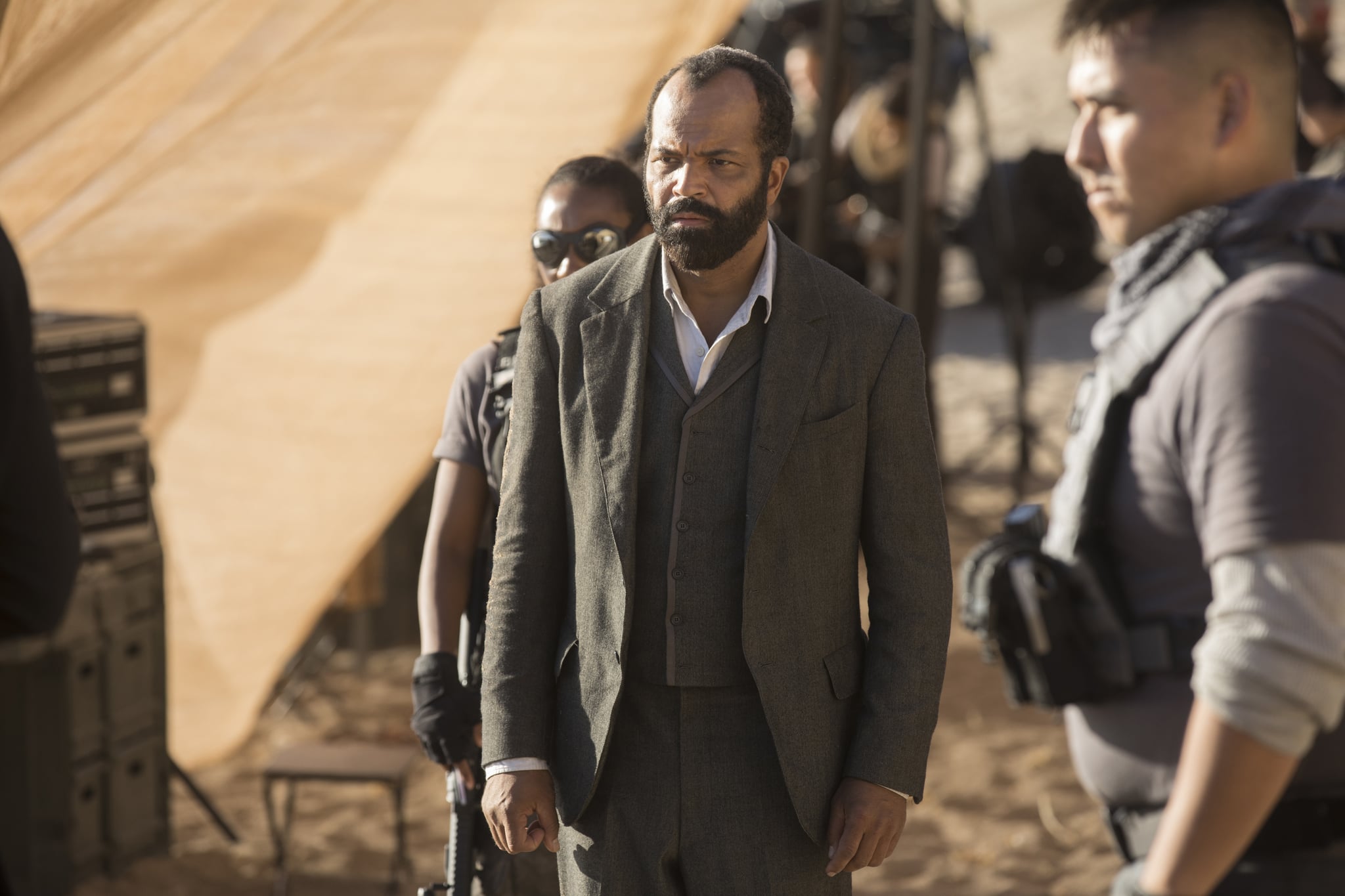 Heads up: MAJOR spoilers for the season two premiere of Westworld below!

Welcome back to Westworld, where the sun is shining, the blood is flowing, and the robots are revolting. Sound like your kind of holiday?

In the season two premiere of HBO's hit sci-fi drama, more than a few lingering questions from season one are answered — for instance, where the park is located and what Lee Sizemore's naked body looks like — but just as many mysterious cans of worms are opened. Given the episode's disorienting method of storytelling (translation: hopping all around in time), even die-hard fans are confused about when everything in the premiere is taking place, and what, exactly, is even happening. Bernard's new role as narrator isn't a reliable one, to say the least. This problem is made even more puzzling by the premiere's final few minutes, which hint at the permanent death of one of Westworld's most beloved hosts: Teddy Flood (James Marsden).

Related:
24 People Who Are JUST as Confused by the Westworld Premiere as You Are

As if his last name wasn't an ominous enough clue, yes, that's Teddy's lifeless body floating in the water at the end of "Journey Into Night." So, how did he get there? To rewind a bit, the episode opens with Bernard (Jeffrey Wright) waking up on the beach not far from where Dolores carries out her massacre in season one's finale. From there, Bernard begins to have flashbacks to what he went through immediately after the massacre, but we only see up to him and Delos executive Charlotte Hale (Tessa Thompson) escaping some murderous hosts and uncovering a secret underground lab. In the current timeline, he's accompanied by Westworld head of security Ashley Stubbs (Luke Hemsworth) and Karl Strand (Gustaf Skarsgard), Delos Incorporated's Head of Operations.

Strand spends the whole episode trying to jog Bernard's memory of what happened the night Dolores goes rogue, but the scientist remains mum. That is, until the last few seconds, when he makes a chilling declaration upon seeing hundreds of hosts floating in a mysterious ocean: "I killed them all." Strand and the rest of his security team are able to find all of the water-logged hosts using the tracking devices embedded in them, which they can monitor remotely on an iPad. They notice that a huge group of hosts have gathered in one specific location and head that way. Unfortunately, what they find is the mass grave. One of the many bodies submerged in the water is Teddy's, but there's no sign of rebel leader Dolores (Evan Rachel Wood). Has she abandoned her one true love? Is she merely floating nearby? Is she working with Bernard?

Sadly, those are all questions that we'll have to wait until episode two (at least) to get more information on. There's no telling whether the Delos security team can track Dolores specifically or if they'll be able to pull out the core of Teddy's robot brain to watch his final moments before he ended up in the river. What we do know is that the series' adherence to the phrase "these violent delights have violent ends" appears to be holding true.