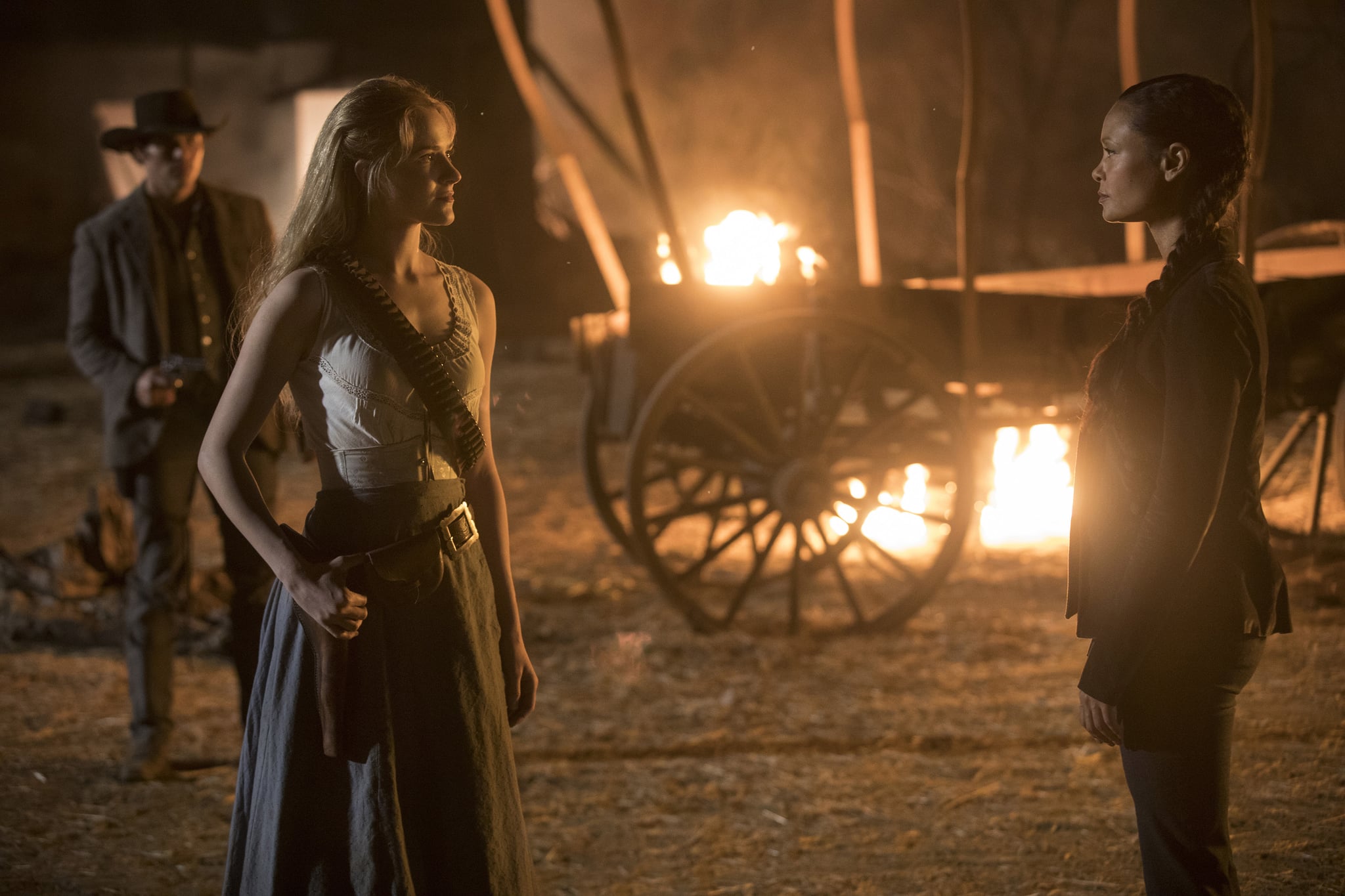 Mild spoilers for Westworld below!

Westworld's second season continues to be a bit of a brain twister, huh? In addition to a premiere episode that left some fans more than a little confused, HBO's sci-fi epic is working with so many timelines that even the most loyal viewer might find themselves questioning every other scene. That being said, the series is just as intriguing as ever, providing us with as many answers to season one questions as it sparks fresh mysteries. Fortunately there's one question regarding the show's music that we can answer for you after the season's second episode, "Reunion."

During an early scene in a saloon featuring a conversation between the Man in Black (Ed Harris) and Lawrence (Clifton Collins Jr.), the establishment's piano bangs out a familiar tune: "Runaway" by Kanye West. It's just the instrumental version, so you'd be forgiven if you couldn't place it. From that scene alone we knew that the track must hold special significance for season two, given how it's also one of the songs featured in the trailers that HBO released leading up to Westworld's April premiere.

Are the creators of the series merely big My Beautiful Dark Twisted Fantasy fans, or could it be something more? When you take a look at the lyrics, a few themes begin to emerge:

The lyrics could illustrate the dynamic that the now-sentient hosts, like Dolores (Evan Rachel Wood) and Maeve (Thandie Newton), have with their controlling puppeteers. Sure, it's a stretch, but there's no question that they, as well as many others, have been putting up with Delos's sh*t for way too long. Not to mention, Dolores all but announces her plans to run away from the park and enter the real world.

That's not the only time the song is incorporated into the episode, either. Toward the end of "Reunion," we see a flashback of Delores wandering around a retirement party held in honour of Delos's founder and CEO, aka Logan's dad and The Man in Black/William's father-in-law. She stumbles upon Logan (Ben Barnes), who's shooting up away from the prying eyes of his family. They share a brief conversation in which Logan vaguely hints at his family's company's mistakes, noting that everyone involved lit the match that's going to burn the world down. He punctuates his vague talk with Dolores by raising a glass and saying, "Here's to you, assholes."

A literal "toast for the assholes"? How fitting.