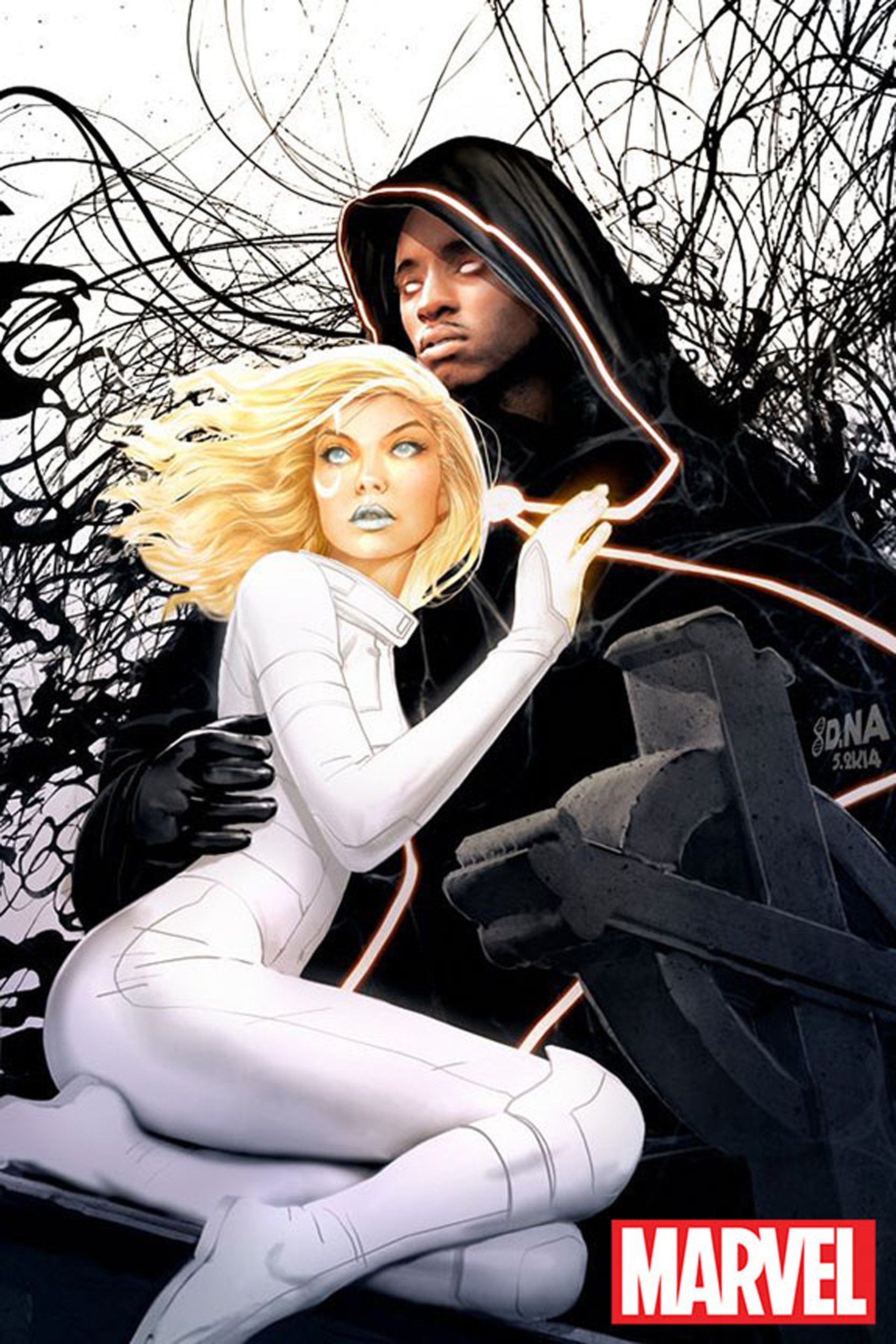 Freeform's upcoming Marvel series, Cloak & Dagger immediately caught our attention based on its intense trailer alone. The show follows Tyrone and Tandy, played by newcomer Aubrey Joseph and Disney Channel alum Olivia Holt, respectively, as they discover their own supernatural abilities while navigating life as teenagers. My kind of TV drama, if I'm being honest.

Critics who've already screened the first four episodes have given the show decent reviews, which has us even more eager for the premiere on June 7. If the show follows the comics, there's bound to be plenty of action and high tension between Tyrone (Cloak) and Tandy (Dagger) who have an interesting dynamic as they come from completely opposite backgrounds.

As the story goes, their worlds collide when Tyrone saves Tandy from a potential robbery. They form a friendship as two teenage runaways and find themselves being used as lab rats for a new synthetic heroin after accepting an offer for shelter from a strange man. Tandy and Tyrone are eventually able to escape the criminal chemist (known as Simon Marshall in the comics), and quickly realise that the side effects of the illegal drugs have aided them with superhuman abilities.

Related:
Cloak & Dagger Is Marvel's Superhero Romeo and Juliet — and You'll Be Obsessed

Now free from captivity, Tyrone has the ability to manipulate darkness. His body is a portal to what's known as the "Darkforce Dimension," a world of strange ebony energy, according to his official Marvel bio. He uses his powers to cloak his targets, usually minions of Marshall's, in complete darkness. He also wears a makeshift cloak to hide his "shadowy appearance."

As Cloak, Tyrone is usually intangible and can create fields of darkness around him. Those enveloped by his powers may feel a cold numbing sensation in addition to crippling fear. They may also see "disturbing visions." Overlong exposure to his cloak of darkness can drive his victims insane and eventually cause fatalities unless he releases them.

Tandy's mutant powers are the polar opposite of Tyrone's. According to her official Marvel bio, the troubled teenager "gained the ability to project light in the form of energy daggers, which she used to subdue Tyrone's darkness." In the comics, Tandy goes by Dagger, and her light renders her "largely immune to Cloak's darkness, and she can extend her light to protect others within Cloak's darkness if need be."

These two are definitely a force to be reckoned with and we, for one, can't wait to see how their superpowers are portrayed on the small screen!