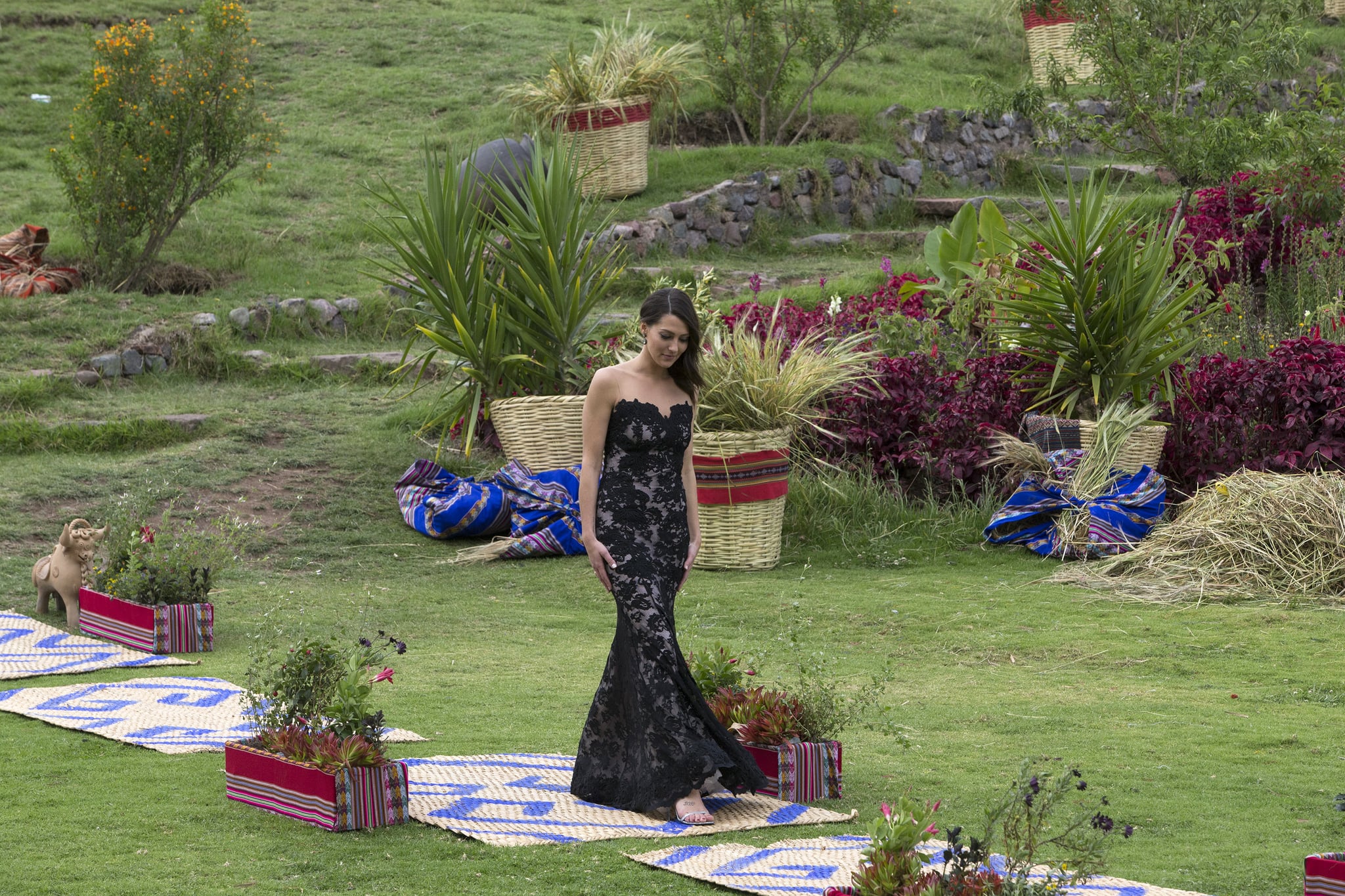 Heartbreaking. Cruel. Devastating. There really aren't enough words to describe the emotional sh*tshow that was the first portion of The Bachelor's season finale. Arie Luyendyk Jr. threw a Jason Mesnick-esque plot twist that left viewers in a puddle of their own tears, as he proposed to Becca Kufrin, only to surprise her with an on-camera breakup months later so he could try to win Lauren Burnham back.

Related:
23 People Who Lost Their Sh*t While Watching the Heartbreaking Bachelor Finale

Before all the drama went down, Becca poured her heart out to Arie on the shores of a (very oddly muddy) river in Peru. We rewatched the dramatic episode to document exactly what Becca said to Arie before he proposed, and her hopeful and vulnerable words are honestly painful to read over again, considering what happened months later in hindsight. Here's exactly what she said:

Arie, since I first stepped out of the limo, I was in awe of you and just how cool, calm, and collected you were when I was a bundle of nerves. But since our very first conversation, you just put me at such ease and made me feel so comfortable. It just felt easy or it felt right. And the first date, you allowed me that night to just open up to you and be vulnerable, but there was no judgment there. You just let me be me, and I knew I was falling for you. And I was falling so hard and so fast, and it scared me because I didn't think that I could feel so deeply for someone so early on. But you proved me wrong. You've made falling in love with you easy. You make being in love with you easy. And I don't ever want to stop loving you. I love you so, so much, and I'm just ready to do this thing with you.

After graciously handing her heart to Arie on a silver platter, he professed that his love for her is "unmeasurable" and how they're "a team" before getting down on one knee and popping the big question with a (very flashy) engagement ring. Little did Becca know in those seemingly sweet moments of bliss, Arie would get cold feet a few months later and publicly humiliate her in front of thousands of viewers.

If you're looking to have a good cry, you can relive Becca's devastatingly hopeful speech during The Bachelor season finale on ABC.com. Now please excuse me while I repair my shattered heart.