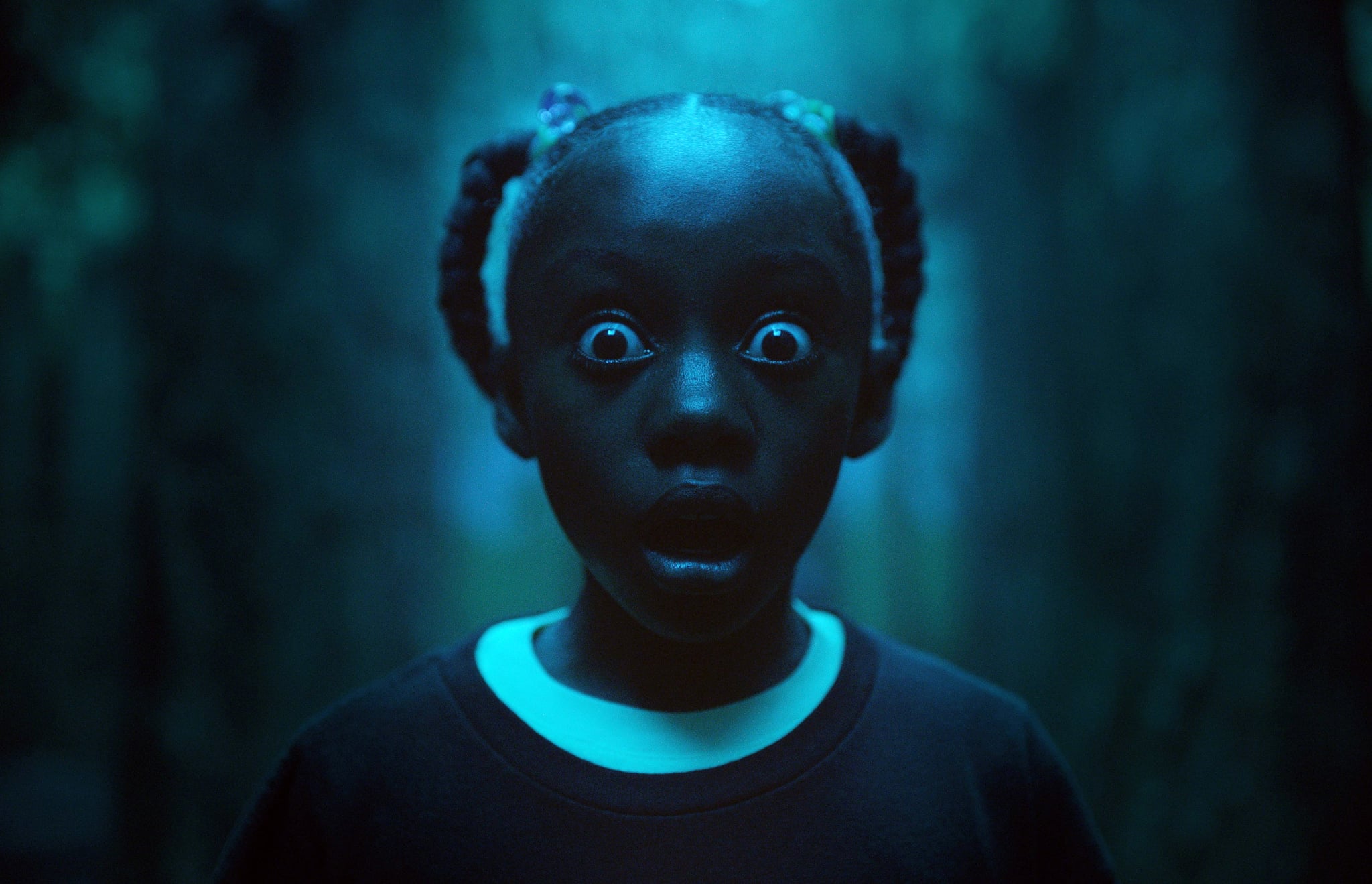 Once the credits for Jordan Peele's Us start to roll, you'll likely discover that your head is swirling with countless questions. Without spoiling anything, the ending is bonkers (and decidedly vague). In fact, the only nightmares I think I'm going to have are about all the unanswered questions Peele leaves me with. (I need to know more about the origin of the Tethered, OK?) But fortunately there's one relatively simple question I can answer for us all without needing a Ph.D. in heady themes about free will, fate, identity, and the human being's innate fear of The Other: what does the Bible passage "Jeremiah 11:11" say?

Warning: SPOILERS for Us are below!

Related:
The 16 Most Striking Pop Culture References and Easter Eggs in Jordan Peele's Us

This specific Bible verse appears twice in Us. The first time is in a flashback, when we see Lupita Nyong'o's character, Adelaide, hanging out on the boardwalk with her parents in 1986. After she wanders away from them, little Adelaide passes a homeless man who's holding up a cardboard sign with the verse written on it in marker. The second time the verse comes up is during the Tethered uprising decades later. The same homeless man, now much older, has been murdered by his doppelgänger, who has since ditched the sign in favour of carving "11:11" directly into his own forehead. (Uh, guess that saves on paper?) He proceeds to stand on the beach, staring out at the ocean with a look of triumph (or peace, perhaps?) as blood drips down his face and hands.

But back to the verse itself: generally, it refers to God's warning to the Jewish people that he'll turn his back on them if they continue to worship false idols. Per the King James version of the Bible, it reads:

"Therefore thus saith the Lord, Behold, I will bring evil upon them, which they shall not be able to escape; and though they shall cry unto me, I will not hearken unto them."

As for why Peele included it, the verse could be seen as a warning from the Tethered that they were about to "bring evil upon" the people above ground, who they viewed as undeserving of their privilege. Red, Adelaide's clone, is driven mad with her desire for revenge, and explicitly states that she doesn't think the people above deserve salvation.

But there's another element to "11:11" that should be taken into account, too. The number pops up again at other points in the film, like when Jason points out the hour to Adelaide on a clock in his bedroom just as the electricity goes out in their home and their evil doppelgängers attack. The numbers are also mirror images of each other, which could be yet another emphasis on the importance of duplicates in the film.