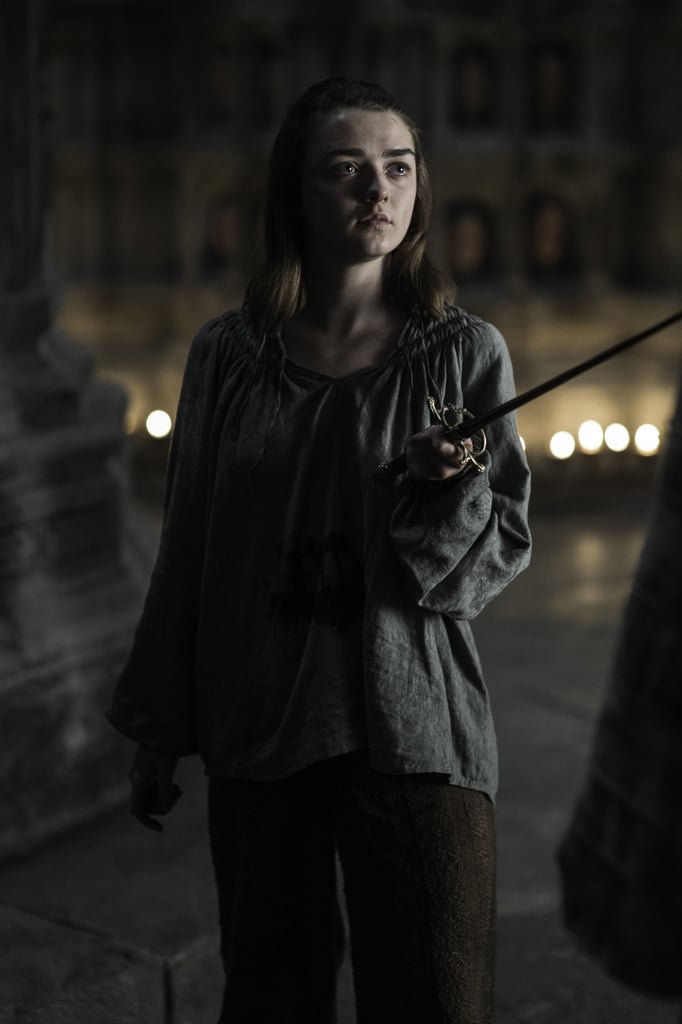 Winter has come and gone thanks to our favourite teenage assassin Arya Stark, who single-handedly takes down the Night King with what can only be described as one of the most badass moves we've ever seen on the show. The echoes of Game of Thrones fans hollering at their TV screens out of excitement during that moment in the Battle of Winterfell could be heard in living rooms worldwide, and Arya's neat knife trick won't be easily forgotten.

While most of us don't have a Valyrian steel dagger just lying around, that hasn't stopped fans all across Twitter from taking on #TheArya challenge — and the different household objects people are using in place of swords are absolutely hilarious. Arya probably couldn't have killed the Night King with a carrot (or maybe she could have), but it's pretty funny to imagine anyway. Check out how creative some fans got in trying to match Arya's quick handiwork ahead.

Related:
This Line in Melisandre and Arya's Conversation Proves Arya Will Be the 1 to Kill Cersei
Previous Next Start Slideshow
Twitter ReactionsChallengesGame Of ThronesTV