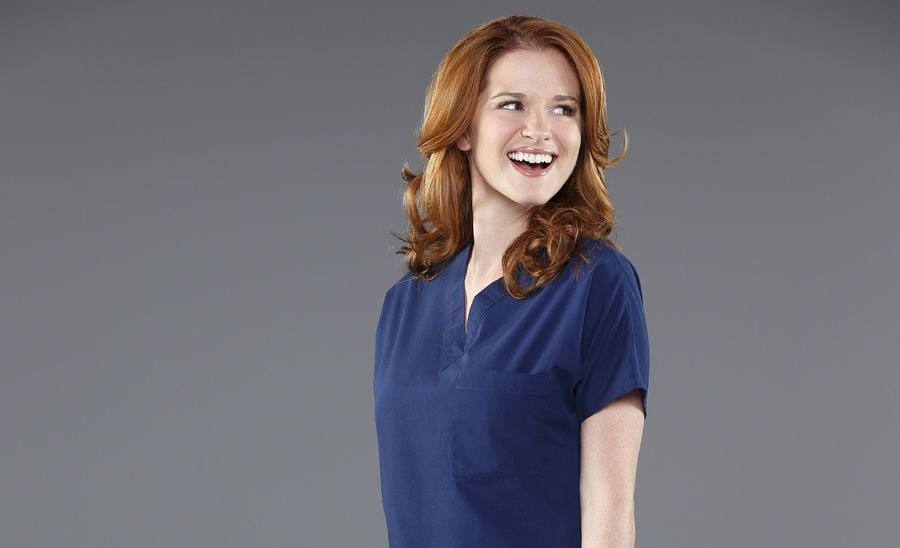 April Kepner is going through a difficult time on Grey's Anatomy lately. Over the last few episodes, she's watched her ex-fiance's wife die in labor, and has overall completely lost way. We are currently watching Kepner spiral while losing her faith, sleeping with an intern, drinking a lot, and being an overall mess from her once virgin, God-loving self. Here are three ways Kepner's story could go.

She Finds Her Faith Again

The first way, which we think is hinted at in last week's episode, is that Kepner finds her faith again and goes back to her old ways. As we all recall, Karin — who is the wife of Matthew — comes in during labor and Kepner quickly inserts herself into the situation. But Karin dies during labor, which sends Arizona on a hell-bent quest to find out why the maternal mortality rate in the U.S. is so high. Arizona gives her research idea to Kepner for the contest, and tells Kepner that Karin's death isn't her fault.

With Kepner not feeling guilty from Karin dying, maybe she won't "need a bottle of wine every night to sleep." Obviously she is grieving, but this forgiveness from Arizona seems to be a hint that Kepner may be done with her spiral and about to go back to her original, religious self.

She Goes Through a Transformation

But what if Kepner doesn't go back to being the wholesome, good-girl we know? Are we about to witness one of the most iconic glow ups in Grey's Anatomy history? Is Kepner going to pull herself up and become one of the baddest women in the hospital? And will she then get back with Matthew, and have a possibly beautiful family (this is a little bit of a stretch, but still nothing is impossible on Grey's). Hopefully her bingeing will cease, and she'll be able to be her strong self once again — if not a little bit more badass. This warrior butterfly transformation seems to be a possibility, because in being in charge of the contest Kepner has been taking a lot less B.S. from everyone else.

The third, totally unrealistic and WTF option is that Kepner dies. There's nothing that would lead us viewers to think this other than the fact that Grey's likes to torture us by randomly killing off everyone we love. Is this a probable outcome? No, not in the least. Is it possible? Totally, it's Grey's Anatomy, after all. What would be even more likely would be us getting tricked into thinking Kepner is dying or dead, just to find out that she's actually perfectly fine and just had a benign growth.