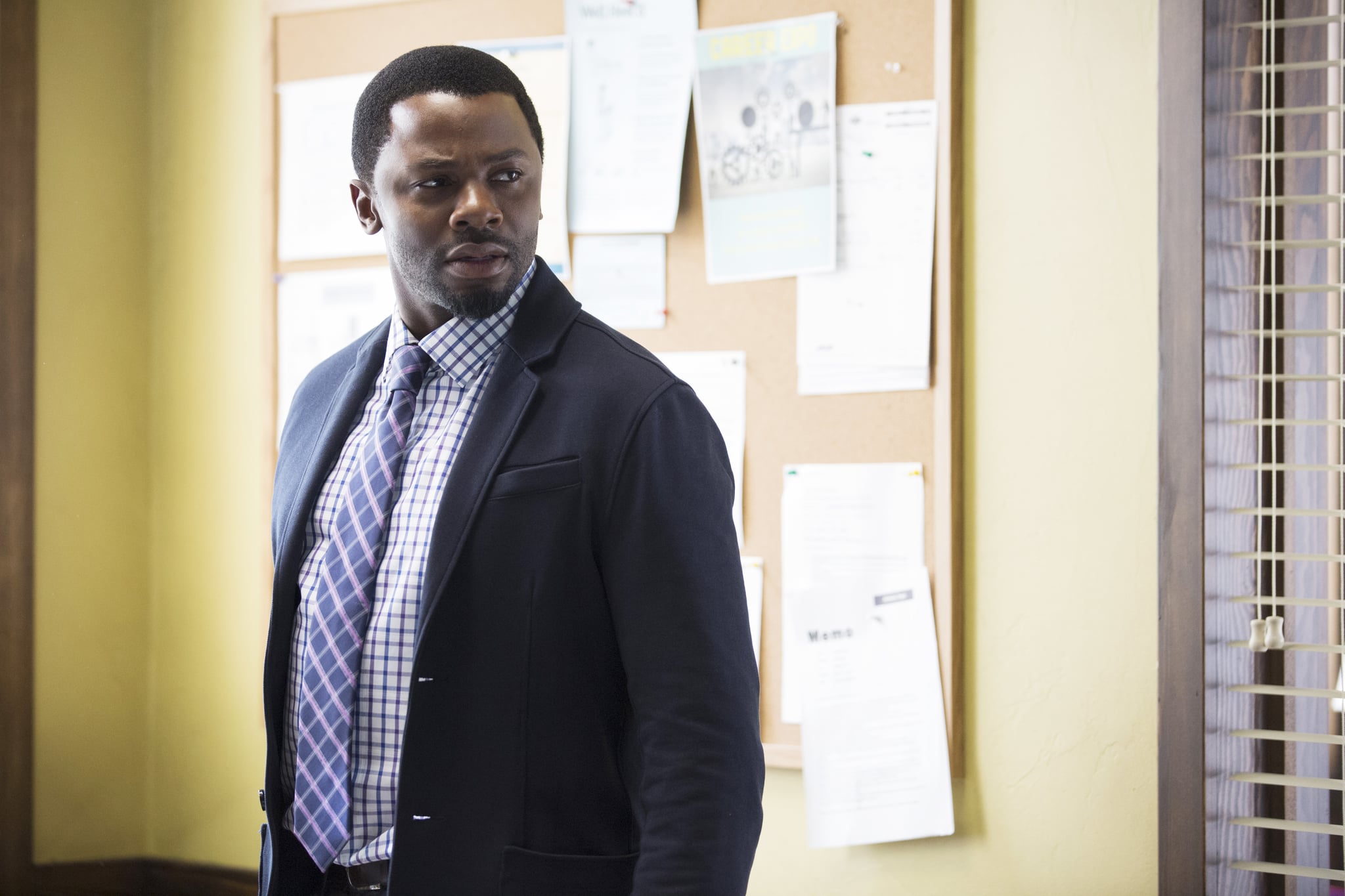 In the first episode of season one of Netflix's 13 Reasons Why, we get the distinct feeling that the adults at Liberty High School are not to be trusted. Through Hannah Baker's tapes, we even learn exactly which adult (in her view) fails her the most in her time of need: Mr. Porter. He's struggling quite a bit in season two, so you may be wondering exactly how he interacts with Hannah before her death. Here's a quick reminder!

Kevin Porter is Liberty High School's counselor, and we continuously see him checking in with all the students after Hannah's death. He comes across as very perceptive about who everyone hangs out with and in which social circles everyone is included. This is actually amazing because he reveals to another teacher that he has over 600 students on his advisory list. But in episode three, we see him lie outright to the principal about meeting Hannah. We know it to be true because as soon as the principal leaves his office, Mr. Porter rips out a page from his planner. We now know he must be wanting to hide something, but what?

During episode four, we see Mr. Porter portrayed as kindhearted and dedicated. Together with the principal, he is hosting a Suicide Prevention group. Hannah's mother, Olivia, shows up and reveals Hannah was bullied, using pictures of horrid things written on the walls in the bathrooms as evidence. While investigating the bathrooms, the principal and Mr. Porter discuss possibly talking to Andy Baker as a more reasonable person out of the two remaining Bakers. Mr. Porter says he knows Mr. Baker and that he shops at their store frequently.

When Mr. Porter drops in for diapers, the interaction between him and Mr. Baker plays more as a warning than a neighbourly drop-in. He recommends Mr. Baker seek professional help over the loss of Hannah and in dealing with the lawsuit. This obviously makes Mr. Baker question whether or not the lawsuit against the school is a sane thing to do. It leaves some wondering what type of person would do that to a grieving parent.

Related:
13 Reasons Why Is Confusing, So Here's the Order of the Tapes

Tape 7, Side A (the last tape) is the most revealing when it comes to Mr. Porter. Hannah tells us, "I decided to give life one more chance, but this time I was asking for help . . . of course if you are listening to this, I failed. Or he failed, and my fate is sealed."

Hannah knows that of all the adults around her, Mr. Porter should have the tools to help her. But he is obviously distracted throughout the entire meeting with Hannah (he receives three calls before finally putting away his cell phone). Mr. Porter asks Hannah if she had done something with a boy that she regrets now, an obvious effort to push blame back onto her. He says to her, "Maybe you consented then changed your mind?"

He tells her there is only one option if she won't give him a name: move on. Defeated and in tears, she leaves his office. Heartbreakingly, we see Hannah wait for him to come after her, for him to actually help. He does not follow, and we all know what happens to Hannah next.

We leave season one with Mr. Porter in possession of the tapes (Clay gives them to him during episode 13), and by the time season two picks up, he's in an obvious downward spiral. We won't spoil the new episodes for you, but let's just say he could use a counselor of his own.