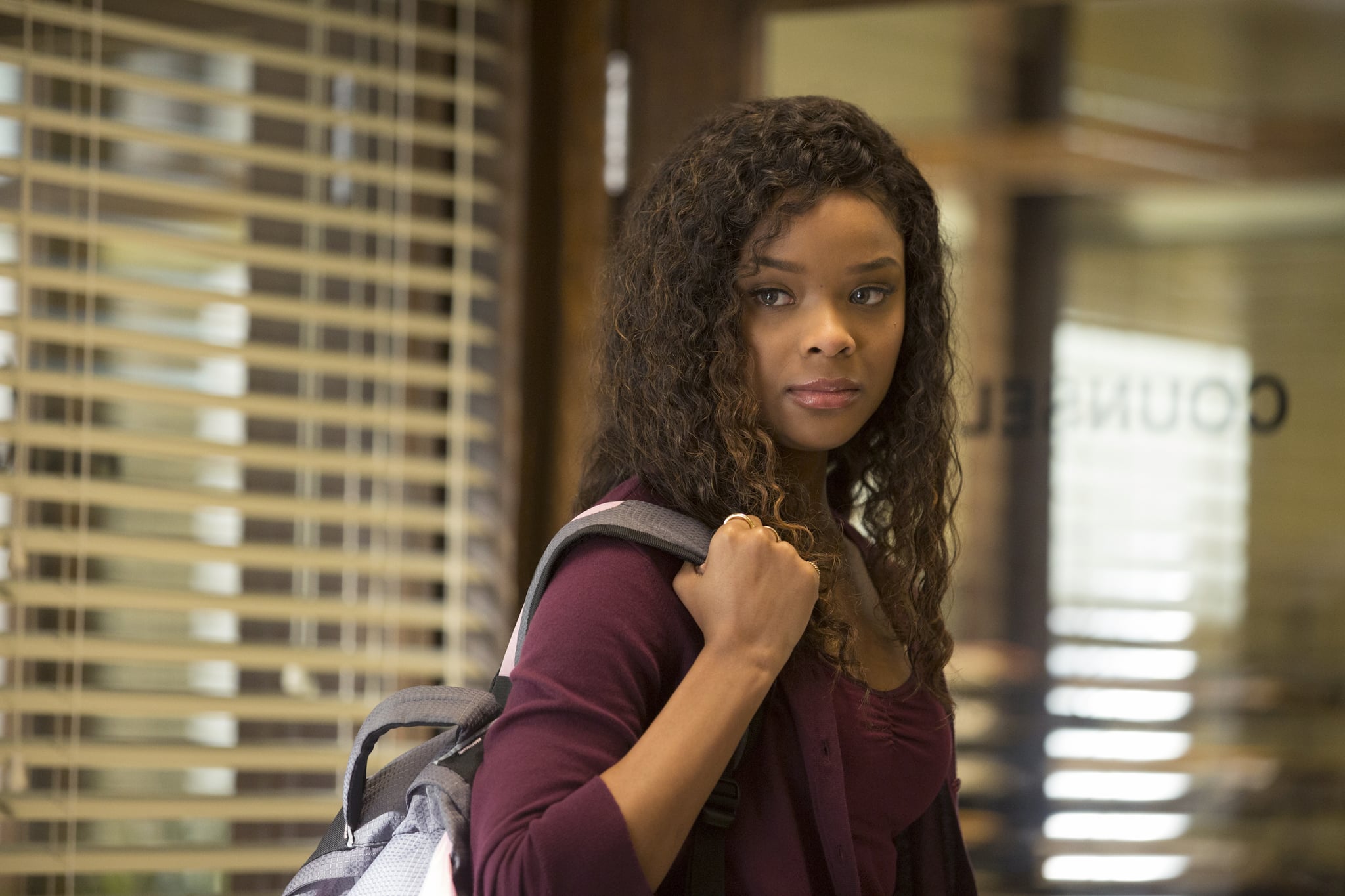 Netflix's 13 Reasons Why boasts a large cast of characters who we watch develop through flashbacks (Hannah's tapes) and in real time. We are introduced to Sheri Holland in the first episode, and she seems to be a genuine and kind-hearted young lady. Before digging into the events of season two, let's review everything that happens to Sheri and where, exactly, season one leaves her.

We really start to get a sense of who Sheri is during episode six, which is "Tape 3 Side B" in Hannah's series. On this tape, we learn about the dollar Valentine's grams the cheer squad is selling. Sheri encourages Hannah to buy one and to see who she matches with. Magnanimously, Sheri steers Hannah away from her top match (Bryce) and later cheers Hannah on when Marcus calls her. In present time, we see Sheri talking to Clay about her English paper she has due. Clay decides to help Sheri with her paper, and they end up going back to Clay's house after going to Monet's. During a romantic scene in All the Pretty Horses, they end up kissing but stop soon, as Sheri suspects Clay is thinking about Hannah. It is then, through tears, Sheri says, "I thought that maybe if you didn't listen to my tape, you would still like me."

We finally hear Sheri's tape ("Tape 5 Side B," episode 10) and discover just why she is reason 10 that Hannah Baker killed herself. In a flashback, we find Hannah at Jessica's party drunk and alone, sitting at the piano. Sheri arrives and Hannah says, "An unlikely hero came my way," but just how heroic Sheri actually is comes to light soon after. While digging in her purse for a cell phone charger while driving, Sheri runs into and knocks over a stop sign. Both girls freak out, but Sheri wants to leave the scene and call 911 about it later. Hannah adamantly refuses to just flee the scene, and this results in Sheri leaving Hannah on the side of the road.

Related:
How Old Is the Cast of 13 Reasons Why? An Age Investigation

To everyone's horror, this broken stop sign directly causes the accident and subsequent death of Jeff Atkins. When Hannah confronts Sheri about this at school and again urges her to tell the truth, Sheri says, "I made the biggest mistake of my life, and I am trying to keep it from ruining my life." Hannah knows Sheri will not tell the truth willingly and leaves her with anger and tears in her eyes.

Again in the present, Sheri begs Clay to give her a chance to show him she is trying to make amends. She gives him an address to met her at and he finds Sheri helping the old man that was in the car accident. She explains that she showed up with the intent to explain what happened that night but found herself unable to do so. Later, during episode 12, Sheri goes to Mr. Porter to try to talk about what happens and again finds herself unable. She obviously does not trust him (she has listened to all the tapes, after all), and instead of offering her resources to help, Mr. Porter urges her to talk to the school if she remembers anything.

In this same episode, we see several of the kids on Hannah's tapes having a meeting at Monet's to "get their stories straight." Sheri looks in on them through the window but does not go inside. Instead, she does what she should have done weeks before and calls 911 to turn herself in.

While Sheri was never outright mean to Hannah, she did have a hand in breaking Hannah's spirit and faith in humanity. We don't see Sheri in the last episode of season one, and we couldn't help but wonder what would be on the horizon for her in season two. The new episodes are streaming now, so head over to Netflix to find out.