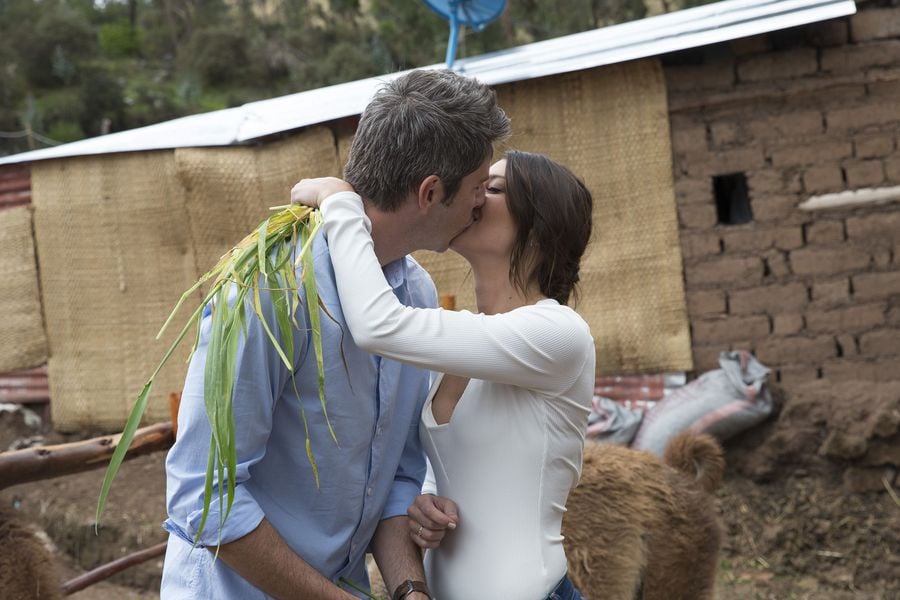 The Bachelor season finale was full of what all devoted fans expect: drama. Arie told both Lauren and Becca he was in love with them, but when it came down to it, he chose Becca Kufrin to propose to. Everything seemed totally fine and normal . . . until one doomed "happy couple's weekend."

In some behind-the-scenes footage shown on Monday's finale, we got a glimpse of engaged life with Becca and Arie. The pair could be seen cooking together, brushing their teeth together, laughing, loving — you know, all the normal things couples experience during engagement bliss. But the seemingly perfect images of Becca and Arie happy together did not last long.

These "happy couple's weekends" are a tradition with the show's engaged couples. They occur after their televised proposals, but before the audience sees who "won." So while we're watching the romance unfold every week, the final couple gets time to further build on their connection and not deal with the pressures of the entire country watching.

As we saw, what Becca thought was going to be some quiet time with her fiancé turned into a total nightmare. Arie confided in Becca that he wanted to see if there was a real possibility that he and Lauren could still be together. What followed was completely unedited footage of their conversation and Becca's reaction to Arie's revelation. We watched from our living rooms as Becca held herself together, fighting off tears and repeatedly asking Arie to leave.

Former Bachelor and Bachelorette contestants JoJo Fletcher and Jade Tolbert chimed in to let audiences know that this was not normal and was, in fact, completely inappropriate.

They don't FILM happy couple weekends... WHAT ARE THEY TELLING BECCA!?

To be ambushed on a happy couple's weekend is both nauseating and violating. Cameras did not need to be there. She showed him so much grace.

What should have been a private weekend for Arie and Becca to talk to one another and deal with this on their own terms was turned into an embarrassing and uncomfortable situation. Thanks, ABC.