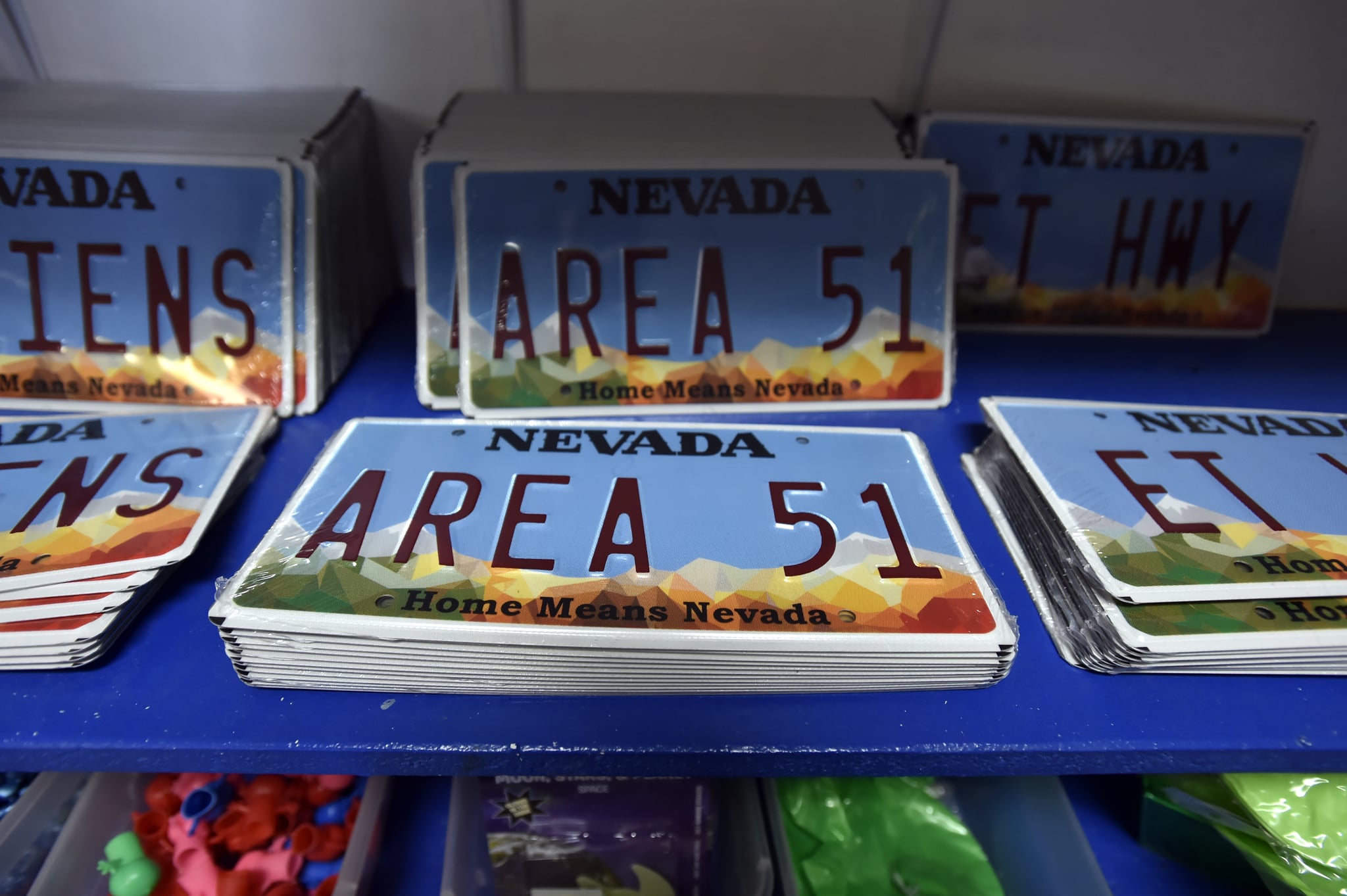 If you're on Facebook, chances are that you may have heard of the notorious "Storm Area 51" event, to which millions of users have now RSVP'd. The out-of-this-world ordeal started off as a joke after college student Matty Roberts watched Joe Rogan's podcast episode featuring Area 51 whistle-blower Bob Lazar, the subject of a recent documentary on Netflix titled Bob Lazar: Area 51 & Flying Saucers. The meme caught the Air Force's attention and brought Lazar and the film about his UFO experience back into the public radar. If you're wondering how this new documentary on Netflix ties into the event, read on to catch up with the recent alien invasion on your feed.

Here's a little bit of about Lazar's backstory. Most of us know Area 51, located in the Nevada Test and Training Range, to be a highly classified government facility shrouded in secret. Suspicions about this region originate from Lazar, who has often been dismissed as a conspiracy theorist. The Nevada facility first became widely known in 1989 when Lazar spoke with investigative reporter George Knapp. Lazar claimed to have been a physicist working on replicating an alien spacecraft for the government at S-4, a site south of Area 51. Allegedly, the UFO that he worked on (which was one of nine, according to Lazar) used an antimatter reactor and ran on the element 115, which was not yet synthesized. His assertions, of course, were controversial.

Lazar has mostly kept out of the limelight until the creation of this documentary, which is marked by editorialized narration, trippy graphics, and new interviews. Directed by UFO enthusiast Jeremy Corbell, the film has given Lazar a platform to talk earnestly about his experience and how coming forward with the information has affected his life. At the same time, it also weighs what nonbelievers have had to say about him.

Sceptics have not so much focussed on Lazar's claims as they have zeroed in on finding records about his personal background. Neither information about his education at MIT and Caltech nor his employment at Los Alamos National Labs (where he claimed to have worked) have ever been confirmed by officials. Yet a 1982 phone book had listed Lazar as one of the employees at the Los Alamos facility and a 1982 news clipping showed a profile of him. Now 60 and the owner of a scientific equipment company, Lazar suggests that the government had altered information to discredit him. In the documentary, he insists that he has no motivation to lie.

Regarding the Facebook sensation, Lazar has warned people not to participate. On Instagram — yes, he has an Instagram — he posted a screenshot of the event and urged his followers not to go. In part of his caption, he asserted, "Area 51 is a classified research base. There are no aliens or alien technology located there. The only place there was ever any alien technology was at Site S4, south of Area 51 proper."

The truth, they say, is out there. If the Area 51 event truly happens, perhaps it could inspire a separate documentary of its own.