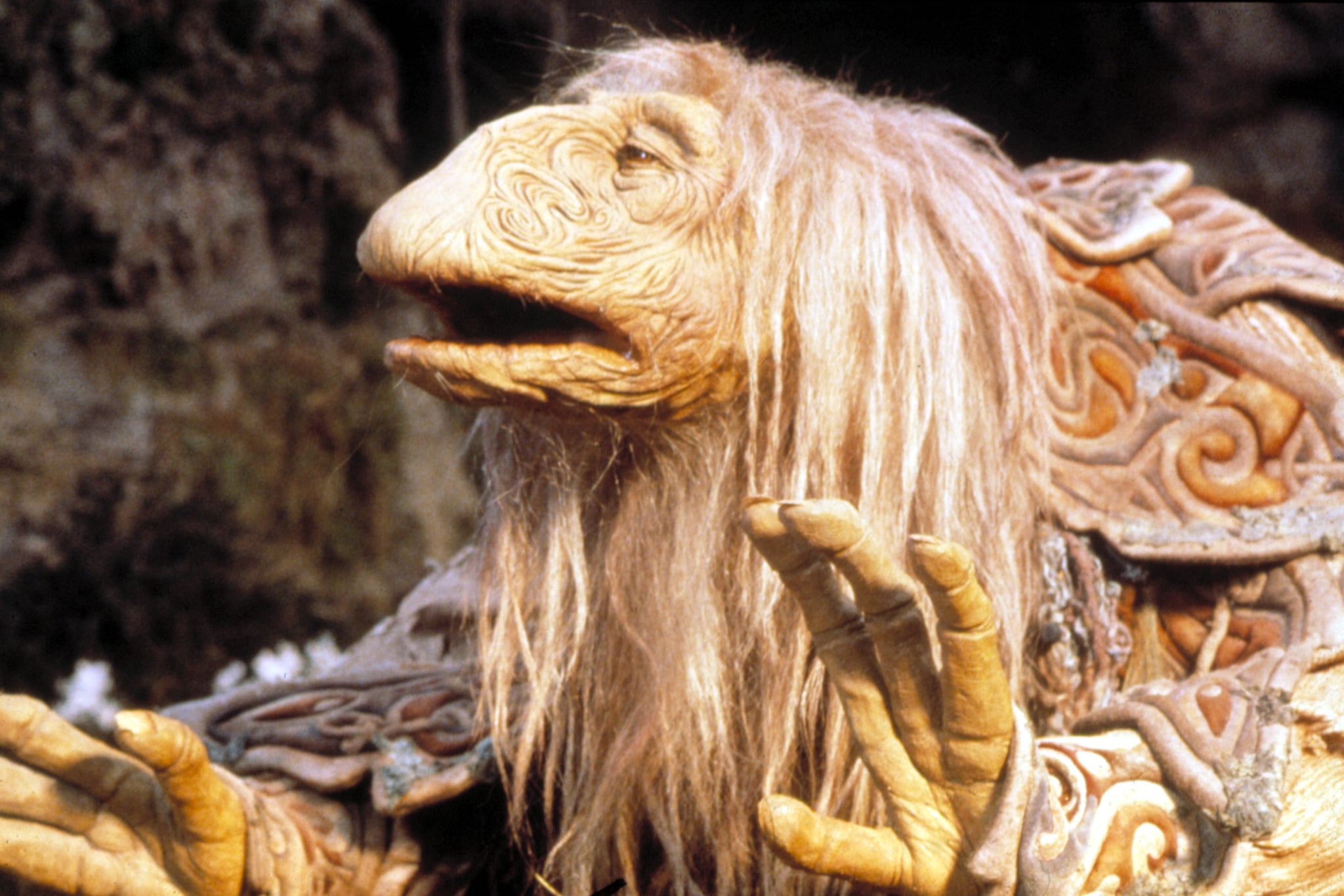 Netflix sure loves the '80s. Along with GLOW and Stranger Things, the streaming site is set to drop a prequel series to one of the decade's creepiest hits: the grotesquely detailed puppet masterpiece, The Dark Crystal. Dubbed The Dark Crystal: The Age of Resistance, the show will expand the alien world. It pays homage to the 1982 original film, which became a controversial cult classic as well as the source of nightmares for children everywhere.

Long before the days of lucrative fantasy franchises such as Harry Potter and Game of Thrones, there was this unsettling puppetry gem from Jim Henson and Frank Oz — the duo known for their sanitized, family-friendly work on The Muppets and Sesame Street. Visually, its detailed set design is dark, full of creepy details and foreboding movements. The Dark Crystal's themes are no different, focussed on death and power. Still, the film eeked by with a deceptively innocent PG rating and amassed a strong, if not slightly terrified, fan base.

Plot-wise, The Dark Crystal is straightforward. It revolves around a missing shard of a broken crystal. The crystal's fracture results in two races on the planet Thra: the nefarious Skeksis and the kinder Mystics. As the vulture-like Skeksis took over the world, the Mystics died out. A prophecy saw that a young Gelfling (a mostly extinct elf-like species) named Jen, whose family was killed by the Skeksis, would be the chosen one to save Thra. Jen learns from his dying master that he must track down the missing shard being kept by the astronomer Aughra and restore the crystal before the three suns meet. Should he fail to do so, the Skekris would rule forever.

Jen retrieves the crystal without much resistance, but he also has the Skekris on his tail after the Garthim Master becomes their new emperor. He manages to escape when they attack and kidnap Aughra. There's still a problem, though: he has no idea what to do with the shard. Along his quest, he befriends a wispy-banged Gelfling named Kira, who helps him figure out what steps to take next. Adventure and destiny, of course, follow. As they journey together, we encounter alien creatures of all kinds, including Landstriders, Podlings, and more.

Contentious as The Dark Crystal can be, it's an ambitious and visceral venture into world-building that presents viewers with a conflicted, nuanced hero at the centre of its imaginative narrative. Nearly four decades later, Henson's daughter Lisa will be one of the lead executive producers on the widely anticipated Netflix series, which consists of 10 episodes to be released in August. Much like its predecessor, The Dark Crystal: Age of Resistance relies predominantly on the old-school technique of puppetry as opposed to loading up the visuals with CGI. In addition to its crisp visuals, it boasts an impressive lineup of voices, including those of Taron Egerton, Mark Hamill, and Alicia Vikander. There's no doubt that the project will be a treat — for those who dare to watch it, of course.