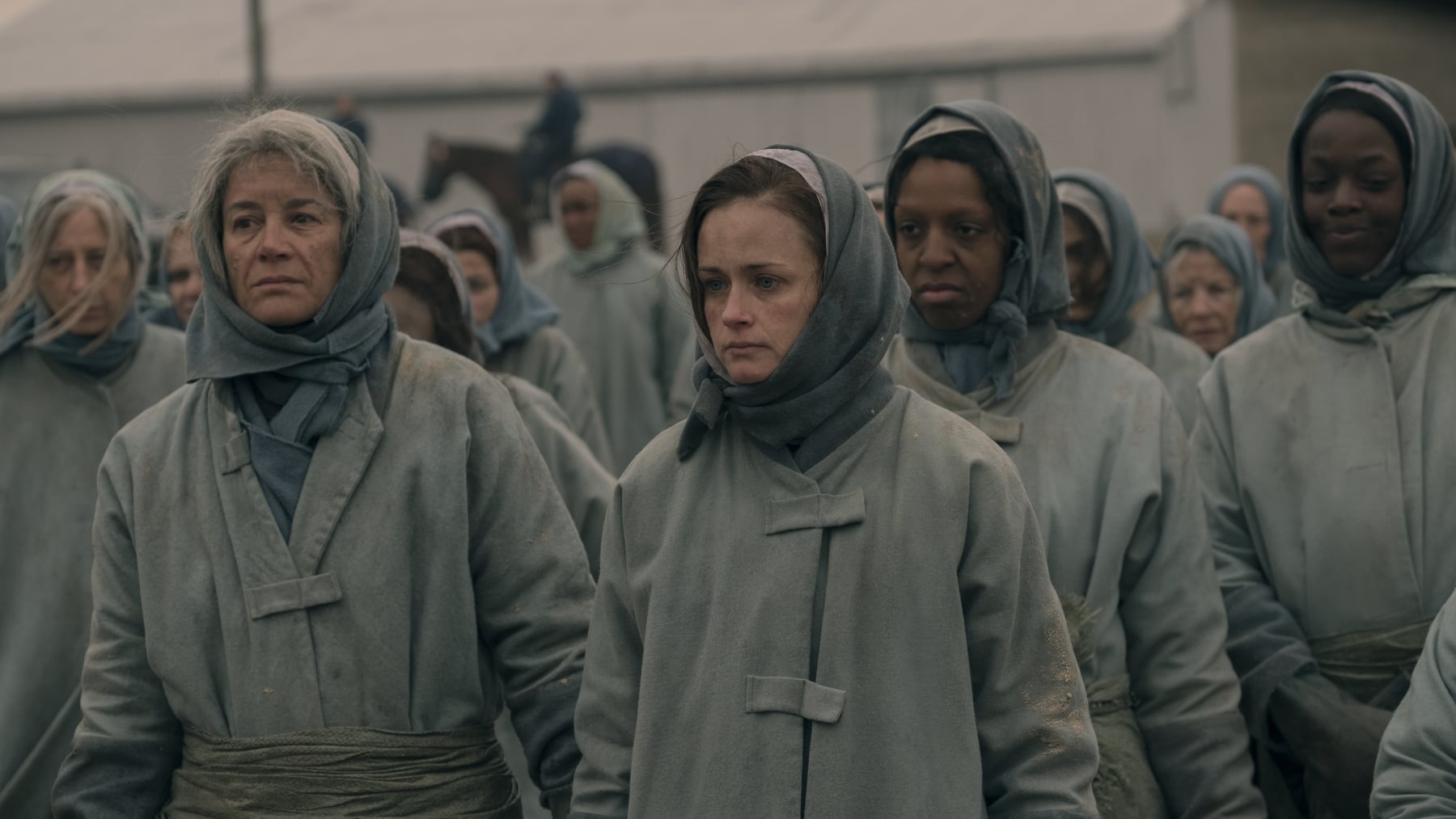 In Hulu's hit series The Handmaid's Tale, which just began its second season, women have been given very rigidly defined roles. Women like Offred, heartbreakingly played by Elisabeth Moss, who can bear children, have been forced into the role of Handmaids. Other women are maids (Marthas) or the wives of the leaders. Considering the violence, cruelty, rape, and dehumanization that all of the women are subjected to or forced to be a part of, the Republic of Gilead is not a good place for women. Being an "Unwoman" is quite easily even worse than them all.

Gilead thrives on gender roles, ones where women and men fill very particular spaces. An Unwoman is someone who has been determined to be useless for the Republic's needs. If she is unwilling or unable to satisfy the desires of the men, either through bearing children or their chores, she has no life within the Republic and is either killed outright or sent to the Colonies.

The Colonies, and the threat of them, loom over much of the first season. For former Handmaid and current Unwoman Emily/Oflgen (Gilmore Girls' Alexis Bledel), the Colonies are almost certainly a death sentence. The second episode of season two, "Unwomen," shows just how heartbreaking it is to be cast into the colony of Unwomen.

Relegated to living in grotesque squalor and back-breaking slave labor in dangerous conditions, the dehumanization these women have gone through is only the beginning. Unwomen in the colonies have been tasked with cleaning up toxic waste, which ravaged the land during the war that resulted in Gilead overtaking the United States. This job in and of itself is a death sentence, likely resulting in death within a few short months, but not without extreme pain first.

Emily/Ofglen in "Unwomen" is doing her best to retain a sense of who she is in this forgotten and deadly world. Considering how disastrous it is to be an Unwoman in the Colonies, it will be enthralling to see how this season develops this character at the brink of society.

Netflix
He's Alive! Jim Hopper Is Back in Netflix's Tense New Teaser For Stranger Things 4
by Brea Cubit 2 days ago

Aubrey Plaza
To Girlfriends! The Women of Parks and Rec Reunite For a Sweet Galentine's Day Photo
by Brea Cubit 2 days ago

Netflix
P.S. I Still Love You: I Can't Get the Dramatic "Moral of the Story" Song Out of My Head
by Karenna Meredith 3 days ago