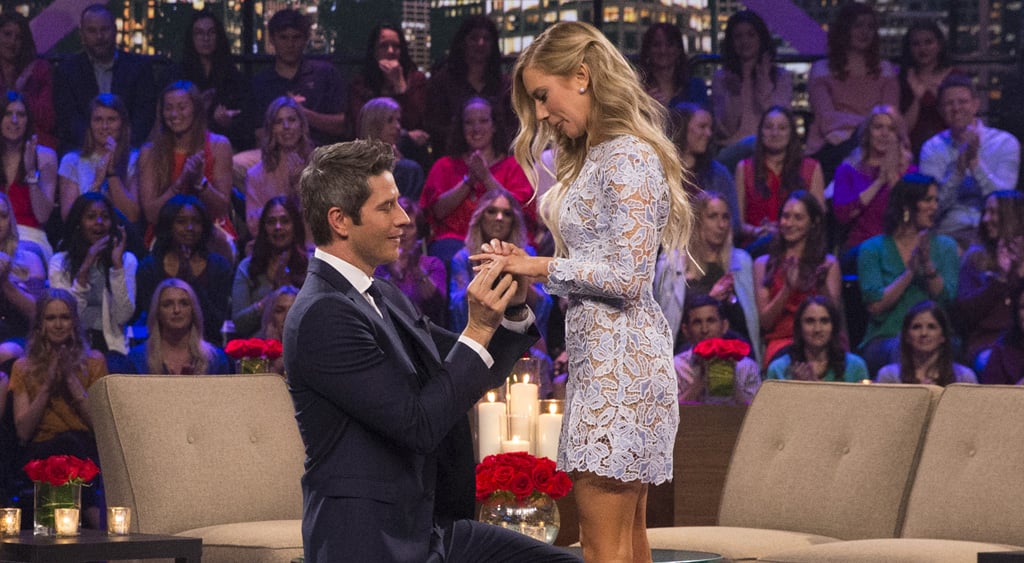 Warning: spoilers from The Bachelor: After the Final Rose lie ahead.

The Bachelor's Arie Luyendyk Jr. shocked the world when he broke up with his fiancée, Becca Kufrin, in a brutal unedited segment during part one of the show's finale, and then got back together with his runner-up, Lauren Burnham. As if that wasn't bad enough, the 36-year-old later got down on one knee and proposed to the 25-year-old during The Bachelor: After the Final Rose (while Becca was backstage) with a giant 3.5 carat Neil Lane ring. Naturally Lauren said yes, and now that the two are engaged, they've revealed when the wedding is going down. Warning: it's a lot sooner than you might think.

"We've already been planning it, even before the engagement," Arie told People. "We want to do it quickly!" By quickly, the race car driver means that the highly-anticipated wedding will take place sometime this year. "Love is not always perfect. Everyone finds each other in a different way. It's not always a fairy tale, but as long as Lauren and I have each other, we're happy."

The two admitted they'd consider filming their wedding, but haven't confirmed if it will actually happen. One person that we do know will be back on TV is Arie's original pick, Becca Kufrin. The 27-year-old was announced as the next Bachelorette after Arie proposed, and has already met some of her suitors. We can't wait to see how these love stories unfold!