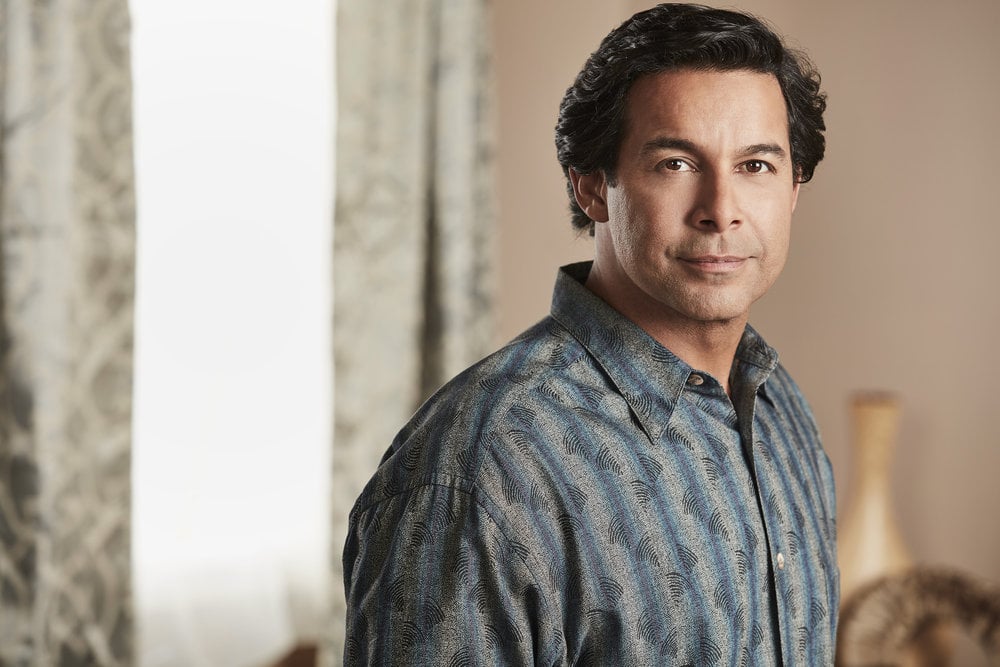 This Is Us spoilers ahead!

After dragging it out for what felt like years, it finally happened — Jack's crushing, heartbreaking, sob-inducing death on This Is Us. We're left with a lot of questions about how the series will proceed now that it's not leading up to this major moment, and fans are curious about Rebecca and Miguel in particular. When exactly did they get together? Does Miguel really deserve so much hate? Is he trying to be the new Jack? An interview in TV Guide with actor Jon Huertas, who plays Miguel, sheds light on what we can expect from this polarizing relationship in season three this Fall.

"This season we've got some cool stuff coming up. In the next season, we really open it up," Huertas told TV Guide. "There are still some people that still need some convincing," Huertas, who knows that a lot of viewers have negative opinions of Miguel, said. "We'll get more into [how] Kate and Randall react to the news of Rebecca and Miguel hanging out again."

Related:
Real-Life Nurses Reveal Exactly What Went Wrong in the Hospital on This Is Us

While it might be easy for some to view Miguel as the "replacement" in the wake of Jack's death, let's not forget that Jack's best friend and widow didn't get together for a long time after he died — eight years, to be exact. Before we knew how Jack died in season two, we found out that Rebecca and Miguel reconnected over Facebook (again with the realistic dynamics, This Is Us). Miguel put it honestly when he told Kevin he wasn't always in love with Rebecca because he always viewed Jack and Rebecca as "one, not separate." Miguel rooted for their marriage because his was nothing like it.

In another interview with TV Guide, Huertas said, "People thought from the beginning that there was some nefarious plan that Miguel might have had to take Rebecca from Jack, but I think maybe if people start looking back and thinking, 'Wait a minute, everything Miguel was saying to Jack was actually trying to keep Jack and Rebecca in a good place, keep them together.'"

As we get ready to see more of Miguel and Rebecca in flashbacks during season three after Jack's gone, it's important to know that Miguel never had a master plan — and most definitely doesn't want to replace his buddy Jack. "I think it's important that people don't think that Miguel is trying to replace Jack." I think we can all agree Miguel is a sweetheart.

Image Source: NBC
Jon HuertasThis Is UsTV
Around The Web

British Celebrities
Thought You’d Be Out All Summer? Think Again, Because Love Island Is Back
by Navi Ahluwalia 1 hour ago