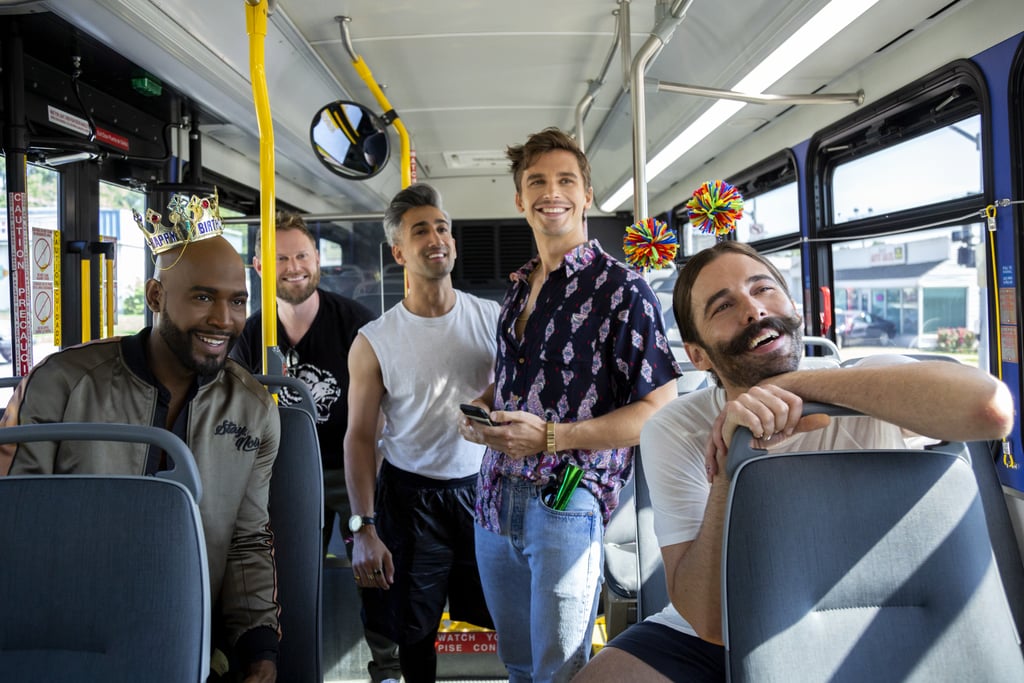 Are you guys ready to cry all the happy tears? Because Queer Eye season three officially has a release date, and the first-look photos already have us tearing up.

The heartfelt reality show premiered its first season in January 2018 and second in June, both to widespread critical acclaim (the show won an Emmy!). Now the series will return on March 15, ready to transform the lives of style-challenged, emotionally constipated (sorry) people in Kansas City, MO. The Fab Five — Antoni Porowski (food and wine), Bobby Berk (interior design), Jonathan Van Ness (grooming), Karamo Brown (culture), and Tan France (fashion) — are all on board, so more lessons about self-love, confidence, French tucks, sulfates in shampoo, and avocados are on the way.

To celebrate the season three announcement, Netflix not only released two brand-new photos from the season but also a single that Carly Rae Jepsen wrote to mark the occasion: "Now That I Found You." Check out all three before the new episodes drop in March, ahead!

Related:
Betty Who Reimagined the Queer Eye Theme Song, and the Music Video Is Pure Joy
Previous Next Start Slideshow
NetflixQueer EyeTV
Around The Web

by Christina Stiehl 32 seconds ago