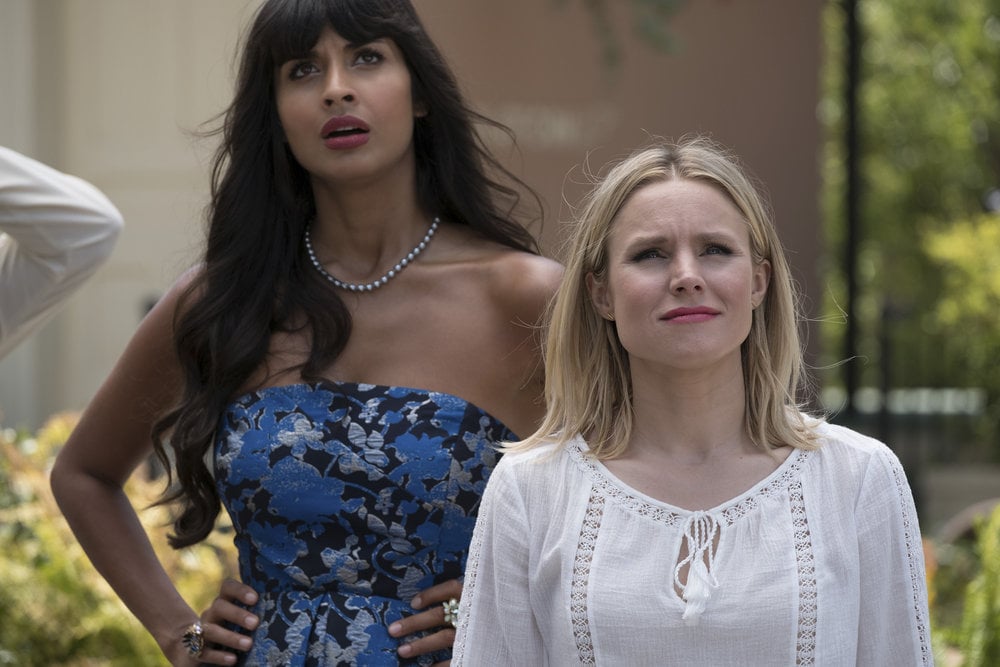 The last month of Summer is nearly upon us, and for some, that might be reason enough to freak out. But hey, look on the bright side — a new month means a ton of new titles hitting Netflix. The full list of what's going to replace the streaming giant's July selection has officially been unveiled, and it includes The Good Place season two. Great forking news, if we do say so ourselves.

The NBC comedy has received critical acclaim ever since its 2016 premiere, and has since aired two seasons, with season three set to debut in late September. The series stars Kristin Bell as Eleanor Shellstrop, a woman who dies and wakes up in "the Good Place," despite having spent much of her life acting like a huge, well, a**hole. As it turns out, there was a mix-up upstairs, and Eleanor mistakenly escaped "the Bad Place." She spends most of season one struggling hilariously to repent for her former life alongside fellow Good Place residents Michael (Ted Danson), Tahani (Jameela Jamil), Manny (Jason Mendoza), Chidi (William Jackson Harper), and Janet (D'Arcy Carden).

The first season ends with a jaw-dropping twist that sets the scene perfectly for season two, which you'll be able to stream on Netflix on Aug. 28. Before that happens, though, kill some time by laughing along with The Good Place's deeply funny gag reel.