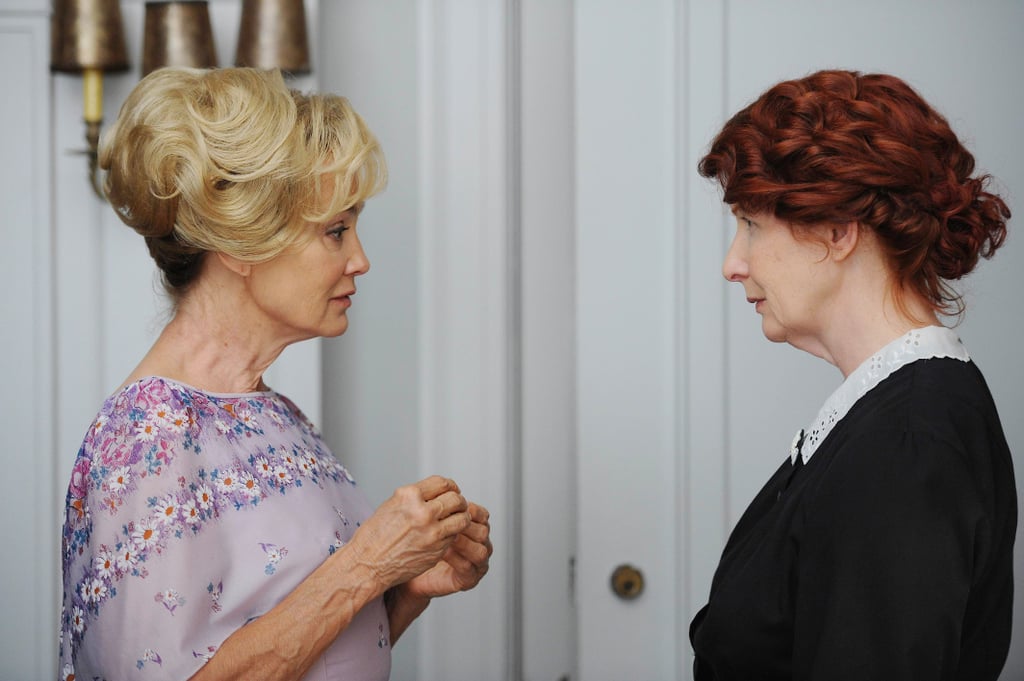 Constance Is Coming Back, Y'all! Jessica Lange Returns to American Horror Story Next Episode

After three seasons of American Horror Story without Jessica Lange, the fan-favourite is about to make her long-awaited return. Though we initially had our doubts, there's no way the crossover season could deny us of our forever Supreme. In the preview for the sixth episode of Apocalypse, it's revealed that Lange will appear as Constance Langdon, her Murder House character and the original caretaker to Michael Langdon.

It seems the episode, titled "Return to Murder House," will have Madison Montgomery and warlock Behold Chablis digging into Michael's past. After purchasing the cursed home, the two are then shown bumping into Constance, who asks the intruders, "Now who do you think you are?" Fans have since speculated that Constance might be stuck in the home after dying or being murdered within its walls.

It's also still possible that Lange will revive her Coven character, Fiona Goode, sometime this season. Though the witch was residing in hell last time we saw her, this season also managed to bring back Misty Day, who had a similar fate. For now, we're just happy to get at least one of her iconic characters back.