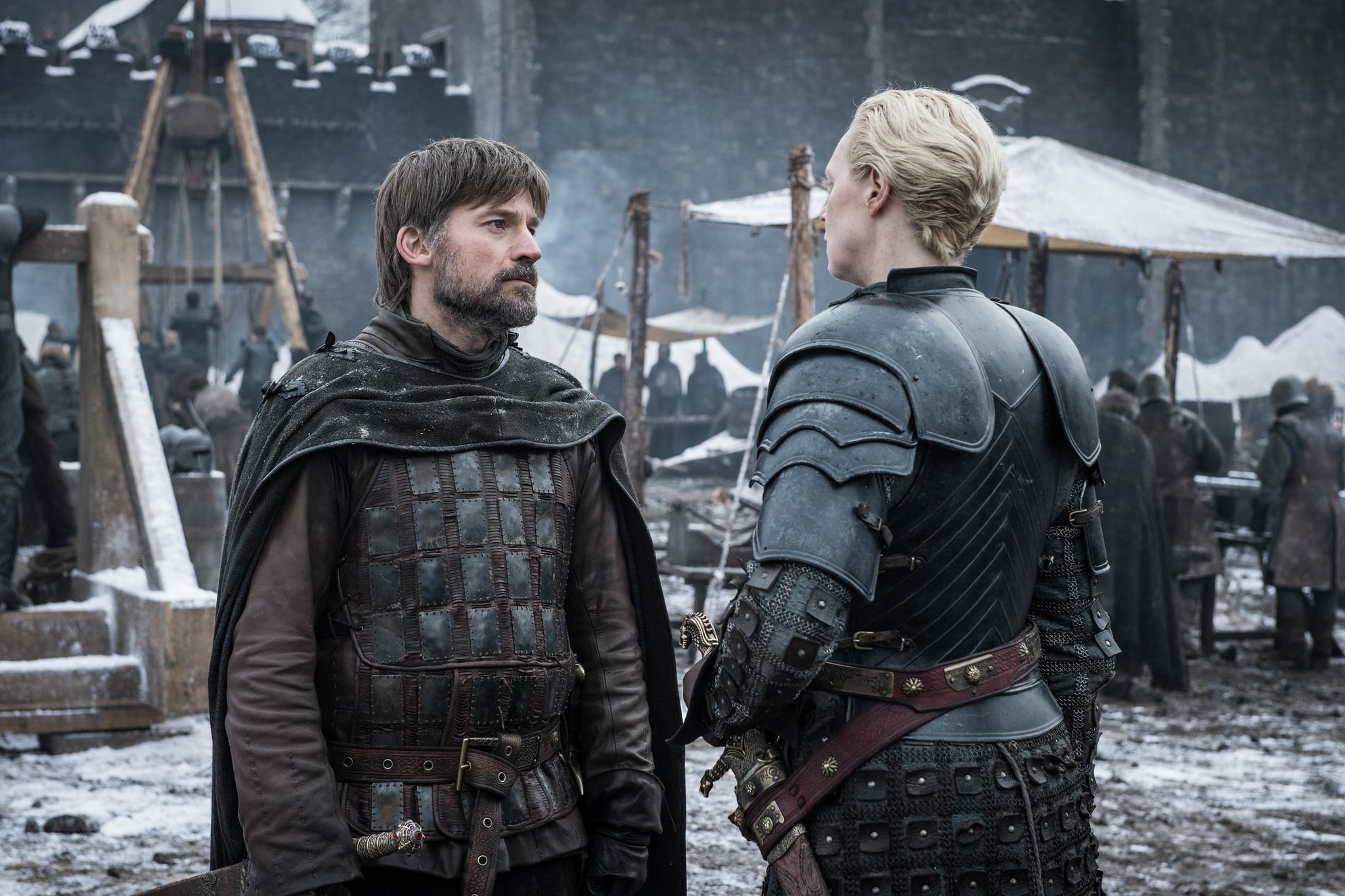 Ser Brienne of Tarth, a knight of the Seven Kingdoms, is now Lady Brienne's official title thanks to Jaime. But that beautiful moment that occurs during episode two of Game of Thrones season eight between the Kingslayer and Brienne may never have happened without the characters' last encounter at the dragonpit back in King's Landing. At the end of the season eight premiere, things weren't looking great for the Lannister knight. He begins the season's second episode pretty much where he ends the first one: standing before a long line of people who aren't too happy to see him. But Jaime's there because his word is worth risking his neck for. More importantly, he's there because Brienne's words about honour during their last encounter got to him in a major way, as he's quick to subtly remind her as he's making his case for why he should be allowed to fight against the army of the dead.

Related:
A Quick Refresher on How Jaime Got His "Kingslayer" Nickname

While Brienne and Jaime have had many scenes together over the years, their last one before reuniting at Winterfell is pretty intense. In the season seven finale, Brienne travels to King's Landing on Sansa's behalf to be part of Jon Snow's party as he tries to convince Cersei that the dead are marching on the Seven Kingdoms. Jaime's at the dragonpit parlay as well, but he's sitting by his sister, Queen Cersei. It's not the first time that he and the Lady of Tarth have been on opposing sides, but the moment feels more loaded than usual because of how high the stakes are.

Despite seeing a wight with her own eyes, Cersei is unmoved by Jon's pleas, especially when he refuses to stay neutral when it comes time for her and Daenerys to battle it out for the Iron Throne. When she decides to let the dead thin out the ranks of her enemies, she leaves the dragonpit with Jaime trailing behind her, but Brienne isn't content to watch a man she knows is honourable give in to his worst instincts. She stops Jaime and tells him that he needs to convince his sister to send her army North, and when he brings up honour, she says something that truly leaves the Kingslayer speechless — "f*ck honour."

Related:
Jamie Lost His Hand in Season 3 — This Is How It Happened

There's no doubt that Brienne's words spur Jaime to action, and are a major part of why he comes to Winterfell. He tells her as much when he drops a line about how survival trumps honour while pleading his case to Daenerys, Jon, and Sansa. Even though he's not directly speaking to Brienne, she knows his words are meant for her, which leads to her vouching for him with Sansa, and it no doubt plays a role in the knighting scene that occurs later in the episode. Brienne and Jaime have had far more tender scenes than the one that transpires in the dragonpit, but in retrospect, the moment Brienne shocks Jaime is also the moment that sets him on a course for Winterfell. For that reason, the last time Jaime and Brienne saw each other before his arrival in the North could very well be their most pivotal interaction to date.